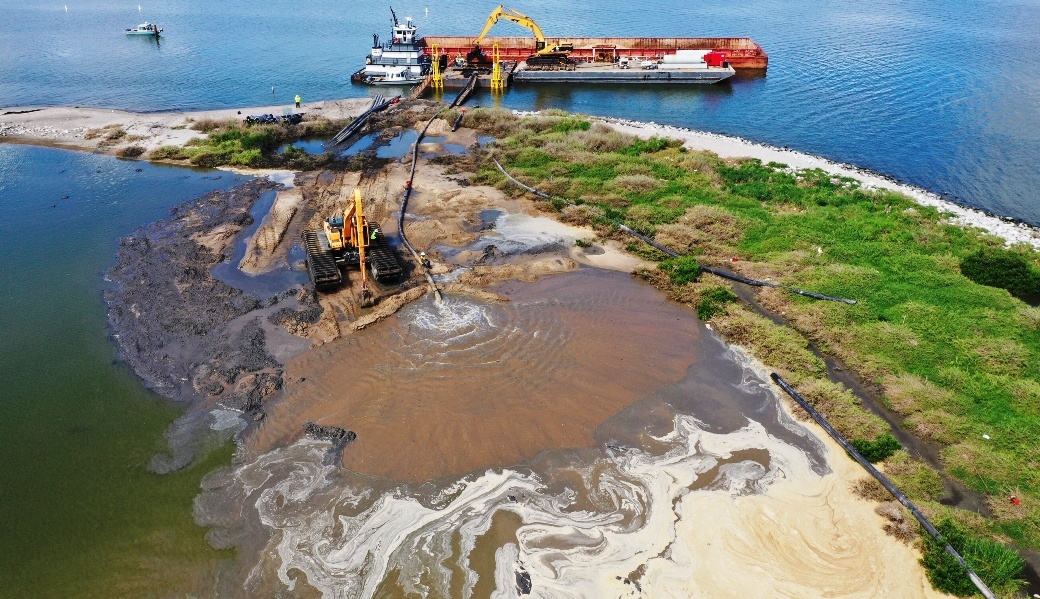 On December 2, 2021, the National Fish and Wildlife Foundation (NFWF) awarded over $103 million from its Gulf Environmental Benefit Fund (GEBF) to 11 new environmental restoration and resilience projects—plus two amendments to existing projects—in the states of Alabama, Florida and Mississippi.

Developed in consultation with state and federal resource agencies, the projects are designed to remedy harm (restore) and reduce risks of future harm (resilience) to natural resources that were affected by the 2010 Deepwater Horizon oil spill. 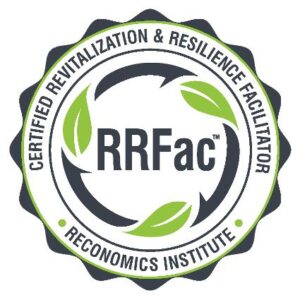 This dual agenda reflects the RECONOMICS Institute‘s dual focus on revitalization plus resilience, whereby the former heals economic, social and environmental crises, while the latter helps prevent them from happening again.

Combining the agendas helps ensure the success of both, by concentrating resources and enabling synergies. It also takes advantage of the fact that the same activities contribute to both: repurposing, renewing and reconnecting local natural, built and socioeconomic assets (AKA the “3Re Strategy“).

This funding represents the ninth round of awards from the GEBF, bringing the total awarded by NFWF to projects across the five Gulf States to nearly $1.6 billion.

“The awards announced today strengthen GEBF’s efforts to restore coastal habitats and protect biodiversity in the Gulf,” said Jeff Trandahl, executive director and CEO of NFWF. “These projects, combined with existing investments, continue to advance our goal of protecting and restoring species and habitats impacted by the 2010 Deepwater Horizon oil spill.”

As required under the plea agreements between the U.S. Department of Justice, BP and Transocean, the GEBF received funds from remedial orders that resolved certain criminal charges relating to the 2010 oil spill totaling $2.54 billion over a five-year period to be used to support natural resource projects in Alabama, Florida, Louisiana, Mississippi, and Texas.

Per the terms of the plea agreements, NFWF consulted with state resource agencies, as well as the U.S. Fish and Wildlife Service (FWS) and the National Oceanic and Atmospheric Administration (NOAA), to identify potential projects. The consultations ensure coordination between NFWF’s GEBF and the agencies’ related activities under the Natural Resource Damage Assessment and RESTORE Act programs.

The GEBF projects announced today continue to bolster ongoing Gulf Coast conservation outcomes and promote partnerships with local and state partners to further maximize sustainable benefits to coastal ecosystems. The list of the new 2021 GEBF projects and additional information on all projects in the Gulf Coast can be found here.

The NFWF Board of Directors approved the award of more than $43 million for four new projects in the state of Alabama. Three of the new Alabama projects focus on the construction of coastal habitat restoration projects to stabilize eroding shorelines and restore coastal marsh in Mobile County and on the north side of Dauphin Island.

Engineering, design and permitting for these projects were funded under previous GEBF awards. The fourth project will fund engineering and design of a significant beach and dune restoration project for the west end of Dauphin Island.

The number of awards from the GEBF in the state of Alabama now stands at 43, with a total current value of approximately $300 million. All projects were selected for funding following extensive consultation with the Alabama Department of Conservation and Natural Resources, FWS and NOAA.

The NFWF Board of Directors approved the award of nearly $33 million for one new project in the state of Florida. This new project will acquire and manage approximately 32,000 acres of wetland and floodplain habitat in the Apalachicola watershed, ensuring sufficient freshwater and nutrient flow to Apalachicola Bay and the Gulf of Mexico to support oysters and marine fishes.

This project is being co-funded by Walmart’s Acres for America Program, and additional information on that award can be found here. The number of awards from the GEBF in the state of Florida now stands at 45, with a total current value of approximately $290 million. All projects were selected for funding following extensive consultation with the Florida Fish and Wildlife Conservation Commission, the Florida Department of Environmental Protection, FWS and NOAA.

To date, the number of awards from the GEBF in the state of Louisiana stands at 13, with a total current value of more than $603 million. These projects were selected after extensive consultation with the Louisiana Coastal Protection and Restoration Authority, FWS and NOAA.

NFWF made its final awards from the GEBF in the state of Texas in November 2020, supporting 61 natural resource projects worth a total value of $203.5 million.

These projects were selected after extensive consultation with the Texas Parks and Wildlife Department, the Texas General Lands Office, the Texas Commission on Environmental Quality, FWS and NOAA. More information on projects in Texas can be found here.

The NFWF Board of Directors approved the award of nearly $27 million for six new projects and two amendments to ongoing projects in the state of Mississippi. The new Mississippi projects will expand and plan for future enhancements of artificial reefs across the Mississippi Sound and restore and protect vulnerable coastal habitats along the Mississippi Gulf Coast.

“These projects will be critical in my administration’s coastal restoration and preservation efforts,” said Mississippi Governor Tate Reeves. “One of my top priorities will always be to restore our coast to what it was before the Deepwater Horizon oil spill, so future generations of Mississippians can enjoy all the benefits it has to offer.”

The projects approved by NFWF for Mississippi are:

The total number of awards from the GEBF in the state of Mississippi now stands at 32, with a total current value of nearly $192 million. All projects were selected for funding following extensive consultation with the Mississippi Department of Environmental Quality (MDEQ), FWS and NOAA.

“The health of our natural resources is intertwined with the strength of the economy of South Mississippi. These projects, in addition to the others announced for this year, will continue the essential work necessary to enhance the coastal habitat so vital for marine life,” said Chris Wells, MDEQ Executive Director.

The National Fish and Wildlife Foundation (NFWF) works with the public and private sectors to sustain, restore and enhance the nation’s fish, wildlife, plants and habitats for current and future generations. Chartered by Congress in 1984, NFWF has grown to become the nation’s largest private conservation grant-maker, funding more than 19,700 projects and generating a total conservation impact of $6.8 billion.