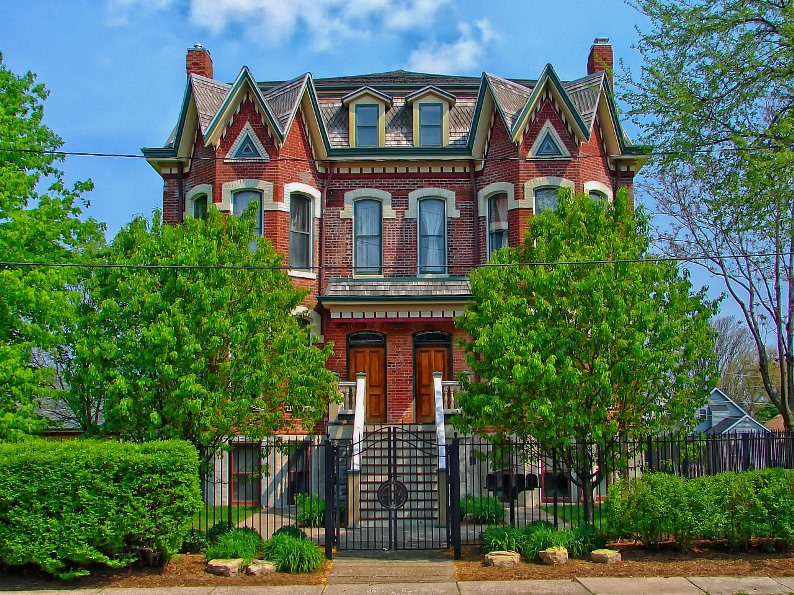 On August 15, 2022, Illinois Governor JB Pritzker and the Illinois Department of Commerce and Economic Opportunity (DCEO) announced that $106 million in capital grants had been awarded to revitalize 50 commercial corridors and main streets throughout Illinois.

In addition to the $106 million in state funding, projects offered an additional $109 million in matching grant funds, for a total investment of $215 million.

“The Southland has long been neglected and suffered from disinvestment, but today’s announcement shows us that the tide is turning,” said State Rep. Debbie Meyers-Martin (D-Olympia Fields). “With Richton Park’s revitalized Town Center anchored by our Metra stop, we are showing the region what it means to create a community people want to work, shop, and raise their family.”

“Our administration knows that the road to recovery must include economic opportunities for our most vulnerable so we may all move forward together,” said Lt. Governor Juliana Stratton.

“The Rebuild Illinois Downtowns and Main Streets grants invest in communities that have for too long been disinvested, creating a pathway to make needed improvements that uplift residents and revitalize regions across the state,” she continued.

The state originally allocated $50 million in funding for this project in 2021. However, due to the high quality of applications and ongoing need, as well as the number of projects eligible for federal COVID relief funds, funding for the program increased by $56 million for a total of $106 million in investments benefiting 50 total communities. The increase in funding allowed the state to support an additional 29 community revitalization projects.

“The Times Theater has a special place in Rockford’s history, and thanks to a grant from Rebuild Illinois it will have a special place in our future as well,” said State Senator Steve Stadelman (D-Rockford). “Revitalizing our downtown and its historic buildings is not just for entertainment: projects like this tell visitors and residents alike that Downtown Rockford will remain a catalyst for economic growth throughout the region.”

The RBI Downtowns and Main Streets Capital Program is designed to support local commercial corridors, with concentrations of businesses that experienced difficulties during the pandemic due to declining foot traffic, tourism, and business from downtown offices. The program drives investment in infrastructure and public amenities that continue to fuel economic activity as more Illinoisans patron their local town centers.

Grants awarded through the program are located in a commercial center or downtown area and include a variety of projects, such as the restoration of historic buildings, parking and street improvements, construction or improvement of outdoor venues or plazas for public use, sustainability upgrades, structural repairs and other projects benefitting the larger community. Grants range from $398,552 to $3 million in funding.

Leaders across the state lauded the investment:

“Today’s announcement illustrates why the General Assembly continues to prioritize Rebuild Illinois every year,” said Speaker of the House Emanuel “Chris” Welch (D-Hillside). “We have proven that we can be fiscally responsible and make groundbreaking investments in our communities.”

“Edwardsville and Collinsville both have amazing opportunities ahead of them, and this Rebuild Illinois grant sets them up for success,” said State Rep. Katie Stuart (D-Edwardsville). “I couldn’t think of a better use of grant dollars than investing them in high traffic areas used by all.”

“Residents depend on reliable, safe transportation to prosper in their communities and spur economic development in the region,” said State Senator Christopher Belt (D-Swansea). “The $1.2 million investment in the Village of Fairmont City will create jobs for residents to maintain roadways, design streetscape and improve drainage infrastructure.”

“Today is a great day for the Metro East region,” said State Rep Jay Hoffman. “This is needed funding that will create jobs, spark investment and enhance the quality of life for residents in our communities. I appreciate that our governor has made this area a priority for state investment and look forward to working together on projects that further enhance our region.”

“Broadway Avenue is at the heart of our Aurora community, and it is time for a makeover,” said State Rep. Barbara Hernandez (D-Aurora). “Thank you to Governor Pritzker for investing in our downtowns, where people come from all over to work, live and play.”

“Because of Rebuild Downtowns and Main Streets, Rockford is expected to receive over $5 million for our downtown area,” said State Rep. Maurice West (D-Rockford). “This means more opportunities for building trades on the projects and ultimately workers in the businesses. Thank you, Governor Pritzker, for putting Rockford to work.”

“This funding will provide a vital boost to commercial centers in St. Clair and Madison County, where so many businesses have been hurt by the recent inflationary spike,” said State Rep. LaToya Greenwood (D-East St. Louis). “New infrastructure projects in our downtown area also improve the safety, reliability and efficiency of the local supply chain. These simultaneous benefits help build a stronger future for all Illinois families, and I thank the DCEO and Governor Pritzker for their good work.”

“I couldn’t be prouder of AltonWorks and I look forward to seeing what they do with their Rebuild Illinois award,” said State Rep. Amy Elik (R-Alton). “It is easy to see why their work is gaining attention across the State and I am glad the Governor is here to see it.”

“Take a walk or drive down any Main Street in the Metro East, and you’ll be met with character, historic buildings and cultural history,” said State Senator Kris Tharp (D-Bethalto). “The combined $7.6 million investments into Alton, Collinsville and Edwardsville will create jobs for residents, modernize infrastructure, and encourage patrons and visitors to explore their local downtown.”

“Main streets and downtowns across Illinois serve as hubs for businesses and economic activity but are also places where families and friends gather to create enduring memories,” said DCEO Director Sylvia I. Garcia. “Governor Pritzker doubled the amount of funding for these grants in recognition of the critical role main streets play in creating jobs and improving quality of life across our great state. We’re proud to be investing $106 million in 50 projects that include development of business incubators, a co-op community grocery store, revitalization of historic buildings, and other essential infrastructure improvements that will play a vital role in economic development and revitalize commercial corridors for generations to come.”

Here are the revitalizing projects that have been funded:

Sources of funding for the RBI Downtowns and Main Streets Capital program include Rebuild Illinois—the historic $45 billion plan pr4viously documented here in REVITALIZATION— and the state’s first comprehensive capital plan in more than a decade.

“I am thrilled to announce that we are doubling last year’s investment in our Downtowns and Main Streets Capital Grant program to include over 50 communities throughout Illinois to modernize downtowns, address long-awaited infrastructure needs, and boost local economies — in turn, bettering the quality of life for our state’s residents,” said Governor Pritzker.

“With that upgraded infrastructure comes economic opportunity: more jobs, more business growth, and more money pouring into the communities that need it most — and that’s what Rebuild Illinois is all about,” he added.