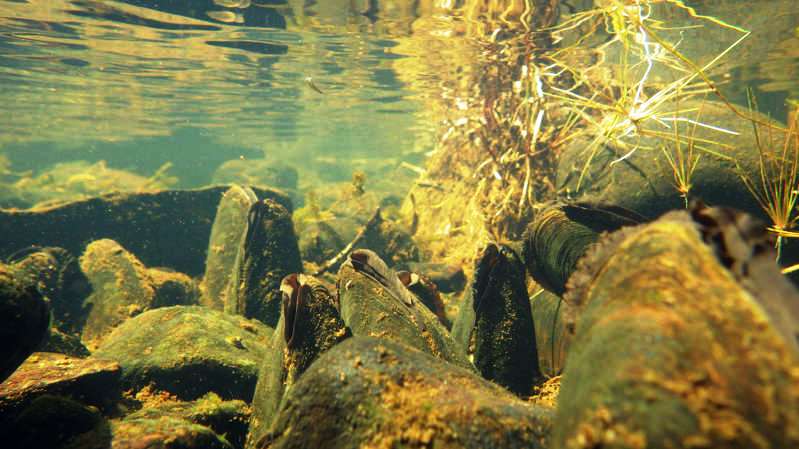 The projects—spanning North East & Scottish Borders, Cumbria and South Yorkshire—will focus on restoring internationally important species and habitats of Special Areas of Conservation (SAC) and Special Protection Areas (SPA), and will be radically rejuvenated over the next five years by partnerships led by Natural England and funded by EU LIFE.

Natural England Chair Tony Juniper said, “These innovative partnership projects present highly tangible examples of the efforts being made to protect and restore critically endangered species and habitats. From the conservation of freshwater pearl mussels in Cumbria to storing carbon in lowland raised bog in South Yorkshire, these new Nature recovery projects are among a series of initiatives through which Natural England is taking the lead in tackling the biodiversity crisis and climate change challenge.”

“I’m hopeful that these Nature recovery projects will inspire more action across the country, enabling more people to enjoy wildlife-rich natural landscapes into the future,” he added.

In North East England and the Scottish Borders, the LIFE Water and Disturbance Environmental Restoration (WADER) will receive a share of £5.8 million to improve the ecological condition of more than 49,000 hectares of habitat and water quality within the river Tweed catchment, Tweed estuary and the Northumberland Coast.

“By working together with communities, businesses and NGOs, Natural England and the Environment Agency are showing what works on the ground so that we can scale up ambition and investment in the next crucial decade,” she explained.

In Cumbria, the LIFE R4ever Kent project aims to increase the critically endangered freshwater pearl mussel population along parts of the River Kent. Freshwater pearl mussels can filter up to 50 litres of water a day. Through their filtration, they can improve water quality for other species such as fish, eels, otters and more.

The Thorne Moor Special Area of Conservation (SAC) in South Yorkshire is the largest area of lowland raised bog in England as well as being one of Western Europe’s rarest and most threatened habitats, and part of the last remnants of a large wetland that occupied the Humberhead Levels floodplain thousands of years ago.

Dr. Aileen Mill, Director of Expertise for Ecosystems at Newcastle University said, “Researchers within the School of Natural and Environmental Sciences are excited by the opportunity this funding offers to strengthen our existing partnerships across the North East.”

“The WADER project is a great demonstration of the interdisciplinary expertise we have in the school as the project brings together ecologists, social scientists and modellers. Working alongside practitioners, we will be investigating and evidencing the impact of the planned project work. Participation in WADER will allow students and researchers to have direct input to restoration of ecosystems from farm to coast,” she concluded.

The Kent population has suffered a significant decline in recent years due to pollution, degraded habitat conditions, no natural survival of new juvenile pearl mussels and low genetic diversity. This project will reverse this trend and create a self-sustaining population.

Paul Learoyd, Lincolnshire Wildlife Trust Chief Executive, said “We are delighted that by working with Natural England, we have secured funds for land acquisition and land management advice to landowners in and around the amazing Natura site at Thorne and Crowle Moor.”

“We are working across the Humberhead Levels with partners to secure the recovery of nature at a landscape-scale. This project particularly focuses on peatlands and we are excited to be working with the IUCN on trialling the peatland code in a lowland context. Excellent news for the new year!” he added.

Since 1992, LIFE has co-financed more than 4500 projects. The projects’ sites have seen an increase in visitors during the pandemic, and are popular for those appreciating wildlife, seeking solace in nature, or enjoying outdoor recreation.