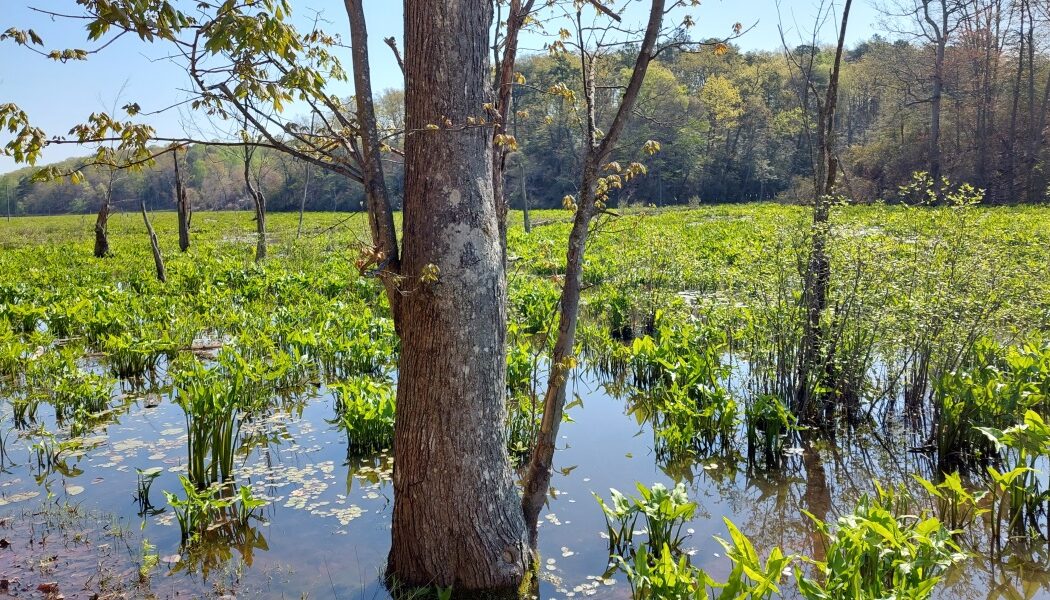 On May 2, 2022, the U.S. Environmental Protection Agency (EPA) announced the award of $40 million from the Bipartisan Infrastructure Law (BIL) for actions to help restore the Chesapeake Bay, both to advance efforts to promote environmental justice and to counter climate change.

Congressman John Sarbanes said “The Chesapeake Bay Watershed, like the rest of Maryland’s infrastructure, must be revitalized to support the local economy and withstand the effects of climate change. This first allocation of funding through the Bipartisan Infrastructure Law is a down payment on the future of the Chesapeake Bay that will help it meet pollution reduction targets and strengthen the critical partnerships that are central to the ecosystem and community.”

The $40 million is part of $238 million targeted for the Chesapeake Bay region over five years under the infrastructure law.

“I am pleased to announce the new funding that will help support ready-to-go projects throughout the 64,000-square-mile Chesapeake Bay watershed,” said EPA Deputy Administrator Janet McCabe. “This unprecedented funding can go straight into projects that will protect public health, improve water quality and help restore lands, rivers and streams that impact the Chesapeake Bay – from farm fields to suburban neighborhoods to city streets.”

The $40 million includes $25 million to be administered through the National Fish and Wildlife Foundation’s (NFWF) Chesapeake Stewardship Fund ($15 million in Small Watershed Grants and $10 million in Innovative Nutrient and Sediment Reduction grants).

Congressman C.A. Dutch Ruppersberger said “This is game-changing funding that will enable us to build on the progress we have made in restoring the Chesapeake Bay and protecting the hundreds of thousands of people who depend on it for their livelihoods. The Bay is one of Maryland’s most valuable economic and ecological resources and needs our support if we want to meet pollution reduction targets and ensure it remains healthy for generations to come. This is exactly the type of common-sense investment Marylanders want and expect and a primary reason I proudly supported the Bipartisan Infrastructure Law.”

The other $15 million will be distributed to the six watershed states and the District of Columbia under the Most Effective Basins (MEB) program, 40% of which will be targeted for MEB projects in environmentally overburdened communities.

U.S. Sen. Ben Cardin said “The latest federal investments in the Chesapeake Bay Program, which come through the bipartisan infrastructure law, provide an historic opportunity to advance considerably the partnership, particularly with on-the-ground projects to support stream and shoreline restoration and improve stormwater and agricultural management. This is particularly important as we confront increasing pressures on our watershed from climate change such as extreme weather events. These federal investments also get more people engaged in the Chesapeake Bay restoration efforts, which is a victory in itself.”

Another $7.8 million in first year BIL funding to the CBPO will be used primarily for competitive grants for on-the ground restoration projects.

Congressman Kweisi Mfume said “Clean water is the key to life on our planet. The Chesapeake Bay has come a long way, but we still have a lot of work to do to continue its resurgence by building a better environment with improved and sustainable fisheries here in Maryland and the mid-Atlantic. This $40 million down payment of $238 million for the Chesapeake Bay fund will help tributaries leading to the largest estuary in the United States become cleaner, healthier and more accessible to recreational users now and for future generations.”

Maryland State Senator Sarah Elfreth said “The infrastructure and Jobs Act will have a watershed-wide impact, delivering a huge infusion of new funding to install practices in the most cost-effective places – all while supporting local jobs. This support could not come at a better time in the Bay movement.”

The $25 million in NFWF funds will be awarded competitively to communities, non-profit groups, conservation districts and others for projects and plans to protect and restore local streams and habitat in the Bay watershed. Specific projects are expected to be announced in September.

U.S. Sen. Chris Van Hollen said “A clean Chesapeake Bay is crucial to the success of our state’s economy and the health of our environment. That’s why we fought to secure historic funding for the restoration of the Bay through both the annual government funding legislation and the infrastructure modernization law. I’m proud to join my colleagues, the EPA, and the National Fish and Wildlife Foundation in announcing this significant investment in efforts to reduce pollution flowing into the Bay watershed, continuing our progress towards meeting the goals of the Bay Agreement and advancing our efforts to fight environmental injustices. I will keep working in the Senate to preserve the Bay for generations to come.”

McCabe announced the funding on the grounds of MedStar Harbor Hospital in the Cherry Hill section of Baltimore, where a green infrastructure project – provided through CBPO funding – in in this environmentally challenged neighborhood is preventing millions of gallons of stormwater each year from entering the Patapsco River that leads to the Bay.

U.S. EPA Mid-Atlantic Regional Administrator Adam Ortiz said “This a major step forward, thanks to the Biden Administration and the Bipartisan Infrastructure Law, to change the trajectory in restoring the rivers, streams and lands that impact the Chesapeake Bay. This funding will not only help farmers, local leaders, state agencies and non-profit groups making tremendous efforts towards the Bay restoration but real help to local communities who need it the most.”

Photo of wetland in Calvert Cliffs State Park on the western shore of the Chesapeake Bay is by Storm Cunningham.