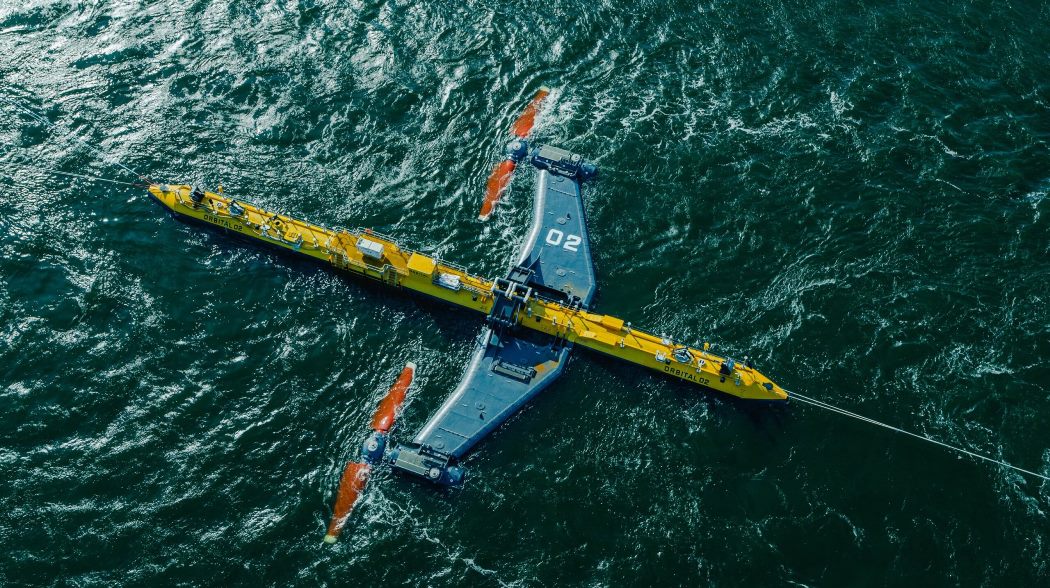 The renewable energy company Orbital Marine Power, says that on of their key objectives is reducing carbon emissions by harnessing an entirely untapped source of renewable energy.

In doing so, they aim to help restore our oceans, after what has been a disastrous decline in species and ocean health over the past two centuries.

Here’s what orbital says about their efforts:

We are fortunate in the UK that we have a well-established environmental licensing framework for the deployment of tidal turbines in the marine environment, which has led to extensive environmental characterization and monitoring of tidal stream sites with and without technologies deployed.

Innovative environmental monitoring research programs have looked at a myriad of characteristics and areas of interaction.

Nowhere has been home to more of these efforts than at the European Marine Energy Centre (EMEC) in the Orkney Islands of northern Scotland, Orbital has now tested three grid-connected turbines alongside numerous other marine energy test programs.

Evidence from around 10,000 hours of wildlife observations at EMEC’s sites has indicated no significant long-term changes in the distribution of birds or marine mammals due to the presence and operation of wave and tidal devices.

Orbital is currently progressing an acoustic survey of its O2 tidal turbine, conducted by EMEC under the Horizon 2020 FloTEC and FORWARD 2030 projects, to better understand the “noise signature” of the O2.

This, and other monitoring programs around projects, will continue to advance the understanding of the ecologies we deploy our technology in and the interactions it may have.

The Orbital team is committed to increasing the understanding of potential environmental interactions associated with the large-scale deployment of tidal stream technology (see further reading below) and we’re doing our part to support more extensive environmental monitoring programs.

Furthermore, we are cognizant that, as deployed turbine numbers grow in the years ahead, the environmental risks may change and for this reason, we need to remain diligent and proactive by continuing to study and assess environmental interactions with our technology.

It’s also important not to lose sight of the fact that man-made climate change is by far the biggest threat to the world’s marine life.

And on this aspect, you will have seen in a previous blog we also conducted a full assessment of the carbon footprint of the first O2, which concluded that while the project can run for 20 years, it can offset from the UK grid mix the carbon emitted by the project within 11 months if it is assumed that the electricity being generated is offsetting gas power generation, which is often the case in the UK.

Ultimately, we are confident that tidal stream projects, deployed with recyclable hardware, licensed within a robust environmental assessment framework and monitored to gain a better understanding of any potential environmental impact, either positive or negative, are highly responsible, sustainable forms of development that will deliver environmentally benign economic activity while helping turn the tide on climate change.

To get a sense of the slow, rhythmic speed of O2’s rotors turning, see this animation clip.