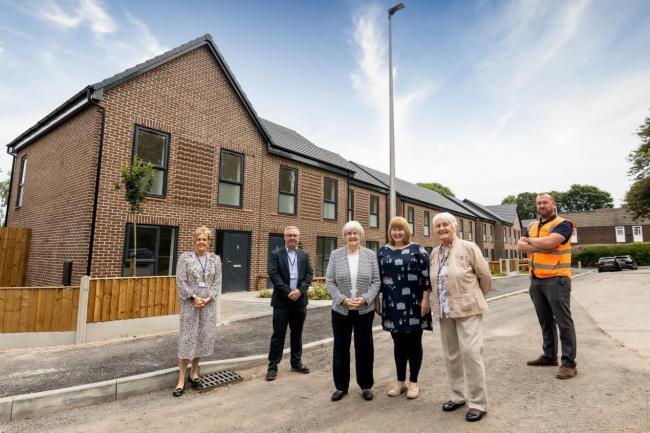 A derelict site in Runcorn, England has been redeveloped and revitalized into 16 brand new affordable homes that are designed to help regenerate the area.

The land in Tanhouse has been completely redeveloped by Plus Dane Housing and will now be known as Cole Court, in memory of councillor Arthur Cole, who served the community for 42 years until his death in 2017.

The first occupants of the new two-bedroom affordable rent homes moved in in early July.

Plus Dane’s chief executive Ian Reed said, “It is fantastic to see these homes completed, with families eager to move in. To be able to provide the area with affordable homes that are beautifully designed, high quality and efficient is something we have wanted to do for a long time, and we know it will have a positive effect not just for our customers but on the whole neighbourhood.”

Councillor Cole’s wife Edith, known as Teddie, was given a look around the new homes before the new occupants move in. She said, “I was really impressed looking at the houses, and Arthur would never have thought in a million years part of an estate would be named after him, but I think he’d really like it. He worked very hard for the area, and it’s nice to see that appreciated.”

Steve Gregory, construction director at ENGIE UK & Ireland, said “We’re delighted to have safely and successfully completed work on this development in partnership with Plus Dane, which has seen a once derelict site transformed into much-needed affordable housing.”

“These homes will be a great addition to Runcorn, bringing new people to the area and improving it for the benefit of existing residents,” he concluded.

The Tanhouse site has been derelict for some years and the accommodation was previously bedsit-style flats. On the negative side, Plus Dane Housing needed to acquire the Old Transporter pub, which was privately owned, and demolish it before work could go ahead, so a bit of heritage was lost along the way.

Photo courtesy of Plus Dane Housing.