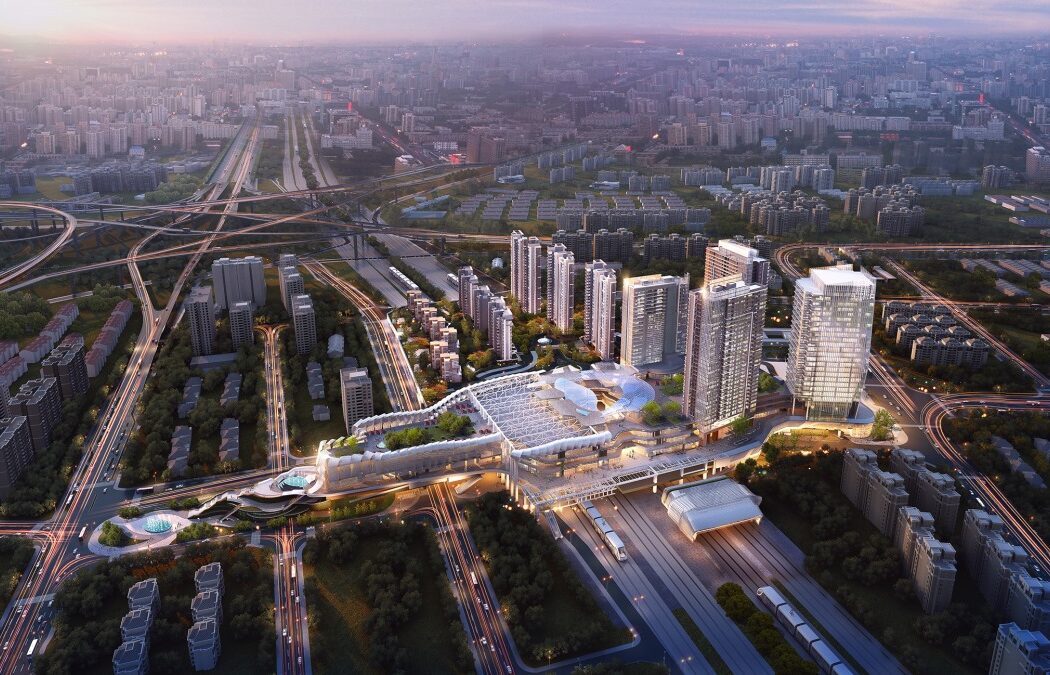 The TODTOWN in Xinzhuang redevelopment took place on an enormous, newly-built second-floor platform that stitched together two plots of land, north and south, that were previously divided by railway lines. This unification has created a city sub-centre, where a transit interchange hall and a shopping mall have been merged into one multi-purpose transportation hub.

It’s a prime example of the 3RE strategy in action: repurpose, renew, reconnect (as described in Storm Cunningham’s new (January 2020) book, RECONOMICS: The Path To Resilient Prosperity. It’s revitalizing the area by repurposing the vacant land on each side of the tracks, as well as the airspace above the existing metro station. It then renewed that vacant land with new buildings, and finally reconnected both sides of the tracks to complete the revitalizing effect. 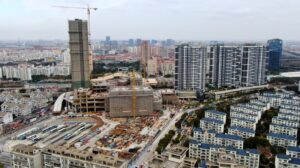 The project was built over two subway lines that remained in normal operation throughout the construction process, with an average daily flow of over 250,000 passengers. RLP applied sophisticated methodologies and cutting-edge technologies to optimize construction in these restricted conditions.

With over 60 TOD projects across China planned and designed by TOD experts at Ronald Lu & Partners, the TOD model is visibly becoming a new standard for urban development. Tianhui TODTOWN takes this model to the next level: what RLP refers to as TOD 4.0. 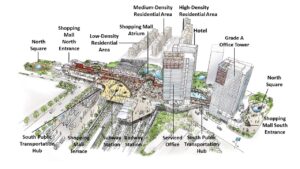 “In Asia, where many countries are continuing to experience migration from rural to urban areas, urban planning still inappropriately adopts a number of North American design characteristics – in particular vehicle-centric planning. If this continues, many tier 1 and tier 2 cities in China will likely swell to double or triple their current size, leading to huge energy and carbon footprints. TOD promotes a symbiotic relationship between public transportation complexes and dense multi-functional urban spaces. TOD 4.0 adds a ‘double layer effect’ that designs a better life for even more communities,” says Bryant Lu, Vice Chairman of RLP.

RLP’s TOD 4.0 plan for Tianhui TODTOWN envisages a comprehensive megacity hub designed for all weather conditions, with convenient transportation options for both passengers and vehicles; it is also a place that provides favorable conditions to attract and retain talent, enhances the value of the surrounding land, and lays the foundations for the redevelopment of adjacent regions in the future.

Shanghai Tianhui – a feat of design and engineering 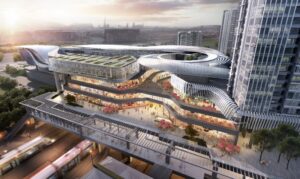 When the project is fully completed in 2024, it will become an engine to spur further redevelopment in the greater Shanghai area.

Bryant Lu remarks concludes, “The TOD model helps unlock the potential of cities and saves energy while still benefiting residents. Quite simply, this is the best solution for the continued urbanisation of China. With more than 10 years of experience in such projects, RLP is a TOD pioneer. We first released our “Top Ten Principles of TOD” five years ago, explaining how to resolve environmental, social and economic issues through design. With TOD 5.0, we will help create advanced green communities that have public transportation at the heart of their design.” 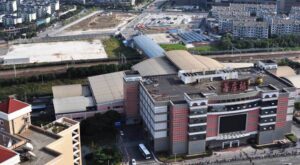 The TODTOWN site before the project built on top of the existing metro station. You can see how the area was divided by the train tracks prior to being reconnected by TODTOWN. It’s a great example of the 3Re strategy—repurpose, renew, reconnect—described in RECONOMICS.

In addition to projects in first-tier cities in China, RLP is creating and developing flagship TOD projects in other major cities. Among these, Shunde ICC Country Garden Sanlonghui perfectly showcases the symbiotic design concept of TOD 4.0 – demonstrating that a harmonious relationship between people and the land is both desirable and possible.

This mixed-use project, with a GFA of approximately 518,320 square metres, is located on the border of Guangzhou and Foshan in Sanlong Bay, and is already considered a TOD landmark for the Greater Bay Area. This intermodal hub will be equipped with a full range of urban functions, including transportation, residential, commercial, office, hotel and education facilities.

RLP is working with the Country Garden Group, Shunde Metro and the MTR Corporation Limited, ensuring that each stakeholder in this project plays to their respective advantages and works towards the common goal of jointly improving Shunde’s urban image.

The RLP team designed the development’s façade to appear as three flying dragons, paying tribute to the hardworking spirit of the Shunde people and the economic potential of Sanlong Bay. The landmark tower is slightly twisted from top to bottom, an effect accentuated by its hyperboloid glass curtain wall. The curved glass canopy at the bottom of the building simulates a dragon’s tail which connects to the rooftop terrace of the shopping centre, visually expressing the Chinese saying “Flying Over the Dragon Gate” (飞跃龙门).

According to the CEIC Global Database, around 200 million people in rural China will migrate to cities over the next 25 years. RLP believes TOD 5.0 will be the future of urban development in China. TOD 5.0 will be the fusion of a people-oriented ecological environment with smart buildings that are empowered with intelligent technology.

All images courtesy of RLP.