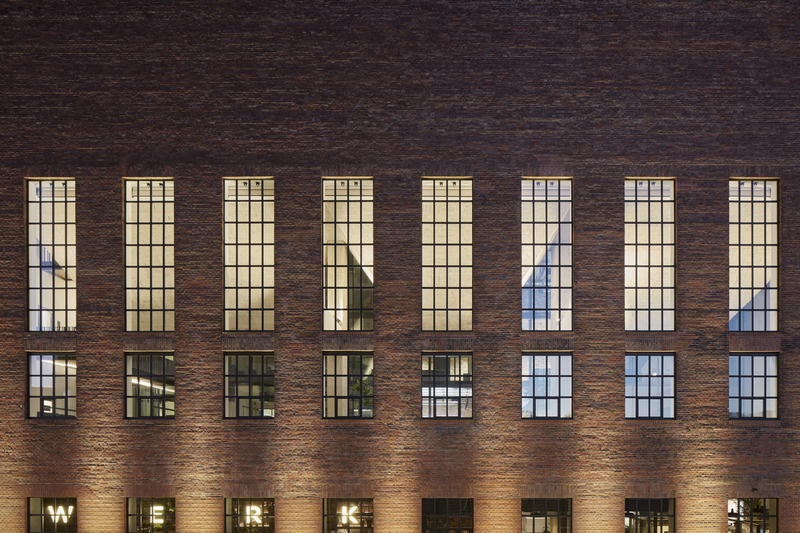 The historic Jurkovič Heating Plant is one of the few remaining artifacts of the former Apollo Refinery in Bratislava, Slovakia.

It sits in an old industrial area that is being redeveloped as part of the revitalized city center, with the renovated Jurkovič Heating Plant as its cultural epicenter. It forms an attractive accent in the middle of the modern architecture of neighboring Sky Park buildings by the late, famed London-based architect Zaha Hadid. 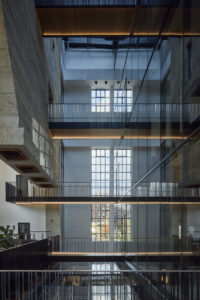 After a long period of searching for the most suitable new function for the NCM, the completion of the comprehensive reconstruction, its rescue, and the new sustainable repurposing has become a reality.

Back in 2017, redeveloper Penta Real Estate invited seven renowned studios to participate in an architectural competition for the NCM’s conceptual design.

Architect Martin Pasko, along with his DF Creative Group team, won the prestigious competition and became the designers of the conversion of this iconic building.

The original designer was Dušan Jurkovič, a legend of Slovak architecture. The new design offered the most appropriate layout of functions and spaces, while highlighting the original historical value and unique industrial atmosphere of this national cultural monument. 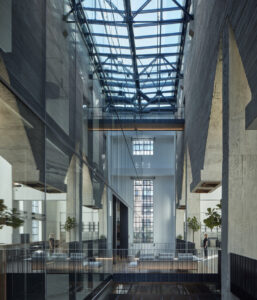 The architectural solution uses the void interior space in the boiler room and the turbine hall for the construction of new independent structures, while creating new areas and floors consistently offset from the original building.

This concept makes it possible to separate and distinguish historical constructions from new ones, while simultaneously embracing and respecting history and harmony.

The result is that the reconstructed Jurkovič Heating Plant will provide unique BASE4Work industrial co-working spaces for people and companies from creative industries, architects, start-ups, and small IT companies.

At the same time, the building is accessible to the general public at the ground floor level, including the living square entrance.

The successful implementation confirmed the firm’s intention to create a community space for the public with a unique industrial atmosphere for social events, conferences, and exhibitions, with a quality restaurant and cafe to support that goal. 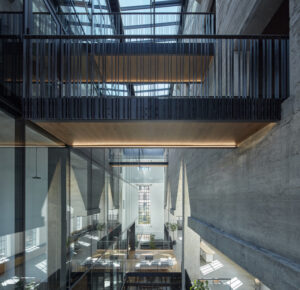 Upon entering the building, the attractive entrance atrium passes through all of the floors and opens up to the new glass facade, forming an inner “square” where the WERK restaurant and lobby café are located, as well as the DOT contemporary art gallery, and a separate multifunctional hall for various cultural events.

The intervention highlights many historical construction details, including the structure’s original rugged columns and three dominant hoppers. The reconstruction created an original representative space with materials in their original “roughness” and color.

Newly-added constructions and newly inserted materials (more than 31,000 bricks to the original facade and wall, and heraklith wall cladding), as well as modern technical details, are visible and present as a basic principle of “truthfulness”.

“Mirroring the new modern simple glass facade, based on a principle of inserting a ‘building in the building’, the two architectures are layered and intertwined. 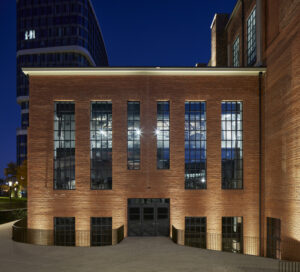 At least one of the three typical industrial features of the area can be seen from each part of the Heating Plant, namely typical industrial high divided windows, walls made of original bricks, or reinforced concrete structures of three hoppers,” explained Martin Pasko.

The industrial architecture of the original structures and dominant hoppers, the newly created atrium, and the upper terrace with views of the surrounding new buildings provide visitors with an amazing, unparalleled experience, while infusing new value into the Jurkovič Heating Plant.

Watch 2-minute video of the renovation.