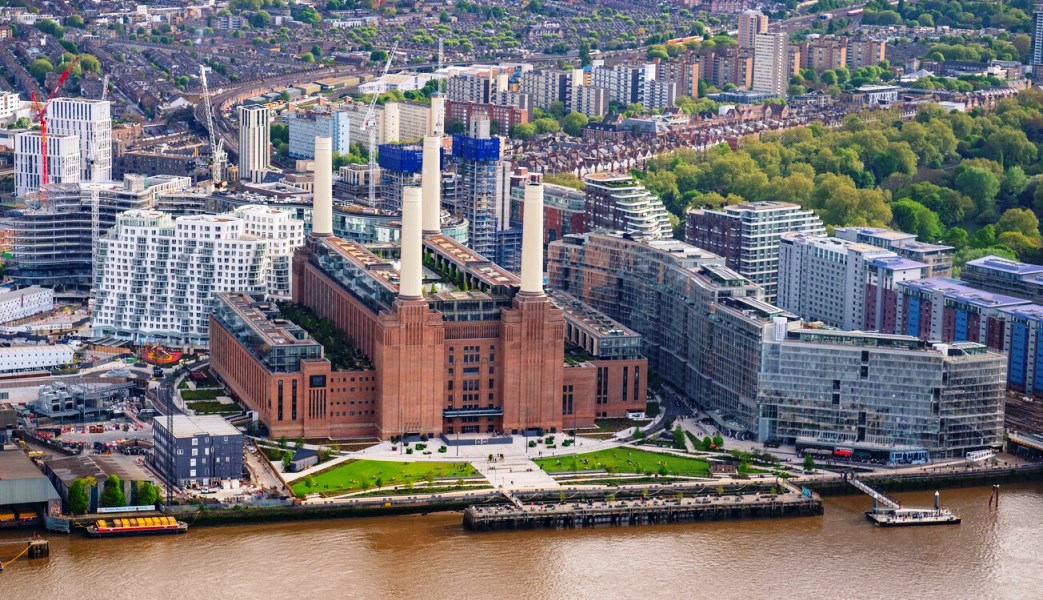 We’ve had several article in REVITALIZATION over the years on the efforts to redevelop and revitalize the site of the massive, abandoned Battersea Power Stationin London, England.

Made globally famous when Pink Floyd used an image of the complex on an album cover, the iconic structure now hopes to become globally famous as for its leading edge, environmentally-friendly rebirth, which is already revitalizing a transit-connected waterfront neighborhood.

Now, on October 14, 2022, these efforts came to fruition when the Battersea doors reopened for the first time in decades.

Here’s what the architects at WilkinsonEyre say about their project: 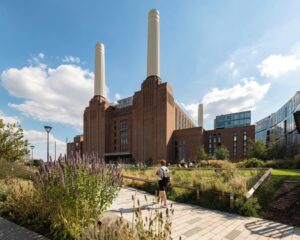 The designs of new and restored features are consistent with and sympathetic to Sir Giles Gilbert Scott’s masterpiece, with the chimneys and turbine halls remaining the dominant features of the building.

Retaining the Power Station’s sense of scale and visual drama is key to the project and is achieved through features such as full-height voids behind the southern and northern entrances, a vast central atrium, and the unobstructed turbine halls which have become retail galleries.

The architectural interventions respect the integrity of the historic landmark while creating new events spaces, shops, restaurants and cafés, large open-plan office spaces, and a series of Sky Villas positioned around rooftop garden squares above the Boiler House and Turbine Halls. 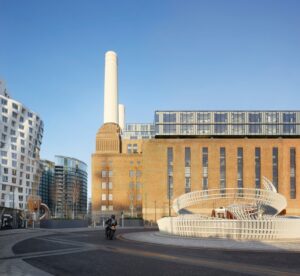 Battersea was originally designed in the 1930s by the UK’s renowned architect, Sir Giles Gilbert Scott.

Battersea Power Station historically provided one-fifth of London’s electricity, supplying some of the capital’s most recognizable landmarks including the Houses of Parliament and Buckingham Palace.

It was decommissioned in 1983.

It’s best known for featuring on the cover of Pink Floyd’s 1977 album Animals, on which it was photographed with the group’s inflatable pig floating between the chimneys. 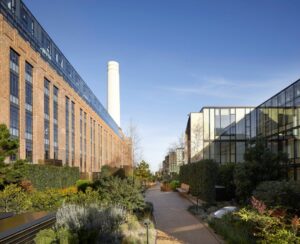 The residential elements are a mixture of new build apartments and villas, and conversion units located within the existing fabric of the Power Station.

The accommodation occupies both Switch House West and Switch House East, on either side of the Power Station, as well as centrally on top of the Boiler House roof, framing an open landscaped garden square.

Residents of the converted Switch House homes enter the building through landscaped piazzas at ground level, while the Boiler House villas are accessed via a glass lift between the structural girders of the former wash towers, the iconic chimneys visible above.

The properties have a variety of layouts and sizes depending on their location in the building, responding organically to this unique address. 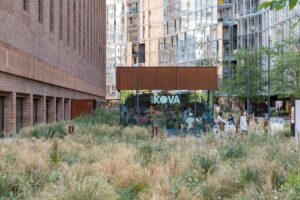 By opening up the magnificently restored Turbine Halls to the public for the first time, the power station has become one of London’s most exciting retail destinations.

Through the preservation of the existing fabric and finishes, the major volumes within the building are now exploited to the best advantage.

Spanning over three levels of specially designed galleries, a wide array of restaurants, shops, and event spaces create a vibrant and positive atmosphere throughout the day. 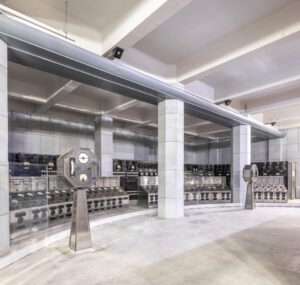 The Power Station’s original Control Rooms with their different period styling have also been fully restored.

Control Room A is set to become a unique events space and Control Room B has been transformed into a new all-day bar concept.

Bar patrons will be able to get up close to the original dials and controls.

The Power Station will be host to a number of entertainment venues cementing its position as one of London’s go-to leisure destinations, including the Cinema at the Power Station. 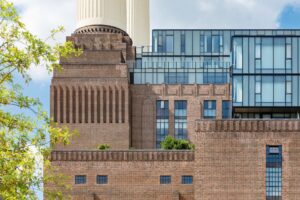 Set across six floors within the upper Boiler House, the office space is attracting the cream of international creative tenants interested in new ways of working, open-plan spaces, and an industrial aesthetic.

Apple is the largest tenant occupying more than 46,000m² across six floors.

An enormous atrium at the heart of the space, together with others at the north and south entrances, filters light to all office floors while allowing views of the chimneys above. 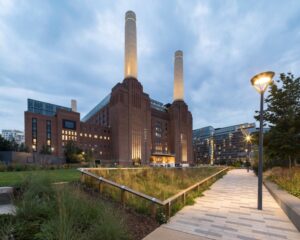 Lift 109 is a glazed elevator car experience that carries visitors up to the top of the building’s 50-meter northwest chimney.

Carrying up to 30 passengers, it will emerge 109m above the ground, to reveal 360-degree views across London.

The attraction will be open to the public as well as be available for private events; the experience is rounded off with an exhibition on the Power Station’s history in Turbine Hall A.

Battersea welcomed its first residents in May 2021.