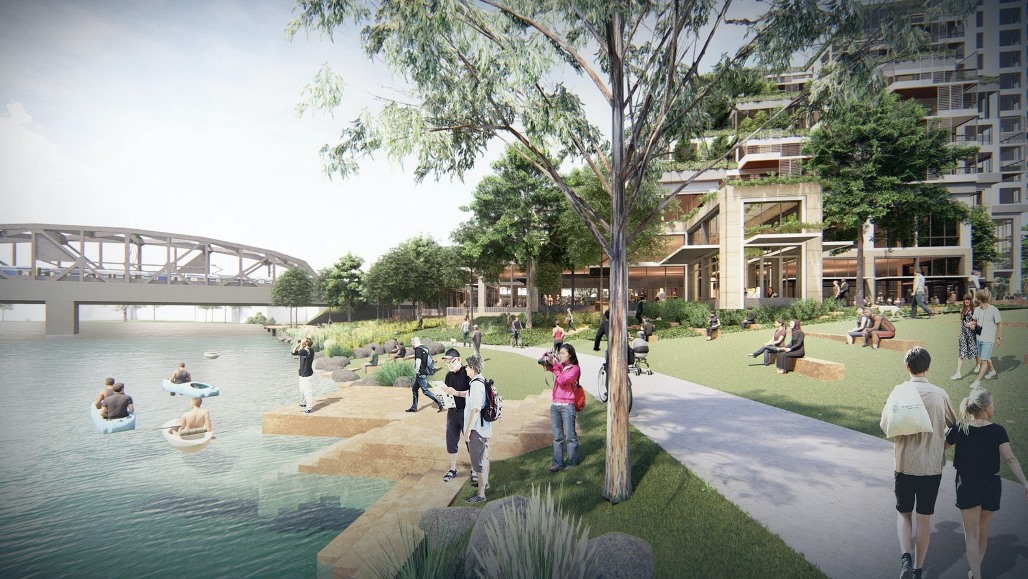 On August 18, 2020, the city of Melbourne, Victoria, Australia‘s Future Melbourne Committee approved plans to create a mixed-use precinct on a large brownfield site on the banks of the Maribyrnong River in Melbourne. 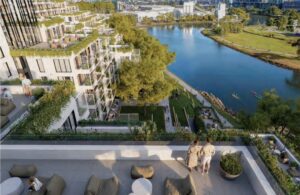 This large redevelopment project was designed by a team including Foster and Partners, Fender Katsalidis and OCULUS for developer Perri Projects.

It will create new opportunities to connect and engage with the Maribyrnong River; a river that has significantly less public access along its banks than Melbourne’s Yarra River (Birrarung), due both to contamination from its industrial past, and the intentionally-restricted infrastructure access to the factories.

A significant portion of the property will be returned to the public as green space. 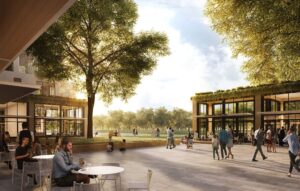 Perri Projects director David Scalzo said “As a business and as Victorians, we are proud this landmark project will create an employment hub and contribute to Melbourne’s post-pandemic recovery, creating some 500 jobs over the next five years through the design and construction phases alone.”

Construction will span four stages, with the first stage expected to be completed by the end of 2023, and final completion by 2026.

The redevelopment will create 800 meters of new bike lanes, a “green laneway” connection to the river, and also includes upgrades to footpaths and lighting to provide safer transport links and access to South Kensington Station.

All images courtesy of OCULUS.