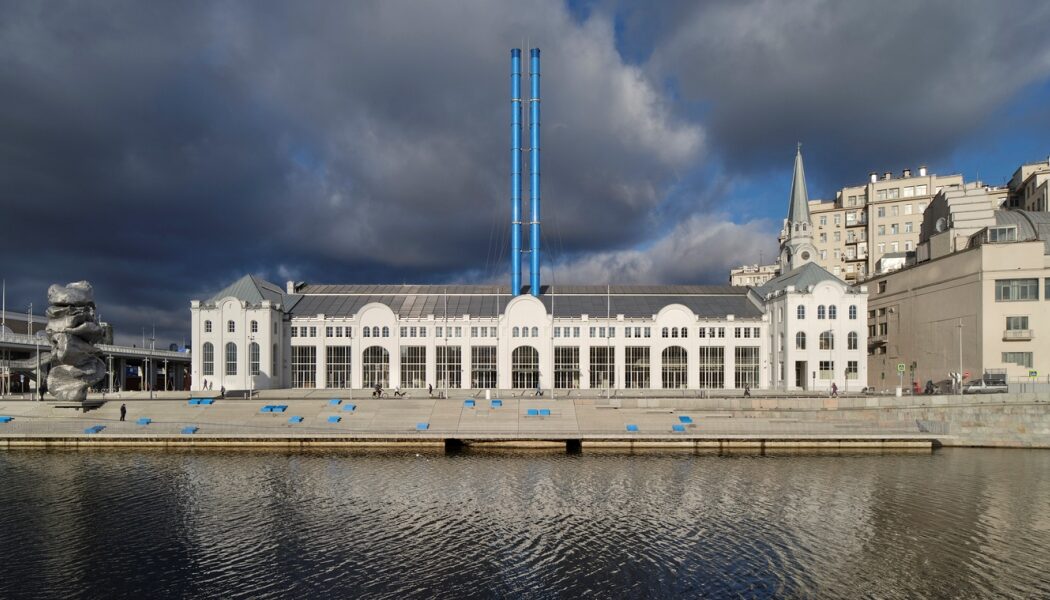 When thinking about what kind of building would be perfect to reuse as a dramatic space for anything—such as a celebration of contemporary culture—a grand old power station comes to mind immediately.

Some of the most spectacular redevelopment projects have involved historic power plants, such as London‘s Battersea Station, which has been documented several time here in REVITALIZATION over the years. 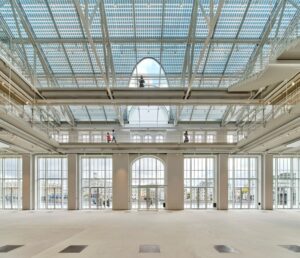 That is what the famed architectural firm Renzo Piano Building Workshop (RPBW) found in Moscow, Russia: a magnificent historic power station built between 1904 and 1908.

Thus, the GES-2 project transforms this building into a space conceived as an articulated experience going from visual to performing arts, passing through a civic free space destined for people. 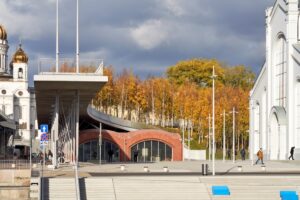 The project’s site is part of a very active district on the island now named “Red October” clearly intended for young generations.

The key elements of this neighborhood are the “Red October”, a chocolate factory turned into a container for start-ups, cafés, and restaurants; the Strelka Institute, a true urban laboratory including an educational and research program; and the historic Udarnik Theatre, an important piece of Russian architecture. 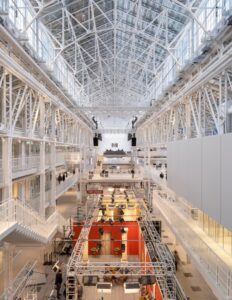 The synergies among V-A-C Foundation and these local components develop the cultural and multigenerational character of this part of the island, thus becoming a destination for Muscovites, Russians, and international visitors.

Inside the building-sized, nearly 20,000 m², the spaces, and functions are organized into four major poles: The Civic pole consists of a combination of free access spaces and activities, and is open to the outdoor piazza to catch and bring in street life.

In the center, the “indoor Piazza” acts as the entrance and the beginning of the V-A-C experience.

Connected to that, to the North stand the Library and media hub, and to the South, there are a free art installation space and a restaurant. 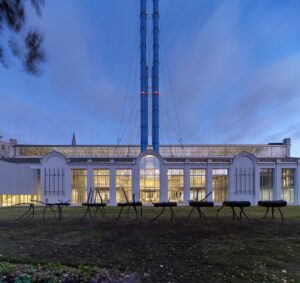 The Welcoming pole is located in the center of the main building and is accessible from the “indoor piazza”. This space contains multiple informal activities like ticketing, information, orientation, and shop at the ground floor level.

Above, an open performance area with a seating deck is watching the “forest” and an enclosed auditorium is located in this area with separate access. The area includes also amenities like a café and snack bar on a mezzanine. The Exhibition pole welcomes all the exhibitions.

It is a combination of spaces of different sizes and heights, offering a multiplicity of space conditions to host any kind of artwork.

The Education pole takes a glimpse into the exhibitions, which include the School of Art, dedicated to growing a new generation of art curators, critics, and historians; and Lifelong Learning, with classrooms and workshops oriented to the general public. Some artists’ residences with workshops located on the North tower are also part of this pole. 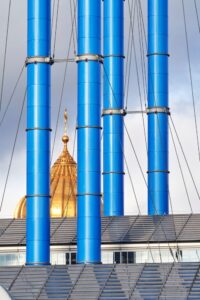 The project restored the 4 brick chimneys present on the site into steel chimneys.

Nature is also part of the project. Indeed, a “forest” of birches was planted inside the museum.

Thus, on the West portion of the site, a sculpture garden progressively leaves the place to hundreds of trees planted on a sculpted landscape.

Finally, the project is guided by two main concepts: First, the idea is to build a space where visitors feel guided by their own intuition. 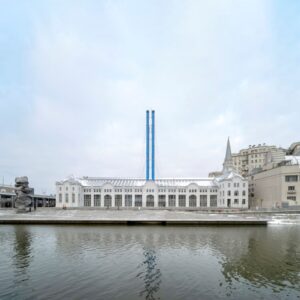 Thus, when entering and reaching the “welcoming” area, it is sufficient for them to turn their eyes right and left, up and down to understand what is inside, where to go, and how to move.

Ideally, they don’t need any plan to visit the entire center. The second relates to the circulation strategy: the “circulation web”.

The idea is to create a fluid and visible web, a single piece conceived as a kind of spatial sculpture, consisting of stairs, lifts, corridors, canopies, and platforms, connecting to each other all the spaces and activities, as well as highlighting the entrances from Bolotnaya nab and from the pedestrian bridge.

All photographs are by Michel Denancé.