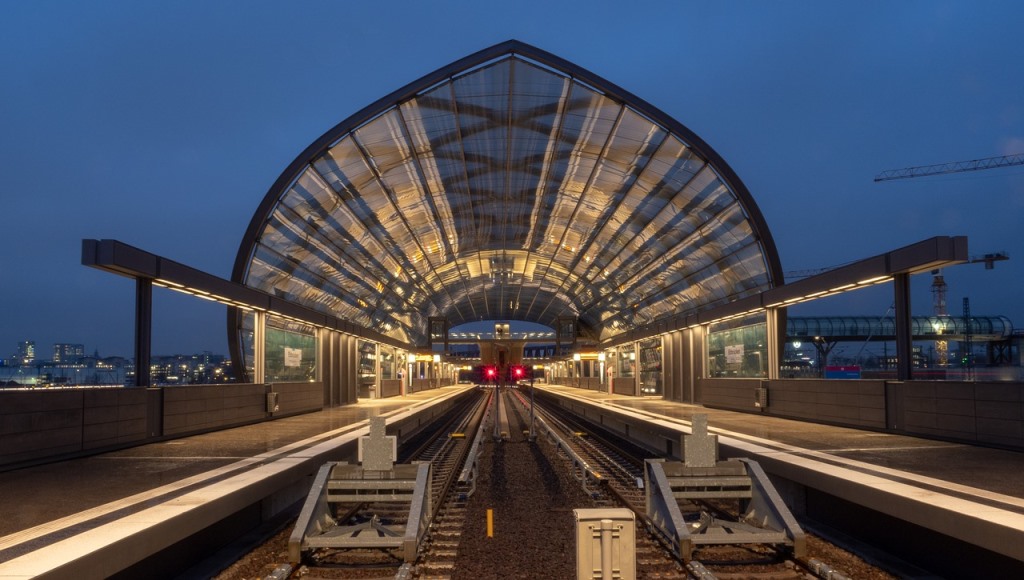 Modeled after the U.S. Department of Transportation‘s successful BUILD grant program, BUILD GREEN would invest $500 billion over ten years in state, local, and tribal projects to jumpstart the transition to all electric public vehicles and rail and help modernize the nation’s crumbling infrastructure.

“The climate crisis is an existential threat to our planet, but it’s also a once-in-a-generation opportunity to rebuild our crumbling infrastructure, create a million good new jobs, and unleash the best of American innovation,” said Senator Warren. “The BUILD GREEN Infrastructure and Jobs Act will make the big federal investments necessary to transform our country’s transportation system, confront the racial and economic inequality embedded in our fossil fuel economy, and achieve the ambitious targets for 100% clean energy in America.”

“Electrifying our cars, buses and trains is a central pillar of the Green New Deal,” said Rep. Levin. “The answer to both the climate crisis and the crisis of wealth inequality is to empower working people with the sustainable investments necessary to rebuild the communities devastated by decades of pollution and corporate trade policy. The BUILD GREEN Act will deliver the transformational change demanded by the American people while ensuring that we build the green economy of the 21st century here at home with good-paying, union jobs.”

“We cannot build back better without building back greener,” said Senator Markey. “The BUILD GREEN Infrastructure and Jobs Act is our opportunity to invest in a clean energy revolution across our country, transform our transportation sector to be climate-smart, and create millions of good-paying union jobs at the same time. We can work together to leverage investment in climate action, reduce emissions, and support environmental justice communities through bold infrastructure projects, all while tackling our climate crisis.”

“The BUILD Green Act would improve mass transit and create nearly one-million good-paying jobs. In most of the country, subways, buses and other public transit are practically inaccessible or completely overburdened. This bill would make a dramatic, material difference in the everyday lives of hundreds of millions of people,” said Ocasio-Cortez in a statement.

“The BUILD Green Act applies many of the Green New Deal resolution’s transportation goals to grants provided by DOT. The bill helps ensure that our federal dollars are being invested in infrastructure that can sustain the impact of climate change and better prepares our communities for extreme weather events. We must stop spending billions of taxpayer money on infrastructure systems only for them to fail at the most crucial moment, as we saw recently in Texas,” she added.

The BUILD GREEN Infrastructure and Jobs Act would:

“Greening America’s public transportation infrastructure is a vital component of tackling the climate crisis. These investments will create American jobs, raise American wages, and most importantly, save American lives – both today through improved health and lower air pollution, as well as tomorrow by reducing the odds of climate-change driven catastrophes,” a Data for Progress analysis of the bill reads.

“At a time when this country spirals through a climate crisis exacerbated by a global pandemic and massive unemployment, we need bold policy like the BUILD GREEN Act that combats climate change, invests in our crumbling infrastructure and furthers our vision of good jobs for all. Sunrise is proud to stand with the Senators Warren and Markey and Representatives Levin and Ocasio-Cortez as they heed the demands of young people and lead us one step closer to a Green New Deal through policy that invests in us and our future,” said Ellen Sciales, Sunrise Movement Press Secretary.

“Equitably addressing the climate crisis means investing in family-sustaining jobs, clean air, and the communities who are leading the fight for racial, economic, and environmental justice. Senator Warren’s BUILD GREEN Infrastructure and Jobs Act will create hundreds of thousands of good jobs while upgrading our crumbling infrastructure, slashing pollution, and confronting long-standing inequities, and the Sierra Club is proud to endorse it. We look forward to working with the Senator to pass this critical piece of legislation as part of a bold economic renewal plan that’s as big and interconnected as the crises we face,” explained Ben Beachy, Living Economy Director of the Sierra Club.

“350.org is proud to support the BUILD GREEN Infrastructure and Jobs Act to ensure that we Build Back Fossil Free from the crises we currently face. Transportation represents about 29% of U.S. emissions. We can make huge progress in lowering our greenhouse gas emissions by electrifying the transportation sector and ensuring that it is powered by 100 percent clean energy. This bill will create close to 1 million jobs at a time when we need a just economic recovery immediately,” stated Natalie Mebane, United States Policy Director at 350.org.

“The BUILD Green Act represents a new day in how funding for clean transportation policy will be allocated and implemented. GreenLatinos endorse this legislation and all it represents for meaningful investment in transportation infrastructure that addresses urgent needs by prioritizing projects in frontline and vulnerable communities. Latinx communities nationwide — where reliance on public transit is disproportionately high and is key to economic vitality — have much to gain from the passage of this legislation,” said Andrea Marpillero-Colomina, Clean Transportation Advocate of GreenLatinos.

“Electrification represents not just the only currently viable pathway for decarbonizing our economy and meeting the climate challenge, but also an enormous opportunity to put Americans back to work, save them money, and improve their health and safety. BUILD GREEN is just the kind of legislation and policy leadership America needs to drive the benefits of electrification. Rewiring America commends Senator Warren for her leadership on this critical issue,” enthused Adam Zurofsky, Executive Director of Rewiring America.

“The transportation networks we build today shape the possibilities for tomorrow. If we want our children and grandchildren to thrive in their schools and in their jobs, they will need ways to get there. If we want neighborhoods free of smog and industrial racket, we will need clean and efficient ways of moving around. Few investments we make today will have as profound an impact on the opportunities available to future generations as our infrastructure choices. The BUILD GREEN Act is packed with the kind of creative and common sense thinking we need to create quality jobs for today’s workers, prepare the way for a more socially just future, and to get all Americans where they need to be,” added Robert R.M. Verchick, President of the Board of Directors of the Center for Progressive Reform, and the Gauthier-St. Martin Eminent Scholar Chair in Environmental Law at Loyola University, New Orleans.

Photo of Metro station in Hamburg, Germany by Andi Graf from Pixabay.