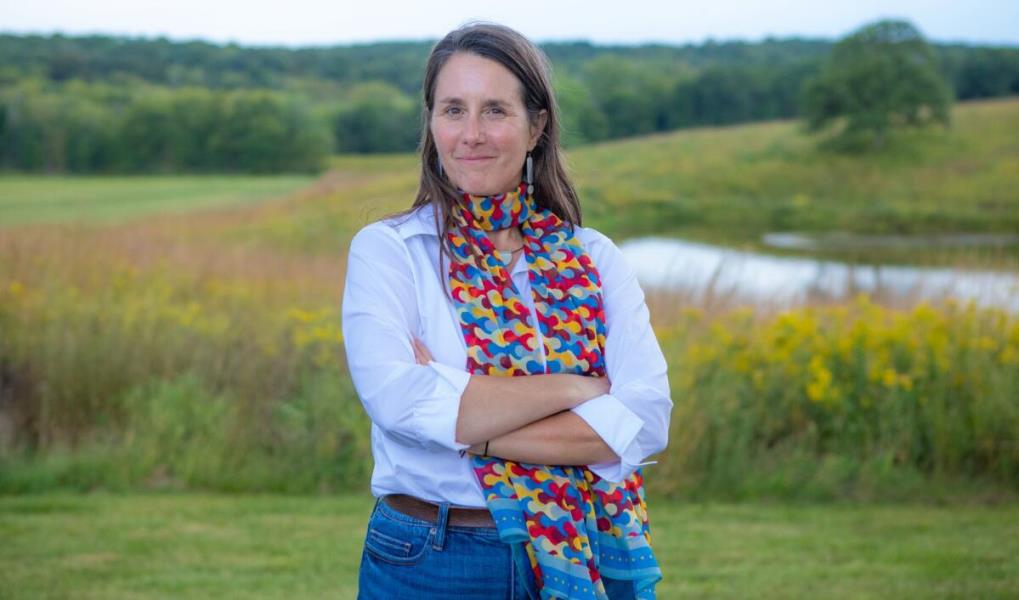 It’s already well-documented that regenerative farming practices can quickly turn an unprofitable farm profitable, simply by reducing costs: as much as 60% in many cases. Getting rid of tilling equipment and associated fuel costs and well as artificial fertilizers and herbicides (and again, the associated equipment) can do wonders for a farmer’s bottom line. But there’s more profit to be had.

This is just one aspect of the regenerative agriculture trend, as originally documented in The Restoration Economy. Regenerative farming is well-documented for its ability to boosts farmers’ incomes by greatly reducing their expenses; sometime by 60% or more. But there’s even more money to be made restoring agricultural lands. 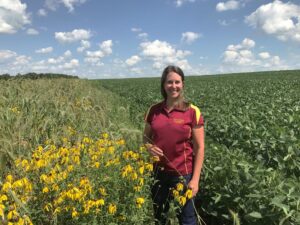 “My vision is that when we drive around Iowa in December, we don’t see a single bare field,” she said.

While use of cover crops is growing, it’s far from common.

In September of 2022, a new grant of up to $80 million from the U.S. Department of Agriculture funded a project meant to spur more farmers to plant cover crops and perennial prairie grass, through both direct payments and a demonstration of how harvested winter-hearty crops and grass can be processed into renewable natural gas.

The five-year grant is among the $2.8 billion in federal investments in 70 projects announced this month as part of the USDA’s Partnerships for Climate-Smart Commodities program.

The grant builds on the work of the Consortium for Cultivating Human and Naturally reGenerative Enterprises (C-CHANGE), founded in 2018 as an ISU Presidential Interdisciplinary Research Initiative.

The initiative expanded in 2020 to a multi-institutional project led by Schulte Moore with a five-year, $10 million grant from the USDA’s National Institute for Food and Agriculture.

Iowa State will receive roughly $10 million from the new grant and is one of 14 partners involved in the project, which is called Horizon II and is led by Roeslein Alternative Energy, a St. Louis-based company that is also an industry partner on C-CHANGE.

“Since founding RAE, our overarching goal has been to provide farmers an alternative way to use land, especially highly erodible acres, in ways that will benefit the environment, wildlife and their own livelihood,” said founder and CEO Rudi Roeslein.

“This funding will propel Horizon II forward more rapidly than otherwise would have been possible. We will show how farmers and landowners can do well for themselves while also providing ecological services and wildlife benefits,” he added.

A little more than half of the grant will be devoted to creating a new market for prairie grasses and winter-hearty crops such as cereal rye, paying for the associated environmental benefits of planting them.

RAU will develop a market to pay corn and soybean producers in Iowa and Missouri to plant winter-hearty plants on productive cropland and restore less-productive areas to prairie, Schulte Moore said. That could begin by fall 2024, she said.

The project also includes two pilot sites where harvested grasses and cover crops will be used as the feedstock for anaerobic digesters, which produce methane as microbes break down organic matter.

One of the sites will be at Sievers Family Farms, a cattle operation about 20 miles northwest of Davenport. The other is at a Smithfield Foods farm in northern Missouri.

The Sievers’ facility has converted a mix of manure and bedding into biogas for nearly a decade, and in December 2021 entered a partnership with RAE. Now an additional anaerobic digester is being built, the farm’s third, to enable further breakdown of the organic matter from grassy crops.

The material will be converted into renewable natural gas — a high-quality fuel that can be sold to energy suppliers and is indistinguishable from the natural gas that powers furnaces, stoves and vehicles, Schulte Moore said. Digestate, the material remaining after the gas is produced, can be used or sold as a nutrient-rich fertilizer and carbon-rich soil amendment.

The pilot sites hope to show that an on-farm anaerobic digester running on biomass from nearby operations could create a self-sufficient market for grass and cover crops, attaching a stable income stream to an environmentally sound choice available to producers of all sizes.

“There needs to be a market pull to make continuous living cover standard practice on Iowa’s landscape. We’re hoping to grow a whole industry to provide that pull,” Schulte Moore said.

Education is needed, too. Many existing programs that provide farmers financial incentives to use conservation practices, including cover cropping, aren’t fully used.

Two other projects funded by the USDA’s Partnerships for Climate-Smart Commodities program include Iowa State as a partner.

“This is not like flipping a light switch. It really is a management transition that takes design, testing, data collection, demonstration and awareness-building. It will be a process,” Schulte Moore said.