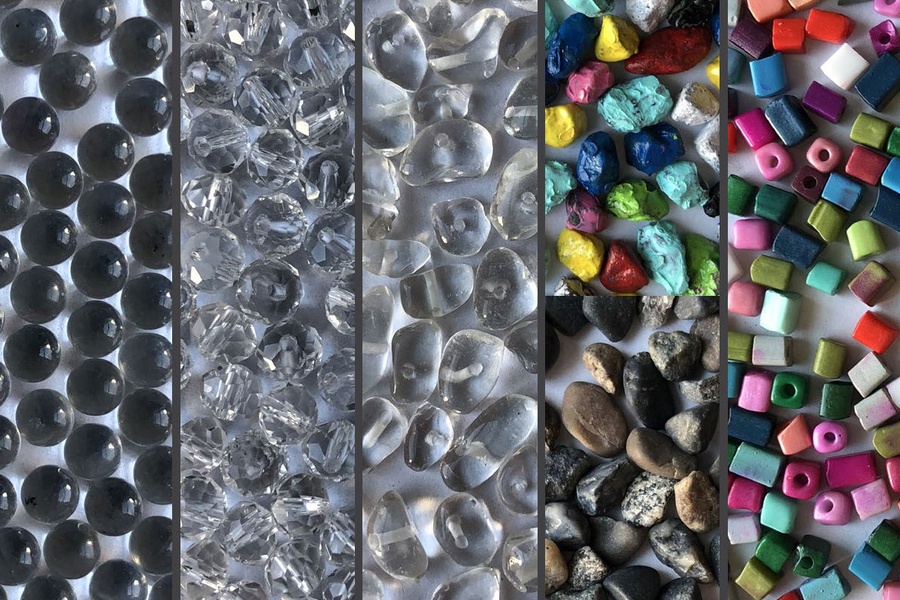 As a river cuts through a landscape, it can operate like a conveyer belt, moving truckloads of sediment over time.

Knowing how quickly or slowly this sediment flows can help engineers plan for the downstream impact of restoring a river or removing a dam. But the models currently used to estimate sediment flow can be off by a wide margin.

Now, a team from the Massachusetts Institute of Technology (MIT) has come up with a better formula to calculate how much sediment a fluid can push across a granular bed — a process known as bed load transport. The key to the new formula comes down to the shape of the sediment grains.

It may seem intuitive: A smooth, round stone should skip across a river bed faster than an angular pebble. But flowing water also pushes harder on the angular pebble, which could erase the round stone’s advantage.

Which effect wins? Existing sediment transport models surprisingly don’t offer an answer, mainly because the problem of measuring grain shape is too unwieldy: How do you quantify a pebble’s contours?

The MIT researchers found that instead of considering a grain’s exact shape, they could boil the concept of shape down to two related properties: friction and drag. A grain’s drag, or resistance to fluid flow, relative to its internal friction, the resistance to sliding past other grains, can provide an easy way to gauge the effects of a grain’s shape.

When they incorporated this new mathematical measure of grain shape into a standard model for bed load transport, the new formula made predictions that matched experiments that the team performed in the lab.

“Sediment transport is a part of life on Earth’s surface, from the impact of storms on beaches to the gravel nests in mountain streams where salmon lay their eggs,” the team writes of their new study, appearing today in Nature.

“Damming and sea level rise have already impacted many such terrains and pose ongoing threats. A good understanding of bed load transport is crucial to our ability to maintain these landscapes or restore them to their natural states,” they add.

Bed load transport is the process by which a fluid such as air or water drags grains across a bed of sediment, causing the grains to hop, skip, and roll along the surface as a fluid flows through. This movement of sediment in a current is what drives rocks to migrate down a river and sand grains to skip across a desert.

Being able to estimate bed load transport can help scientists prepare for situations such as urban flooding and coastal erosion. Since the 1930s, one formula has been the go-to model for calculating bed load transport; it’s based on a quantity known as the Shields parameter, after the American engineer who originally derived it.

This formula sets a relationship between the force of a fluid pushing on a bed of sediment, and how fast the sediment moves in response. Albert Shields incorporated certain variables into this formula, including the average size and density of a sediment’s grains — but not their shape.

“People may have backed away from accounting for shape because it’s one of these very scary degrees of freedom,” says Kamrin, a professor of mechanical engineering at MIT. “Shape is not a single number.”

And yet, the existing model has been known to be off by a factor of 10 in its predictions of sediment flow. The team wondered whether grain shape could be a missing ingredient, and if so, how the nebulous property could be mathematically represented.

“It took some thinking to figure that out,” says Perron, a professor of geology in MIT’s Department of Earth, Atmospheric and Planetary Sciences. “But we went back to derive the Shields parameter, and when you do the math, this ratio of drag to friction falls out,” he continued.

Their work showed that the Shields parameter — which predicts how much sediment is transported — can be modified to include not just size and density, but also grain shape, and furthermore, that a grain’s shape can be simply represented by a measure of the grain’s drag and its internal friction.

The math seemed to make sense. But could the new formula predict how sediment actually flows?

To answer this, the researchers ran a series of flume experiments, in which they pumped a current of water through an inclined tank with a floor covered in sediment. They ran tests with sediment of various grain shapes, including beds of round glass beads, smooth glass chips, rectangular prisms, and natural gravel. They measured the amount of sediment that was transported through the tank in a fixed amount of time. They then determined the effect of each sediment type’s grain shape by measuring the grains’ drag and friction.

For drag, the researchers simply dropped individual grains down through a tank of water and gathered statistics for the time it took the grains of each sediment type to reach the bottom. For instance, a flatter grain type takes a longer time on average, and therefore has greater drag, than a round grain type of the same size and density.

To measure friction, the team poured grains through a funnel and onto a circular tray, then measured the resulting pile’s angle, or slope — an indication of the grains’ friction, or ability to grip onto each other.

For each sediment type, they then worked the corresponding shape’s drag and friction into the new formula, and found that it could indeed predict the bedload transport, or the amount of moving sediment that the researchers measured in their experiments.

“If you were trying to make a prediction of how fast all that sediment will get evacuated after taking a dam out, and you’re wrong by a factor of three or five, that’s pretty bad,” Perron says. “Now we can do a lot better.”

The team says the new model more accurately represents sediment flow. Going forward, scientists and engineers can use the model to better gauge how a river bed will respond to scenarios such as sudden flooding from severe weather or the removal of a dam.

This research was supported, in part, by the U.S. Army Research Laboratory.