On March 3, 2021, Newark, New Jersey Mayor Ras J. Baraka announced the selection of two teams to redevelop 3.28 acres of city-owned land near the historic West Side High School in the city’s West Ward, in accordance with the Fairmount Commons Redevelopment Plan. 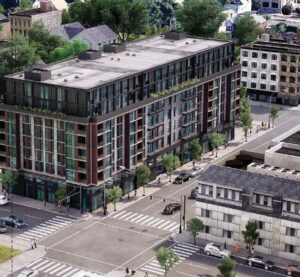 “The Fairmount Commons redevelopment project is another step forward in our equitable growth focus on neighborhoods that suffer from disinvestment and have not yet benefitted from Newark’s ongoing revitalization,” said Mayor Baraka. “It represents a collaboration involving the Fairmount community, local developers and Newark’s community-oriented team of city planners.”

The first of the selected teams is a partnership between RPM, a New Jersey affordable housing development firm, and the Urban League of Essex County (ULEC), a Community Housing Development Organization (CHDO) active in the Fairmount Heights community.

The second team is made up of MCI Development Inc., a local minority-led development firm partnering with Richman Affordable Housing Corporation, a national affordable housing developer. The two teams were chosen in an extensive competitive process that evaluated proposals submitted by 12 developers. 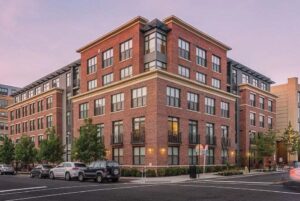 This project is the result of contributions from various community stakeholders. The redevelopment area, which consists of two blocks in the West Ward’s Fairmount Heights neighborhood between South Orange Avenue and 13th Avenue, from South 11th Street to West Side High School and Fairmount Cemetery, is an assemblage of City-owned lots and lots that were transferred to the City by the New Jersey School Development Authority (NJSDA).

The Fairmount Commons Redevelopment Plan was completed in the fall of 2019 with pro bono support from the Urban Planning team at Bloomberg Associates and from the Urban Planning and Architecture team at Interboro Partners. On the local level, residents, neighborhood businesses, and institutions, including West Side High School, provided vital input during the preparation of the Redevelopment Plan to ensure that redevelopment of the area meets the community’s needs.

Key features of the project include: 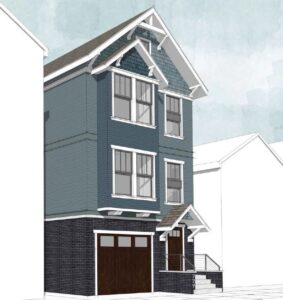 ‍The redevelopment project will bring exciting reinvestment to an area neglected for decades and revitalize the South Orange Avenue commercial corridor. It will create a safe, livable, affordable and sustainable neighborhood with new one, two and three-family housing to encourage local homeownership, mixed use buildings with a variety of local retail and commercial spaces to attract industry, essential educational and recreational facilities such as a 7,985 square foot early childhood development center, open green space, and streetscapes that enhance and showcase the neighborhood’s natural assets.

It will restore and strengthen the traditional three-family residential blocks by increasing housing density, incorporating educational resources that leverage the proximity to West Side High School’s community programming and use land more productively, while preserving the feel of the surrounding neighborhood.

The project will also boost the area’s affordable rental housing stock with three mid-rise, multi-story, mixed use buildings comprising 142 residential units – of which approximately 50 percent will be affordable at a range of 30-80 percent of AMI – as well as 15,000+ square feet of commercial space that includes the aforementioned 7,985 square foot early childhood development center. These three mid-rise buildings will be located along South Orange Avenue (Site A), South 12th Street (Site D) and South 11th Street (Site A1).

With its close proximity to the downtown area, Fairmount Commons is located near many of Newark’s key institutional anchors and employers in education, healthcare and culture, including the New Jersey Institute of Technology (NJIT) and Rutgers-Newark campuses, University Hospital, Newark Public Library – Springfield Branch, and the historic West Side Park – a 30-acre century-old Essex County park which boasts a recreational center and offers outdoor activities to the community.

The Urban League of Essex County (ULEC) has been developing affordable housing since 2012. Through its Financial Opportunity Center and Housing Division, ULEC converts renters into homeowners. ULEC is partnered with RPM, a developer that builds, owns and manages affordable housing and mixed-income projects. RPM has created over 1,000 units of market-rate housing and more than 3,200 affordable units in Newark and throughout New Jersey.

MCI Property Management and Construction is led by Siree Morris, a Newark native whose grandmother was a City Hall maintenance employee. She’s an experienced local developer who was educated at Rutgers as a Civil Engineer.

Images courtesy of the Office of Mayor Ras J. Baraka.