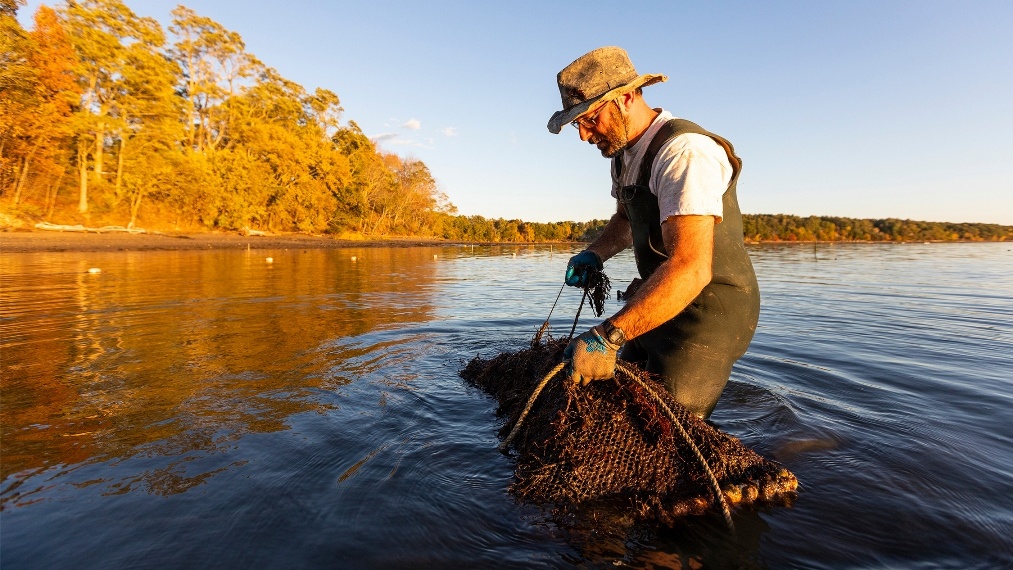 This year has been hard on shellfish farmers, with sales to restaurants way down because of the COVID-19 pandemic. That has left many farmers holding oysters even as they grew beyond the ideal size for the half-shell market, and has created a major dilemma over what to do with those oversized bivalves.

Now, there’s a new option on the table. 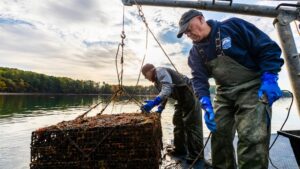 Sadly, U.S. native oyster populations have declined to a fraction of their historic levels because of over harvesting, pollution, and habitat destruction.

But rebuilding shellfish habitats is one of the most promising opportunities for reviving coastal ecosystems, and states’ investments in oyster reef restoration have yielded results in recent years.

Still, one challenge for restoration practitioners has been the time, money, and effort needed to raise baby oysters to a size that increases their chance of survival once transplanted to a reef. Adding large, healthy, adult oysters through the SOAR initiative could rapidly accelerate progress on the restoration projects. 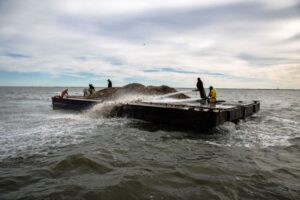 About 50 tons of bought-back oysters were transported by barge to a designated restoration reef in Tuckerton Bay, New Jersey.Photo credit: Susan Allen / SOAR.

SOAR was developed by Pew Charitable Trusts and The Nature Conservancy, with guidance and support from state and federal agencies.

It is the largest partnership between growers and restoration experts to date, with $2 million in funding, and expects to buy at least 5 million oysters to populate 27 acres of reefs across 20 restoration sites.

SOAR program leads anticipate that more than 100 shellfish companies will sell to the program, and that revenue from those sales will help support 200 jobs in New England, the Mid-Atlantic, and Washington state.

The program will purchase only native oysters—specifically, the Eastern (or American) oyster on the U.S. East Coast and the Olympia oyster in the Pacific Northwest—because non-native species can disrupt ecosystems, in part by outcompeting native species. 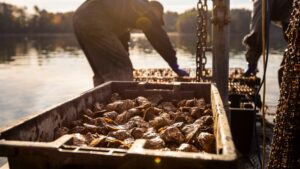 SOAR will also accept both naturally reproducing oysters, which help reefs grow, and nonreproductive varieties, which contribute other benefits to the ecosystem. Growers can learn more at nature.org/SOAR.

The initiative builds upon similar, smaller-scale efforts in New Hampshire, Rhode Island, Washington, and other states over the past several years.

Pew hopes SOAR can catalyze greater collaboration between oyster growers and states, conservationists, and other stakeholders, and that reef restoration projects can become a new market for shellfish farmers. Accomplishing these goals would benefit growers, shellfish populations, and coastal ecosystems and communities.

Unless otherwise credited, all photos courtesy of PEW / Jerry and Marcy Monkman EcoPhotography.