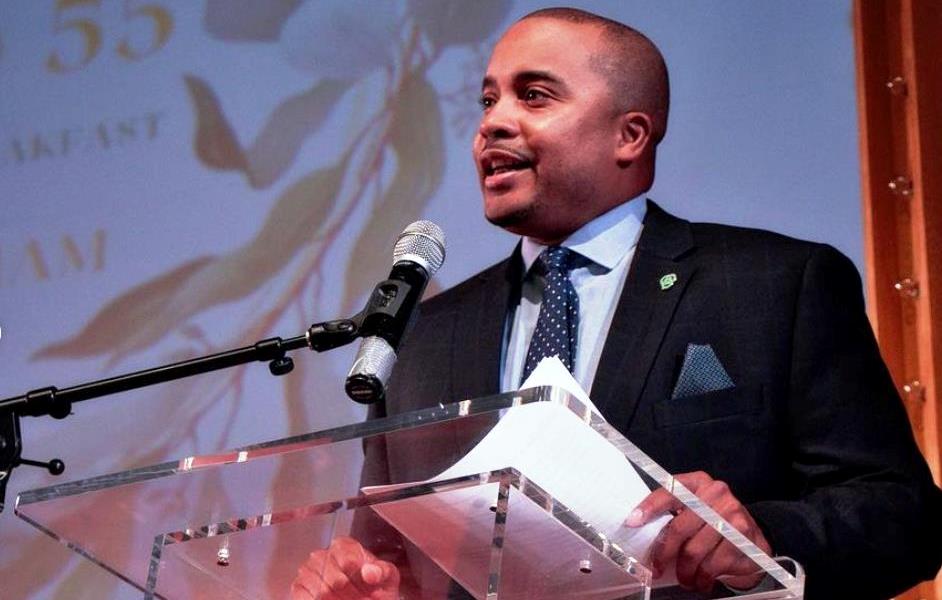 On July 13, 2022, the state of New York announced $200 million in funding for two major downtown revitalization initiatives: NY Forward, a new program aimed at rejuvenating smaller and rural communities, and Round 6 of the state’s successful Downtown Revitalization Initiative.

“The DRI program has been successfully revitalizing downtown communities across New York State and with our new NY Forward program, we’re extending that same spirit to our smaller and sometimes forgotten communities to help rejuvenate them,” said Lieutenant Governor Antonio Delgado. “New investments in these critical initiatives will bring back New York’s walkable downtown areas and restore the charm to our smaller villages and hamlets, all with sights set on rebuilding our economy.”

The DRI was launched in 2016 to accelerate and bolster the revitalization of downtowns and neighborhoods in all ten regions of the state to serve as centers of activity and catalysts for increased local investments.

The Governor added a new component to DRI this year that allows two or three communities to apply jointly for one award. To date, DRI has awarded a total of $600 million to 59 communities in its first five rounds.

“New York’s downtowns are the heart and soul of our communities and regions, and today we’re taking comprehensive action to support them,” Governor Hochul said.

“The Downtown Revitalization Initiative has ignited a renaissance in these spaces, which are critical to the continued growth of businesses and local economies, and I am proud to support this vital program. As we grow our downtowns, we are proud to launch a new program — NY Forward — that will provide crucial support to New York’s smaller and rural communities to help bring them back to the bustling towns and villages they once were,” she added.

As part of this year’s budget, Governor Hochul announced NY Forward to build on DRI’s momentum. The innovative new program, which is funded through $100 million in this year’s Enacted State Budget, will support a more equitable downtown recovery for New York’s smaller and rural communities with a focus on hamlet and villages.

Homes and Community Renewal Commissioner RuthAnne Visnauskas said, “Today’s announcement will build upon the successes of Governor Hochul’s ongoing economic development initiatives that are helping to transform New York’s communities into thriving areas where people want to live, work and raise a family. This $200 million investment through the Downtown Revitalization Initiative and NY Forward program will complement efforts already underway to build more equitable and economically vibrant downtowns and address the need for quality affordable housing and access to services in our rural and urban neighborhoods. We look forward to working alongside our state partners and local leaders to bring continued growth and new housing opportunities to New York’s downtowns.”

NY Forward is meant serve smaller communities and support local economies that often have a feel and charm that is distinct from larger, metropolitan urban centers funded through DRI.

Secretary of State Robert J. Rodriguez said, “From our largest cities to the smallest towns and villages, our community centers and hubs come in many varieties, each with their own unique character and needs. The Governor listened to the needs and concerns of our state’s smaller downtowns and responded with NY Forward so that all communities, like the 39 and counting DRIs, may have the opportunity to join in the resurgence of cherished downtowns unfolding throughout New York.”

Like DRI, DOS and an assigned consultant will work with NY Forward communities through a planning and technical assistance process to develop a slate of readily implementable projects, with each REDC nominating the winners.

Assemblymember Vivian Cook said, “As our community continues to heal from the fallout of the pandemic, the Downtown Revitalization Initiative is helping to usher in a new chapter of recovery, growth, and innovation in Southeast Queens. With this transformative investment, Governor Hochul has reaffirmed her commitment to lifting up our local economy – and local economies statewide — and being a champion for Jamaica residents. I thank her and the Greater Jamaica Development Corporation for bringing the Greater Nexus project to fruition.”

NY Forward differs from DRI, however, by providing capacity-building workshops and technical assistance from consultants to assist communities in developing their full applications and throughout the implementation process.

Queens Borough President Donovan Richards said, “Jamaica has grown tremendously in recent years, from its affordable housing stock to its arts scene and more. With today’s opening of the Greater Jamaica Development Corporation’s new co-working space, we’re taking another massive step toward building a stronger, more synergized community economy that will pay dividends for generations,” said Queens Borough President Donovan Richards Jr. “All our local small businesses deserve a chance to thrive, and that’s exactly what this space will provide an opportunity for them to do. Thank you to Governor Hochul, Empire State Development’s Hope Knight, the GJDC and all our community partners who made this day possible.”

Located at 89-14 Parsons Blvd in Jamaica, Queens, Greater Nexus is a state-of-the-art facility featuring 10,000 square feet of affordable and flexible workspace that can accommodate 75-100 individuals. Amenities include a collaborative open workspace, conference rooms, soundproof phone booths, and a podcast room for content creators. Members can choose from multiple work environments starting at a hot desk in the collaborative area, a dedicated cubicle, or choose from a range of private office sizes.

National Grid New York President Rudy Wynter said, “Innovation is critical to achieving a clean energy transition that leaves no one behind. National Grid is proud to partner with Governor Hochul and the Greater Jamaica Development Corporation to support the Greater Nexus through our CleanTech Incubation Economic Development Grant program. This project is an important step toward a clean energy future that will bring innovative companies and good jobs to the Greater Jamaica region.”

As an extension of the coworking space, Greater Nexus also offers a large modular training space to host events, educational programing, networking and mentoring opportunities. This training space will be available to the greater Jamaica community as well as to the coworking members. The new space provides access to business equipment and services to help foster innovation and business growth in Downtown Jamaica.

State Senator Leroy Comrie said, “New York State must serve as a partner and catalyst for investment in our shared communities. That’s why I welcome the multimillion dollar investment NY Forward provides and the opening of this co-working space. When we invest in the links between institutions like the Greater Jamaica Development Corporation and York College, we pave a path for the next generation of small businesses, entrepreneurs, and visionaries. I extend thanks to Governor Hochul, Justin Rodgers and my colleagues in government who champion government as a collaborator in improving the lives of New Yorkers.”

Greater Jamaica Development Corporation President & CEO Justin Rodgers said, “The State’s Downtown Revitalization Initiative is already working in Downtown Jamaica, especially at a time when we need it most. Prior to the pandemic, we recognized the need for affordable, flexible space by young entrepreneurs, and now the post-Covid work environment makes Greater Nexus more vital. We know this project will attract additional innovation, investment and opportunity to our area ultimately improving quality of life, none of which is possible without the support of our elected officials. Thank you, Governor Hochul!”

Additional funding was provided by the Deutsche Bank Foundation and National Grid and New Market Tax Credits through NYCEDC and Capital One Bank. The Greater Nexus coworking space will be operated by Greater Jamaica Development Corporation.

Applications for NY Forward will launch later this month and winners are expected to be selected later this year.