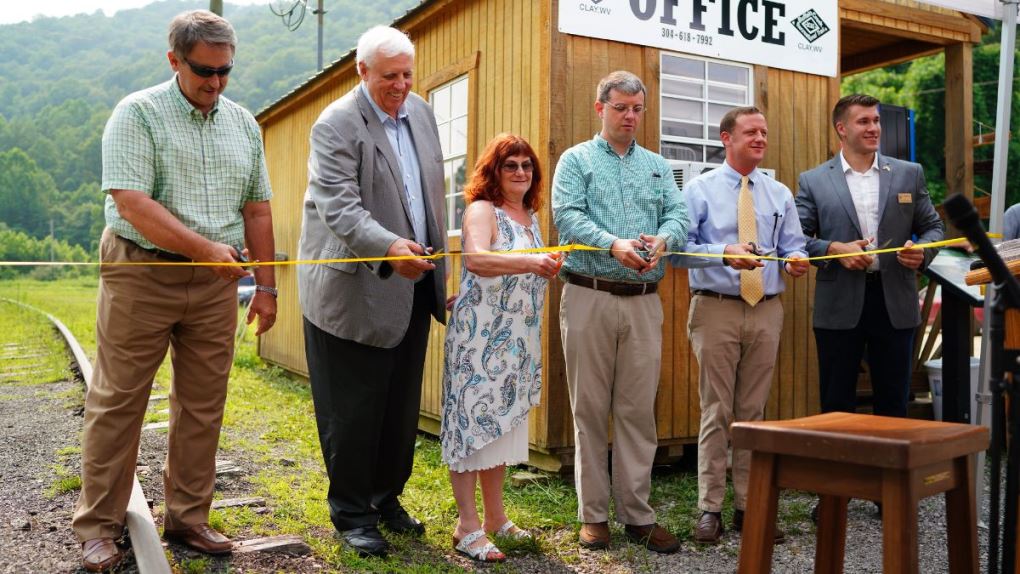 On July 20, 2021 in Clay County, West Virginia, Governor Jim Justice attended a ribbon-cutting ceremony for a project to restore the Buffalo Creek Gauley Rail Corridor. The combination of infrastructure renewal and environmental restoration is preparing the region for an economically revitalized post-coal future.

The Buffalo Creek Gauley Rail Corridor had been a major economic asset to Clay County since 1904. At its peak, coal was removed from the mountains around Widen, WV, and brought to Dundon, WV, where it was loaded onto the Baltimore Ohio Railroad for use across America.

The rail line remained functional for over a century, until it was severely damaged in the flood of June 2016.

After years of work to identify the full scope of the damage, a FEMA-funded project to repair the corridor and restore pre-flood main line capacity and function is set to commence.

In May 2019, Gov. Justice announced plans to build a major rail trail along the Elk River and Buffalo Creek in the same area.

This project, which is currently underway, aims to utilize 72 miles of existing rail lines in Clay and Kanawha counties and either repurpose the tracks for recreational purposes or convert them into trails for walking, hiking, biking, and more.

The planned trail network has the potential to become the second-longest rail trail east of the Mississippi.

“We’re here today celebrating something that’s going to bring more and more goodness back to an area that has given so much to our state and our entire nation over the years,” Gov. Justice said at Tuesday’s ribbon-cutting ceremony in Clay County. “A lot of people have put in a lot of licks to make this project happen, and I’m very proud to have played a small part.”

The Governor thanked the state and local officials who supported the project and were in attendance for the event, including West Virginia House of Delegates Speaker Roger Hanshaw, Delegate Brent Boggs, Clay County Business Development Authority President Mitch DeBoard, members of the Clay County Commission, and officials from the Town of Clay. The Governor also thanked FEMA for providing the funding needed to complete the project.

“All of the work that’s going on along Buffalo Creek and the Elk River is really coming together,” Gov. Justice said. “Clay County can already see a difference in the number of people that are visiting that area.”

“We’re really proud of all the stuff that’s going on,” he concluded. “It’s a big deal for tourism in West Virginia.”