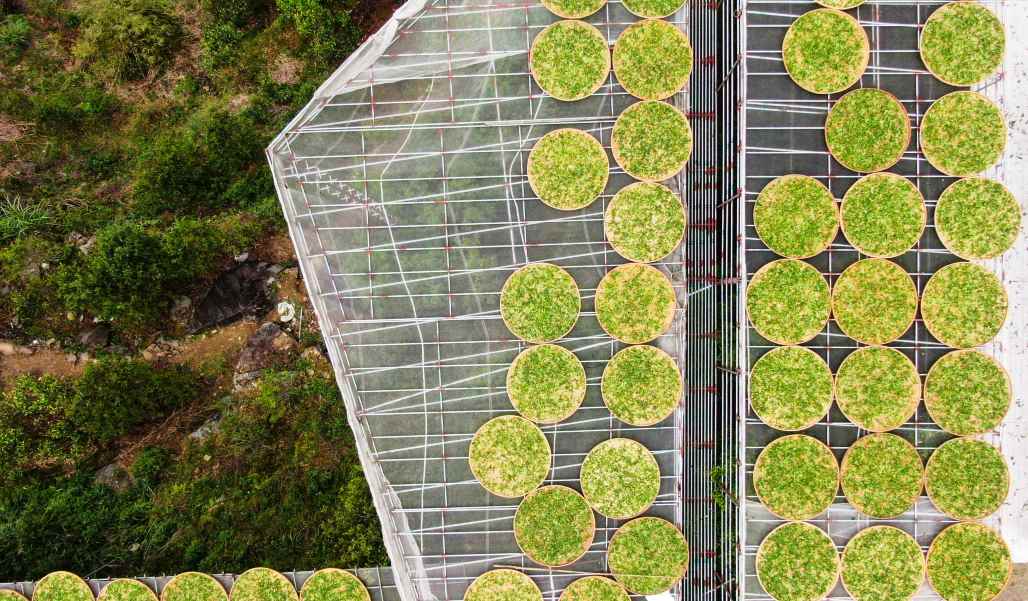 Chaozhou boasts Fenghuang Mountain, which is often hidden in mist. This is where the villages of Fenghuang Town are located. People here—though they live deep in the mountain, and were once so poor that townsfolk from their neighborhood always tried to avoid contact with them—are quite well off now.

It’s all due to the oolong tea named Dancong (meaning single cluster) that’s planted all over the mountain. The tea has made the people here rich, and Fenghuang Town has embarked on the road of prospering agriculture with science and technology and enriching farmers with industries.

At present, the construction of the Provincial Modern Agricultural Industrial Park for Fenghuang Dancong Tea is growing. The tea trading market is also being planned, with a tea cultural space and other functions such as intangible cultural heritage inheritance, skills training for Kung Fu tea.

Tea gardens are turned into parks, and farmers become investors. In this way, the local ecology is well-protected, farmers’ incomes are increased, and rural heritage industries are revitalized.

“The tea industry in Fenghuang Town, apart from pursuing quality development, consolidating and improving the primary industry, shall also make for integrated development by connecting with the secondary and tertiary industries,” says Huang Zhigang, Secretary of the Party Committee of Fenghuang Town, confidently introducing that by creating a unique town featured with tea and tourism, the secondary and tertiary industries will also be improved.

According to the Information Office of the People’s Government of Chaozhou Municipality, Chaozhou integrates tea cultivation with cultural tourism to improve the standardized cultivation and the modern management level of tea gardens. With a large number of tourists comes increased comprehensive benefits of the Fenghuang Dancong Tea. The tea is planted in single cluster, picked and processed separately. With enduring fragrance, a sweet and mellow taste, and a nice aftertaste, it has been highly praised by tea drinkers.

Chaozhou, a well-known historical and cultural city, has been seeing an influx of Chinese and foreign tourists, with its time-honored history, unique and prosperous culture, exquisite craftsmanship and beautiful scenery.

In this city, tourists can try Kung Fu tea with its lingering fragrance and flavor, admire handicrafts such as the Chaozhou embroidery and ceramics, visit Guangji Bridge and other places of historical interest, and feel the unique charm of Chaozhou culture.

In recent years, the Fenghuang Dancong Tea industry has developed rapidly and become one of Chaozhou’s dominant agricultural industries. Fenghuang Town, with its tea plantation area exceeding 70,000 mu (about 4666.7 hectares) and an annual output value of about 1 billion yuan, is the core production area of the tea.

Apart from the traditional cultivation, tea farmers have also responded to the call of the government for industrial modernization, seeking new ideas and changes.

Huang Yuanzhi, a “post-1980s” tea farmer, is from a family where nine consecutive generations have been engaged in tea cultivation. Different from the traditional cultivation and wholesale mode of the previous generations, Huang hopes to adopt scientific planting and management methods, improve the quality of the Dancong Tea and build a century-old brand, on the basis of inheriting the ancient tea trees and production skills left by his parents.