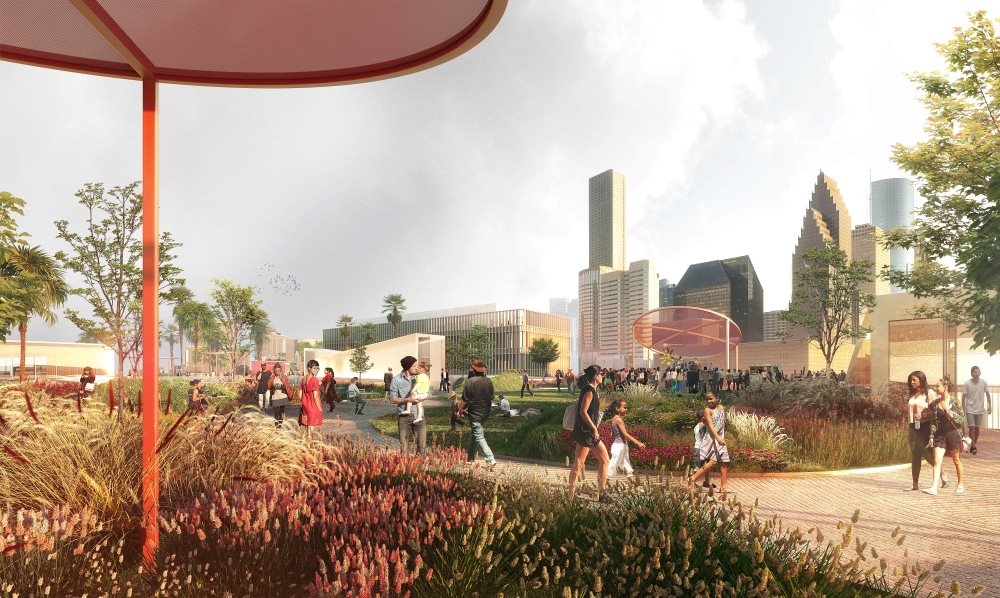 In downtown Houston, Texas, the historic Barbara Jordan Post Office is in the final stages of being repurposed, renewed and reconnected (AKA: the 3Re Strategy) to the community.

The over-550,000 square foot building—which will be called POST Houston—was in use by the federal government from 1936-2014. Commissioned in 2016 and still under construction, the revitalization of the 16-acre site is expected to be complete this summer, barring COVID-19-related delays. 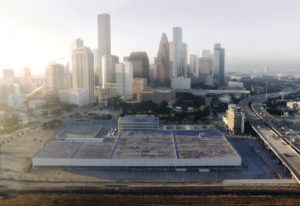 Designed by Jason Long, a partner with Rotterdam-based architecture firm OMA, the transformation of the former post office facility will house site-specific art installations by acclaimed artists, one of the world’s largest rooftop parks and farms, a concert venue and many other retail and office concepts including restaurants, bars, an international market hall and flexible co-working space.

Lovett Commercial formally announced the redevelopment back in July of 2019. “We are thrilled that one of the city’s civic landmarks, the former Barbara Jordan Post Office, is being preserved through this adaptive reuse initiative and will be transformed into an iconic destination,” said Houston Mayor Sylvester Turner of the announcement.

“This forward-thinking development is breaking away from the traditional model by creating a cultural epicenter that brings local and international cuisine, retail, art, music and innovation to our theatre district,” Turner added. 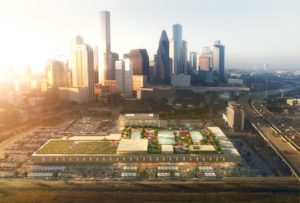 Balancing preservation with strategic, almost surgical interventions, OMA’s design engages the city at multiple levels—from the Bayou and streetscape to the warehouse and its roof.

“In a city that is constantly reinventing itself, it is incredible to have an opportunity to transform a building of such solidity and sheer scale. Lovett’s vision to preserve this structure from Houston’s past allowed us to design a multi-layered, interconnected platform for the city’s cultural and commercial future,” said Jason Long. 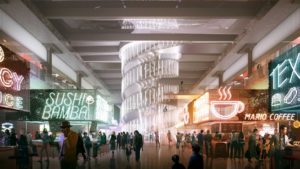 The warehouse will be punctured vertically with skylights and atriums and raked horizontally with new passages to establish distinct thoroughfares of connected activities. Three atriums excavated from the existing structural grid will bring light into the depth of the building.

Each atrium will be covered with an ETFE roof system (the first in Houston) and defined by unique monumental staircases linking the different layers of the building, culminating in an expansive 210,000 sf rooftop park and farm. Looking out to the city with a new view to Houston’s iconic downtown skyline, the design highlights the site’s history while simultaneously orienting the building towards an innovative future.

One of the many stand-out elements of POST Houston will be Skylawn, the expansive five-acre rooftop park and sustainable organic farm, designed by Hoerr Schaudt, the Chicago-based landscape architects behind Houston’s McGovern Centennial Park. 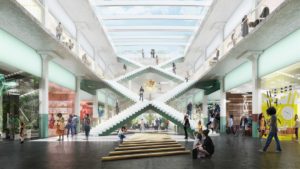 “Houston is the country’s most culturally diverse community. The city’s downtown infrastructure is experiencing rapid changes to accommodate a growing population and a new generation of Houstonians,” said Frank Liu, President of Lovett Commercial.

“We hope POST Houston will become a destination for Houstonians and travelers and we are determined to create a one-of-a-kind urban ecosystem that will showcase the vibrancy of our great city,” he continued.

As one of the world’s largest rooftop parks and farms, Skylawn features 360 degree, unobstructed views of the city’s downtown skyline and will include multiple dining and event venues, recreation and open spaces, as well as a stage for events.

The property’s culinary tenants will be able to source ingredients from the rooftop farm, allowing them to offer a rooftop-to-table experience.