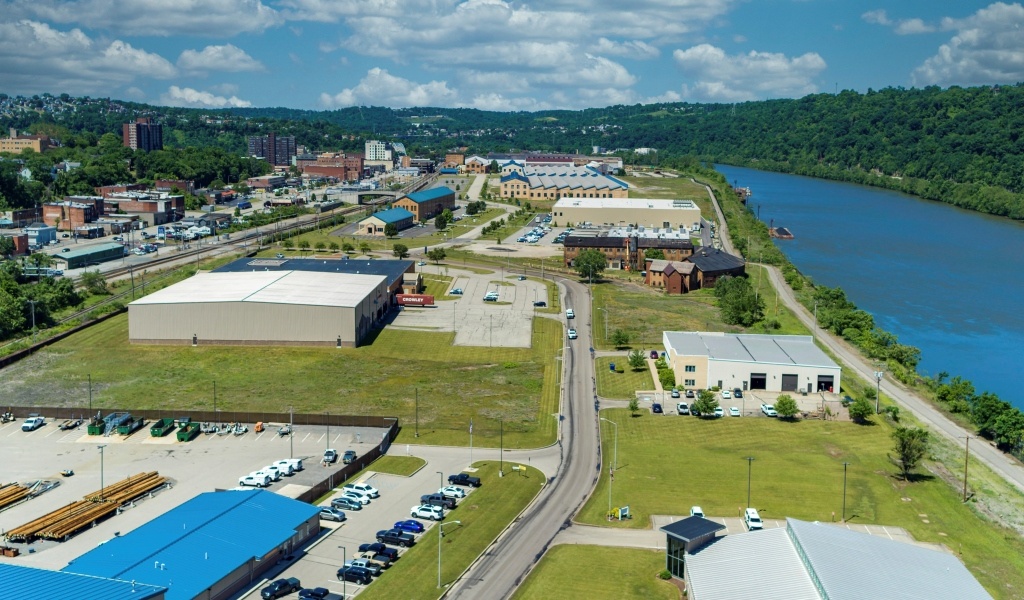 On October 5, 2021 in McKeesport, Pennsylvania, the Regional Industrial Development Corporation of Southwestern Pennsylvania (RIDC) completed a revitalizing transaction with Trulieve, a leading multi-state operator (MSO) in the medical marijuana industry.

The buildings total over 228,000 square feet and the three land parcels total 36.93 acres.

“In 1990 we were leading brownfield redevelopment on this former U.S. Steel site in coordination with Allegheny County. Now we’re welcoming companies like Trulieve, Dura-Bond Industries, Trillium Flow Technologies, American Textile Company, and River Materials Inc. to make their new homes here. And the Mon Valley truly has some valuable assets: availability of a talented workforce to fuel expansion and proximity to national transportation and distribution networks,” Smith added.

Trulieve intends to build a processing and cultivation facility comprising at least 508,000 square feet at the site and anticipates employing approximately 800 people on these parcels.

“The redevelopment of this site has been a public private-partnership with the Commonwealth of PA, Allegheny County and City of McKeesport,” said Timothy White, RIDC Senior Vice President for Development. “They have all been truly instrumental in the success we’re seeing in McKeesport to date. Their focused efforts on breathing new life into the former tube works has made them excellent partners, and together we’re cultivating real, lasting growth in the Mon Valley.”

“Trulieve’s decision to expand its presence here truly exemplifies the vision we had when PurePenn first broke ground in RIDC park,” said Mayor Cherepko. “It’s because of companies like Trulieve—the jobs they bring and their investments in the community—that our economy is steadily growing. This tremendous investment will translate to several hundred more jobs coming to our community.”

Representative Austin Davis (D) said, “Trulieve’s expansion will help them meet the demands of their customers all while creating family sustaining jobs for Mon Valley residents. I was able to help secure a $2 million RACP Grant to assist their expansion efforts which will help grow our economy. This expansion will continue to the effort to make the Mon Valley a leader in the medical marijuana industry.”

Senator James Brewster (D) said, “Trulieve’s expansion in McKeesport is another example of how the Mon Valley continues to grow. The expansion not only brings employment opportunities but also strength to the local economy. I am proud to have Trulieve in my district and look forward to their continued success.”

“Trulieve is thrilled to partner with RIDC as we strive to bring high-quality medical marijuana to patients in Pennsylvania,” said Jim Wernick, Trulieve’s Director of State Expansion. “We look forward to building lasting partnerships with communities and benefiting from the strong talent pool that exists in McKeesport and the surrounding areas.”