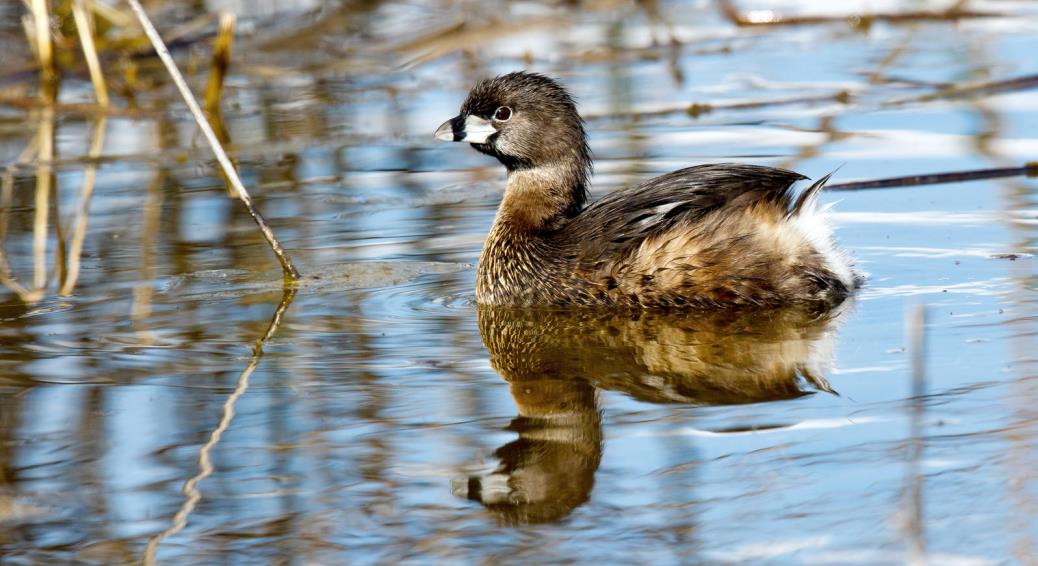 On February 24, 2020, Audubon Great Lakes, the Forest Preserves of Cook County, the National Oceanic and Atmospheric Administration (NOAA), and the Great Lakes Commission (GLC) announced that they are launching a three-year project to restore over 100 acres of wetlands at Cook County’s Powderhorn Lake Forest Preserve.

Powderhorn Lake and Wolf Lake are currently isolated from each other, but historically were connected as part of a massive wetland complex in the Calumet region. 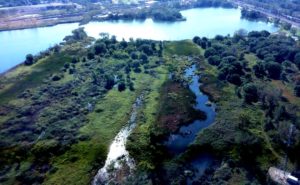 “This project builds on a large partnership in the Calumet region of Illinois to restore marshes to their former glory, providing refuge for threatened and common wildlife and improving resilience to heavy storms and lake level fluctuations,” said Chip O’Leary, Deputy Director of Resource Management at the Forest Preserves of Cook County.

“These improvements will provide more habitat for fish to spawn, which should make those who fish at Powderhorn – both marsh birds and people – very happy,” he added.

A water control structure will be installed at the north end of Powderhorn Lake, allowing managers to raise and lower water within a 55-acre shallow pool to reestablish native marsh habitat and creating a safe fish passage for the first time in decades.

A series of habitat connections extending from the water control structure to Wolf Lake will reconnect Powderhorn, an artificial lake which was formerly one of many shallow wetlands that drained into Wolf Lake. Water will soon drain safely and regularly into Wolf Lake, and from there reach Lake Michigan, expanding marsh habitat. This water control system and habitat reconnection will improve the quality of habitat for birds, fish, and other wildlife while also helping to alleviate flooding issues in the nearby community.

“Currently, water seeps into neighborhood streets and alleys of the 10th ward due to the lack of natural infrastructure connecting these lakes,” said Chicago’s Alderman Susan Garza. “With high water levels in Lake Michigan and Powderhorn Lake, improving drainage and better controlling the flow of water in the Calumet is important for the benefit of wildlife and people.”

“The Calumet region is an especially critical region for marsh birds, such as the Least Bittern, Common Gallinule, and Pied-billed Grebe,” said Bradford Kasberg, Wetland Restoration Manager at Audubon Great Lakes, which is based in Chicago.

“These birds serve as indicators for healthy coastal wetlands. The documented breeding success of these birds provides evidence of water quality; healthy insect, fish, and amphibian communities; as well as natural climate resiliency in the wetlands,” he concluded.

Significant investments by Audubon and partners across the region are already paying dividends. New water control structures at Indian Ridge Marsh, Big Marsh, and Eggers Grove are facilitating the establishment of native plants and marsh birds are returning to these areas to breed.