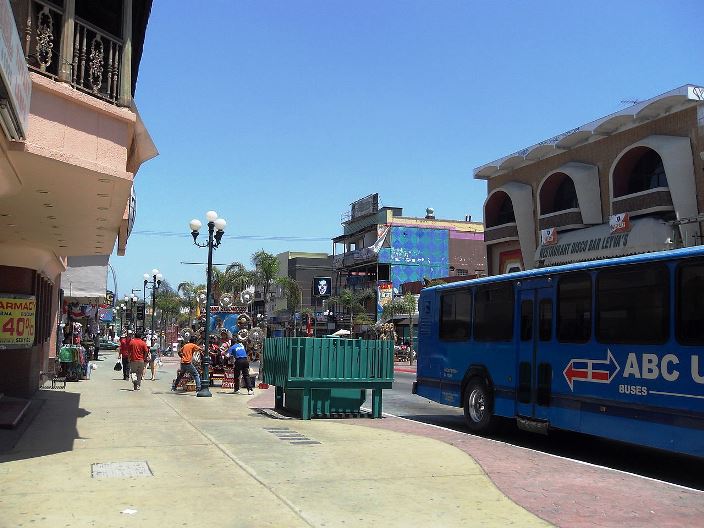 In fact, the service they offer is less a system, and more a patchwork of disgruntled drivers who often drive exactly how they feel. Traveling in the city requires patience and grace, and once you’ve picked one from a multicolor herd of vehicles to get you where you need to go, the only guarantee is that there’s no guarantee you’ll arrive on time.

The city’s buses are run by 14 private companies contracted out by the city. Tijuana’s taxi network is also private — 33 companies run along 127 different routes. All of them are competing for streets, passengers and money, and if there’s a dispute between transportation operators over who controls which route, the residential areas, or colonias, along them won’t see a taxi or bus until the companies reach a resolution.

Before the end of the year, an estimated 120,000 Tijuana residents who will benefit from the first phase of a $61 million, 23-mile bus rapid transit system, called the Sistema Integral de Transporte Tijuana, or SITT. Air-conditioned buses with WiFi, transfer tickets that cost 75 cents, and a reduction in transit times by 25 to 30 percent are all amenities that José Alonso López Sepúlveda, director of the SITT program, says Tijuanenses can expect as soon as November of 2016.

“It’s a city project,” he says. To him, the people set to benefit the most are those on the outskirts of the city, like students at UABC Valle de las Palmas, who’ve suffered for too long at the hands of erratic passenger vans and taxis. What his city is about to debut is far more than just a line of shiny new buses, he says. “It’s about reforming, in this moment, the idea of movement in Tijuana.”