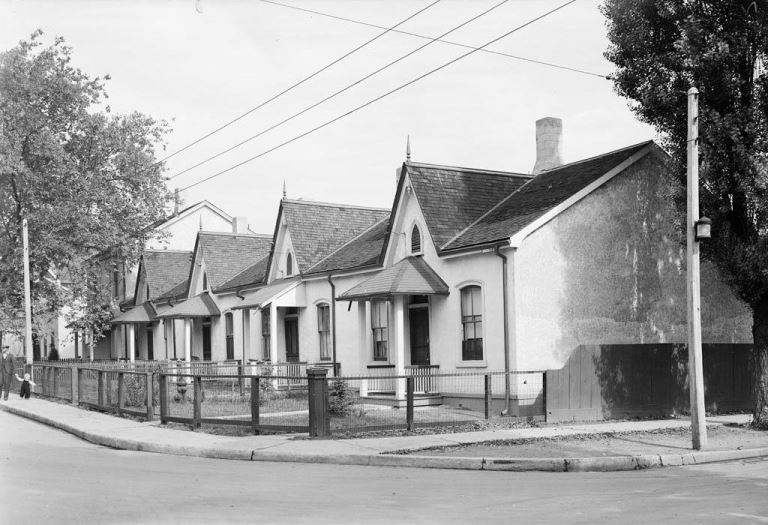 In the 1970s and ’80s, there were racial tensions between the established Polish and Ukrainian immigrants and the new immigrants. An infamous African Canadian gang called the Project Originals emerged. Drugs and violence were a huge problem, and during this time, a crack epidemic swept the area. In the early ’90s, a group of Alexandra Park residents sought to convert the government housing complex to self-governing co-operative housing, in order to attempt to make a difference in the struggling community in an effort to stop the oppression and drug wars the project had been facing for many decades previous.

After a long period of community consultation, The Toronto Community Housing Corporation planned a major revitalization of Atkinson Co-op and surrounding areas of Alexandra Park.

Now, after eight years of planning and hard work, the new and improved Alexandra Park has welcomed its first cohort of residents into their brand new – and impressive – Toronto Community Housing homes.

On September 24, 2016 the community held a celebration to mark the return of 40 families to town homes built on the site of their former dwellings, which had been in dire need of renovation.

While a revitalization of the area was needed, rather than have the area’s revitalization foisted upon them, residents in Alex Park played an active role right from the beginning.

“It would have been easy for the residents of Alexandra Park and Atkinson Co-op to sit back and watch as the revitalization unfolded before their eyes, but it wouldn’t have been wise,” said long-time resident Marwa Eldardiry. “The revitalization is something that directly affects the lives of the residents in this community and it was extremely important to the residents of Alexandra Park to not only have a say in the process but to also drive the process and ensure the outcome would be a positive one.”

Before signing off on the revitalization, the residents insisted that they be allowed to stay within the community throughout the redevelopment process. That was what happened.

Image of Alexandra Park homes in 1939, prior to being demolished for disastrous public housing (courtesy: City of Toronto).