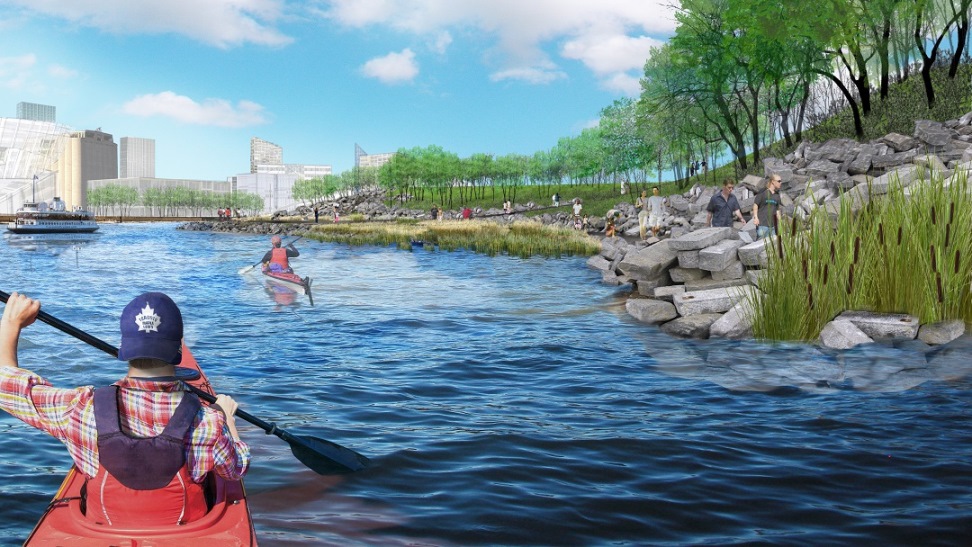 On June 28, 2017, one of North America’s largest underused urban areas is poised for extensive revitalization after Waterfront Toronto received $1.25 billion in shared funding from the governments of Canada, Ontario, and the City of Toronto.

The Port Lands Flood Protection Project will flood protect the Port Lands and build the necessary infrastructure to unlock the area’s potential for new neighbourhoods and employment areas. 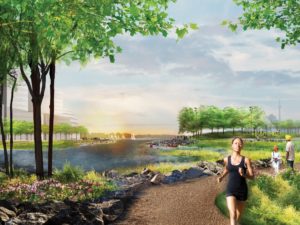 Working together for more than a decade, Waterfront Toronto, the Toronto and Region Conservation Authority (TRCA) and the City of Toronto have developed and refined an innovative solution to protect the Port Lands and adjacent areas from costly damage associated with a major flood, to remediate the area’s contaminated soil, and to better adapt the area to the impacts of climate change. The Port Lands Flood Protection Project will create two new outlets for the Don River – including a wide river valley – that will safely convey flood waters into Lake Ontario, as well as provide new parks, aquatic habitat and infrastructure such as roads, bridges and a transit right-of-way.

Adjacent to Toronto’s growing downtown, the Port Lands is an ideal area to support the city’s continued population and job growth through the creation of new inclusive, sustainable, and resilient communities and employment areas that will make Toronto a more globally competitive destination for talent, investment and jobs. Surrounded by parks and with substantial water’s edge access, this area will be an attractive area for residents, workers and visitors alike.

“As more and more Canadians become city-dwellers, we need places where we can put our toes in the water and connect with this country’s natural beauty,” said Waterfront Toronto CEO Will Fleissig. “Flood protecting the Port Lands presents us with a remarkable opportunity to imagine and create beautiful, sustainable and prosperous communities on the doorstep of downtown Toronto and on the waterfront we all share.”

The Port Lands Flood Protection Project will take approximately seven years to complete, and is shovel-ready, having completed numerous studies and approvals, including two environmental assessments. Fundamental to this project is an extensive due diligence report, completed in 2016, that allowed governments to make the most informed decision – and with the greatest degree of confidence – on the project’s budget, implementation plan, timetable and strategies to mitigate the project’s risks. 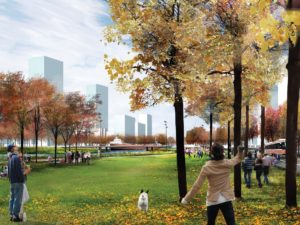 In addition to the multiple community benefits of parkland, water access and new natural habitat, the project has the potential to deliver wide economic benefits. A third-party economic impact study estimates that spending on construction alone will generate approximately:

The study also indicates that there are economic benefits related to future development unlocked by the project, including approximately:

Their mandate is to deliver a revitalized waterfront that brings together the most innovative approaches to sustainable development, excellence in urban design, real estate development, and leading technology infrastructure.  Waterfront Toronto is delivering on important public policy objectives to: 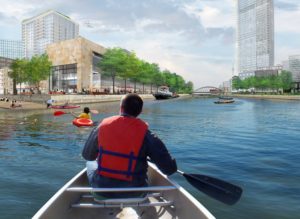 Since its inception, Waterfront Toronto has generated a successful track record delivering critical infrastructure and transit, parks and public spaces, affordable housing, advanced sustainability models and communications networks. These efforts have resulted in over $10 billion of private investment within and adjacent to the waterfront area.

Toronto’s new waterfront communities will help to keep the city competitive with major urban centers around the world for investment, jobs and talent. Their revitalization work is helping Torontonians and visitors reconnect with the waterfront as a place to live, work and play.

All images courtesy of Waterfront Toronto.