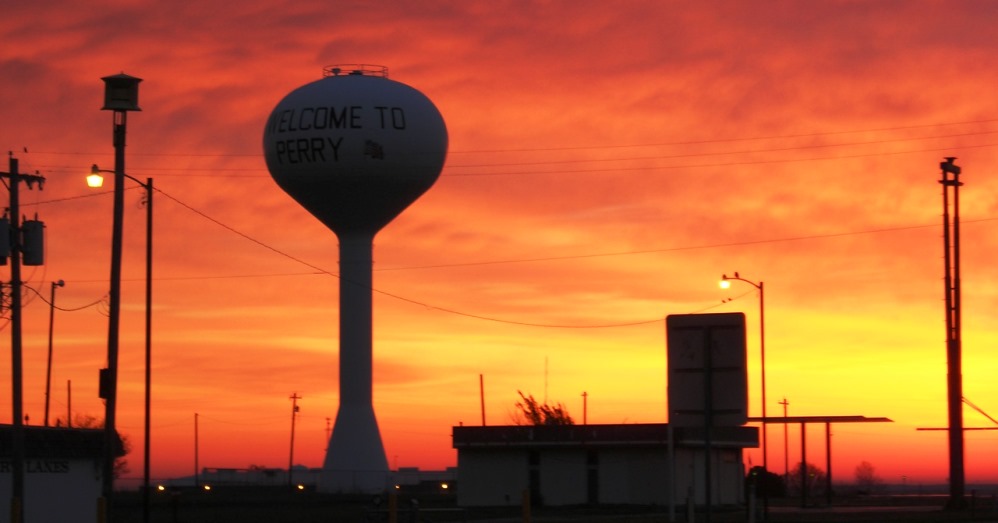 In Perry, Oklahoma, the local Walmart will shut down in July of 2017. Local leaders say this is their chance to revitalize the downtown that the Walmart devitalized some two decades ago.

Perry only has about 5100 residents, so their downtown is central to their feeling of community. Revitalizing is is now their top agenda item. Fortunately, they understand (as described in the new Resilience Strategy Guide) that retail follows residents: incentivizing new retail in a downtown devoid of customers is seldom a successful tactic. Looking at the the many empty upper floors of the historic downtown buildings that await renovation, consultant Ron Drake says “Putting residential in these amazing spaces on the second floors and third floors is kind of a great way to bring back life into downtown.”

Of course, for those Walmart employees who are losing their jobs, news of the store closure was devastating. As these excerpts from their June 13, 2017 press release, city leaders said: “Yesterday’s announcement of the closure of Walmart in Perry was a shock to their employees, the public and city officials. The city was told informed that Perry did not meet the current Walmart business model. Yesterday, city officials immediately began contacting third parties of the prospective vacant space and the business opportunity. Immediate interest was received. These contacts will be continued and widened. 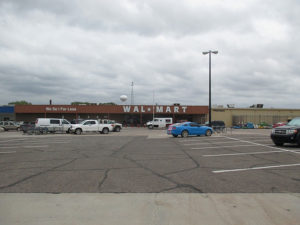 The financial impact of the loss of Walmart on the residents of the City and the City Government itself cannot be minimized. Residents without reliable transportation depend on Walmart to purchase necessities to meet their family needs. But many of these needs can be met by other Perry businesses, including two completely remodeled pharmacies, Dollar General, Kennedy True Value, NAPA, O’Reilly’s, Thorn Originals, the current and new Braums being constructed and numerous other local retail businesses. The City also subsidizes Cherokee Strip Transit to assist local travel needs. In addition, with the very recent decision made by Amazon to permit local sales taxes to be charged upon the point of sale of their goods, persons that shop via ecommerce will pay local sales taxes on their purchases. The financial impact on the City from lost sales taxes will be factored into this year’s budget with appropriate capital projects and other cuts recommended. The City also has lost a significant employer and utility customer.

It is hard to view this loss of Walmart as an opportunity. But it must be viewed in this manner. Perry now has 30,000 square feet of available retail space in a prime location available for rent at a reasonable rate in a vibrant community which is the home of Charles Machine Works. Incentives are available for significant sales tax related relocations and start-ups in the community.

We grieve with the Walmart employees. But it is time to redouble our efforts for economic development and to promote spending sales tax dollars at home, more than ever. Recapturing the sales tax dollars lost to the community due to Walmart’s closure must be now be a major focus of the City of Perry and its local businesses.”

Photo of sunrise in Perry by Wesley Fryer via Wikipedia.