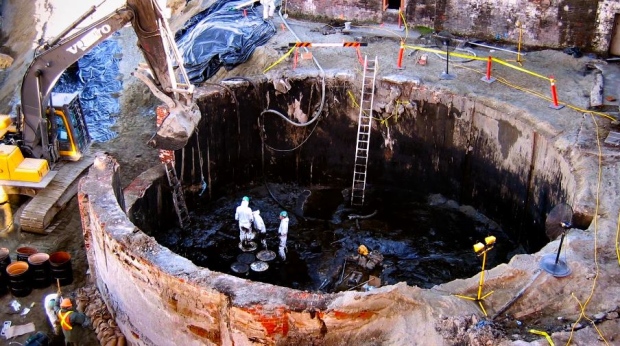 Jacques Sirois, chairman of the Friends of Victoria Harbour Bird Sanctuary in Victoria, BC says the the cleanup of the city’s waterways is “amzazing”.

He continues “Thanks to Transport Canada and B.C. Hydro for cleaning up Rock Bay. Thanks to other federal departments (Public Works Canada and National Defence), many municipalities, the Capital Regional District, private enterprises, NGOs and an army of volunteers for cleaning, restoring and rewilding Victoria Harbour, the Gorge Waterway, the Selkirk Waterway and Esquimalt Harbour in recent decades.”

Sirous adds, “Possibly $500 million has been spent; nobody really knows. Much remains to be done but our two main harbours have not been this clean in half a century. As a result, wildlife is staying and coming back. Clean waters and wildlife are fuelling urban renewal in a way that was unimaginable 60 years ago.”

The Canadian federal government’s remediation of one of British Columbia‘s most contaminated sites is wrapping up.

The Rock Bay property in Victoria, which will now be sold to local First Nations, operated on Victoria’s upper harbour until 1952.

In its early days, the coal gasification plant helped to power Victoria.

BC Hydro has also spent $90 million over the past 20 years to to clean up its section of the site.

Once final monitoring of the land is complete, the Songees and Esquimalt First Nations plan on purchasing the property, which is located on the edge of downtown Victoria.

“We have an opportunity to be able to grow economically and be part of the economy,” said Andy Thomas, a hereditary chief of the Esquimalt First Nation.

See Sirous’ Letter to the Editor.