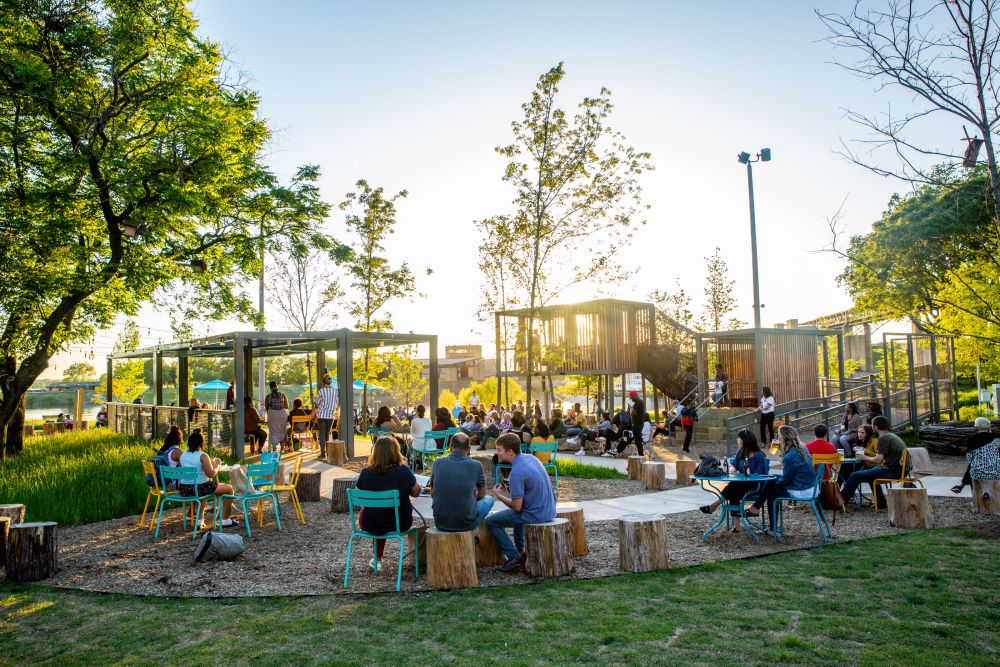 The September (2019) media headlines were not kind to Pittsburgh. Prompted by a new report on racial and gender disparities in the city, articles such as “Pittsburgh: A ‘Most Livable’ City, but Not for Black Women” began to surface, highlighting a troublesome contradiction.

By numerous measures, the Steel City is on the rise. But much of its growth and prosperity are concentrating downtown and in a handful of adjacent neighborhoods, while other neighborhoods—home primarily to people of color and high-poverty households—have yet to feel the lift.

This story is hardly unique to Pittsburgh. After decades of sprawl and suburban dominance, many U.S. cities are experiencing rebounding populations, growing employment, and new public and private sector investments in both people and places. Yet many communities are being left out of the revival.

Throughout the country, the challenges wrought by our widening geographic inequities—characterized by stark income, wealth, and race-based disparities across neighborhoods, cities, and regions—are becoming even more apparent, thrusting “place” to the forefront of many economic policy conversations.

One year ago this month, Brookings Metro dove into this fray with the establishment of the Bass Center for Transformative Placemaking. The impetus stemmed from the recognition that market disruptions, coupled with changing demographic and household structures, are sharpening the nation’s long-standing spatial divides—and that new sets of place-led policies and practices are essential to bridging them.

The patterns of concentration, dispersion, and racial and economic segregation that characterize the American landscape are not new, nor are they static. Across the country, research by our Brookings colleague Mark Muro and others has shown that large, coastal metro areas such as Seattle, San Francisco, and New York City are capturing a disproportionate share of today’s digital-economy growth, while small and midsized cities and rural areas fall behind.

Within metro areas, poverty and racial isolation remain persistent in historically distressed and disinvested urban neighborhoods, even as many downtowns, waterfronts, and innovation districts are undergoing significant revitalization and reinvestment. Meanwhile, many suburban communities are grappling with aging infrastructure and rising numbers of poor residents, amid auto-centric designs that lack the walkability and connectivity demanded by the businesses needed to serve them. 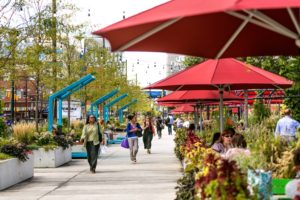 Residents and workers in these areas understand that in today’s economy, opportunity is increasingly dictated by geography—and they’re putting pressure on federal, state, and local leaders to take action.

Yet lingering tensions remain, rooted in deep-seated fears about neighborhood change and the lack of community voice in the process.[9] People want to see their communities improve, but those who have long been excluded from growth and investment are rightfully wary about who decides the meaning of “improvement,” and who will reap the gains. In short, how can residents trust that the benefits of investment will finally reach them?

We launched the Bass Center a year ago with the aim of inspiring public, private, and civic leaders to respond to this question—that is, to work deeply with communities to make the kinds of investments in place that will generate widespread social and economic benefits. Twelve months and a lot of listening later, we’ve developed an outcome-oriented framework that defines transformative placemaking as a new form of integrated practice for getting there. The framework—meant to be adapted and refined to reflect community priorities and realities—is designed to provide stakeholders in urban, suburban, and rural areas with a holistic template for creating connected, vibrant, and inclusive communities.

Over the past several decades, planners, community development groups, and other place-focused organizations have elevated the importance of place and placemaking in fostering more inclusive development. However, for all their successes, those efforts are constrained by dated structures that fail to keep pace with the changing needs of businesses, institutions, residents, and workers in regards to place—and are thus unable to substantively turn the tide on the nation’s unequal growth patterns. For example, for all of the evidence showing the benefits of proximity and density, many of our policies and investments still largely support decentralized development—and the auto-dependency, environmental degradation, and fiscal waste that come with it. Further, when public and private sector leaders do prioritize place-based investments, they often focus on either mitigating the symptoms of entrenched poverty or catering to the perceived demands of well-off workers and residents. In neither case is more equitable and inclusive economic growth the main objective.

What does transformative placemaking aim to achieve?

When Brookings Metro established the Bass Center last year, we put forth a case for why the Center was needed—that is, the major challenges it would address and the gaps in knowledge and practice that it would work with the broader field to fill. But we needed more time to define what success might look like on the ground—in other words, what locally deployed transformative placemaking should aspire to achieve. To this end, and with significant input from several other individuals and organizations, the Bass Center has developed a four-part, holistic framework that defines the practice and lays out a broad set of outcomes against which local efforts might be gauged.

Encourage civic structures that are locally organized, inclusive, and support network building. Civic infrastructure—or the organizations and institutions that help people connect with one another, address shared concerns, and solve public problems—forms the backbone of a healthy community. Still, traditional place-based economic revitalization efforts—while bringing essential resources, investment, and physical improvements to communities—haven’t always dedicated concomitant energy to strengthening and sustaining the localized governance structures needed to carry out a shared community vision over time. When efforts are made to strengthen local place governance, they may suffer from funding and legal structures that prioritize business needs over residents, or fail to meaningfully engage diverse community perspectives. Transformative placemaking supports, and is supported by, formal and informal locally organized structures and networks that are representative of a community’s diverse voices, outcome-oriented, and sustained by funding, expertise, and partnerships.

For example, in Washington, D.C., Building Bridges Across the River is encouraging locally managed civic infrastructure by finding creative ways to engage community members, municipal leaders, and nonprofits throughout every step of their effort to develop the city’s first elevated public park. It offers Community Leadership Empowerment Workshops to teach residents how to effectively organize and lead meaningful change, provides resources for residents and others to create inclusive, community-driven plans of their own, and is continually adapting its Equitable Development Plan to meet residents’ changing needs.

This framework is designed to be relevant to any community aspiring to pursue large-scale development or redevelopment that promotes widespread economic and social benefits. It is neither prescriptive nor static, recognizing that the specific strategies to achieve transformative placemaking’s objectives—in whole or in part—must be tailored to the distinct needs of places and populations, and constantly evolve in response to new market forces, trends, and opportunities.

In practice, this framework can serve as a template for public, private, and civic sector leaders to guide program development, policy reform, and resource allocation decisions, to set impact goals and metrics for assessing them, and to measure progress over time. It encourages them to establish a more holistic vision for what a place can become, and to understand the role that intersecting transformative placemaking efforts—locally designed and advanced—can play in achieving that vision.

At the end of the day, this framework is about creating livable places for everyone, not just those at the top of the ladder. It encourages places like Pittsburgh, and other cities and towns facing place-based inequities, to take a hard look at who has benefited from investment in the past, who is benefiting now, and how leaders can partner with communities to ensure that more people benefit in the future.

This article by Jennifer S. Vey and hanna Love originally appeared on the Brookings website. Reprinted here by permission.