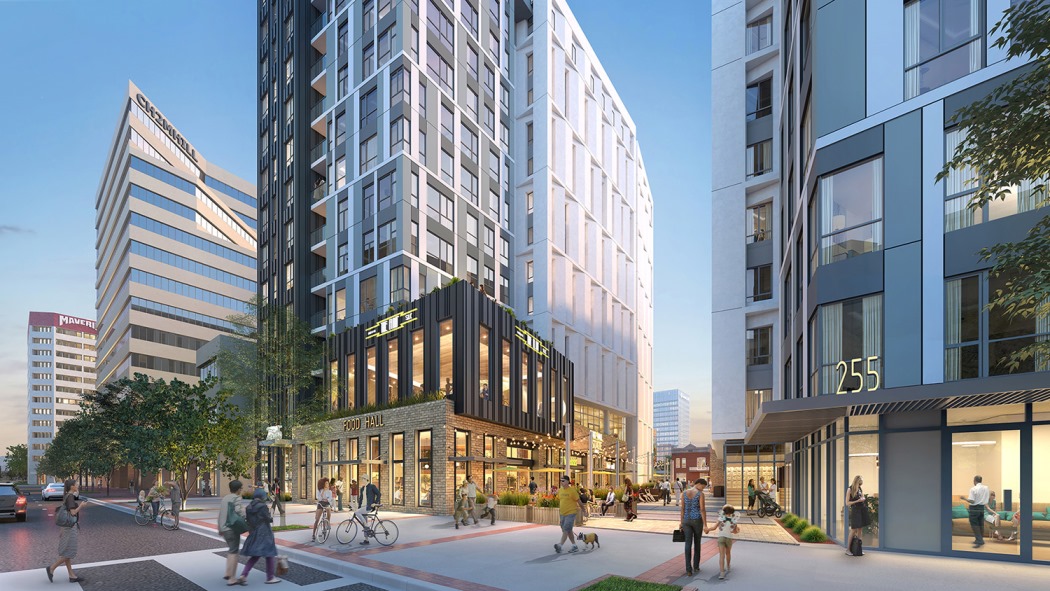 The property at 255 South State Street in downtown Salt Lake City, Utah has long been blighted by an unsightly, rusting steel structure that’s the corpse of a failed, unfinished development.

Prior to abandoned project, the site was the former home of a previous generation of dilapidated single-room occupancy unit (SROs) buildings, which was purchased by the redevelopment agency in the early 2000s and demolished in 2012. 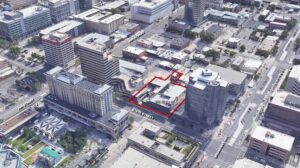 Now, on March 15, 2021, KTGY Architecture + Planning, along with Brinshore Development, LLC, announced that revitalization of the troubled property is finally on the way, as construction commenced on a 190-unit, mid-rise and high-rise, mixed-use neighborhood developed by Chicago-based Brinshore, in partnership with the city’s redevelopment agency.

“The new downtown development will provide much-needed affordable and workforce housing invigorating the neighborhood and creating a 24/7 live/work/play environment,” said Keith McCloskey, LEED AP, associate principal at KTGY. “The development at 255 South State Street is also designed to uniquely connect to the surrounding city blocks and beyond.”

The design team created an open-air paseo between the two mixed-use buildings connecting the new development to the adjacent commercial uses, including a thriving coffee shop, a record store and neighborhood creative office space.

A primary crosswalk connects the development to the light rail stop one block to the west and to the Gallivan Center, a cultural hub that provides entertainment-related uses, including a large outdoor grass amphitheater and event space, as well as a public ice-skating rink.

At eight and 12 stories, the two new towers will augment the city skyline.

“The new development will add a modern twist to the downtown business district’s skyline by combining the elegant look of contemporary glass and sleek metal with the industrial feel of an artist loft community – which utilizes galvanized steel awnings and detailing, aluminum paneling and brick facades,” said McCloskey. “The interplay of these materials as one meanders through the midblock paseo sets a backdrop for brightly colored outdoor art exhibits.”

Split between the mid-rise and high-rise towers, the new community brings 190 new residential units to the urban core; 168 units are designated affordable for renters earning between 20% and 80% of the area median income. The units are a mix of studio, one-bedroom, two-bedroom, three- and four-bedroom apartment homes, as well as two at-grade artist live-work spaces which allows the development to appeal to young professional singles and families alike. 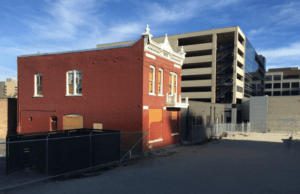 According to McCloskey, the design guidelines called for a midblock crossing and the preservation of the Cramer House, an existing two-story historic building on the site.

“The design team took the requirement and turned the crossing into an outdoor public paseo that bisects the development, inviting the public to move from the sidewalk through the community, creating an active public space day and night. Commercial tenants, event space, food hall and live-work units will line the paseo on the ground floors, while the residential units are located on the upper levels. The food hall, which is unique to the community, will draw lunch-time workers during the day and urban dwellers at night,” said McCloskey.

“The two towers create a public paseo from State Street carrying pedestrians from the urban streetscape through a retail and art corridor, into a sweeping outdoor space that will host events at the intersection of the north-south and east-west paseos. The open-air event space creates a place to savor a meal and enjoy the outdoors for both employees of the creative office space, as well as residents. It also establishes this corner as the neighborhood gathering place, ideal for concerts,” McCloskey added.

“The paseo is activated by the development’s largest tenant, a ground-floor food hall concept, which features large, operable glass walls allowing the dining experience to flow into the public realm. The historic Cramer House, which is currently envisioned to be restored and reopened as a unique culinary concept, sits directly on the public open-space component and will actively engage the public realm with an outdoor-dining component,” noted Whitney Weller, senior vice president with Brinshore Development.

Brinshore is also looking to partner with local organizations to bring active events and programming to the community and paseo including the Salt Lake Film Society to host outdoor film events.

With an emphasis on affordability, the design team looked to new construction techniques, exploring options that would assist in reducing the construction time and streamlining the process, creating inherent affordability by design.

While the eight-story tower will utilize standard construction techniques and materials of wood, concrete and steel, the 12-story high-rise tower will leverage a steel structural system by Infinity Structures aimed at shortening the overall construction timeline and achieving more affordable construction costs.

According to McCloskey, “Ten levels of Infinity load-bearing, factory-panelized walls sit above a two-level concrete podium to create the framework for the residential units. While new systems and techniques are being brought to market at an increasingly rapid pace, the Infinity system allowed for the right amount of design flexibility.”

Construction is estimated to take 24 months.

All images courtesy of KTGY.