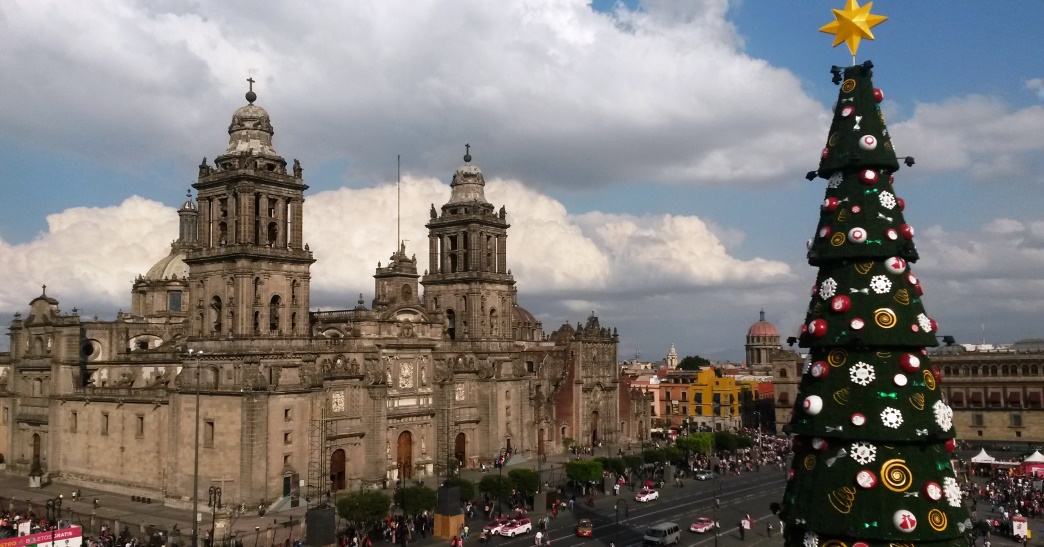 Readers of REVITALIZATION, The Restoration Economy), or the Resilience Success Guide know that a central precept of resilient community revitalization is asset-based: repurposing, renewing, and reconnecting what you already have. 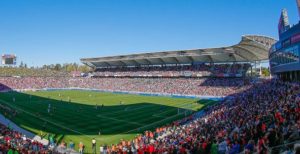 Apparently, Los Angeles has learned this lesson, if their recently-successful bid for the 2028 Summer Olympics is any indication.

On the website of the Los Angeles Olympics bid, the city claims “LA 2028 is about what we have, not what we’re going to build.”

They go on to say “We designed a plan centered on sustainability and fiscal responsibility. That means maximizing the use of our existing world-class facilities, civic spaces, unique geography, and iconic backdrops.” 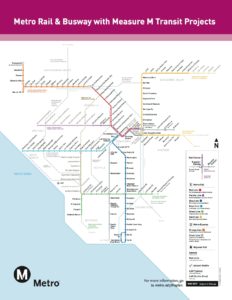 An Olympic and Paralympic Village will use facilities on the centrally-located UCLA campus, near the city’s cultural and entertainment attractions.

The Four Sports Parks housing and world-class existing sports venues will bring the Games experience to more areas of Southern California than ever before.

This strategy of using existing facilities will give residents numerous opportunities to view non-ticketed events all across the city. All Olympic and Paralympic Sports Parks are within 40 minutes of the Olympic Village.

This stands in stark contrast to many other Olympic cities, such as Athens, Greece and Rio de Janeiro, Brazil, where badly-planned, profligate (and corrupt) spending turned what should have been a historic highlight in the cities’ histories into an international humiliation and decades of debt to be repaid. Not to mention plaguing the cities with abandoned, hyper-expensive “ghost town” facilities.

But there’s one aspect of new construction that DOES make sense for an Olympic city: transit. Mexico City was the first–and is still the premier example–of a host city that effectively used their Olympics to revitalize their entire urban area by better-connecting it. 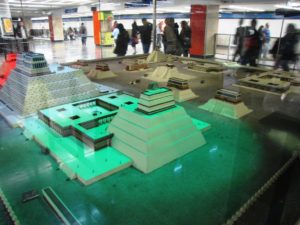 Many Mexico City stations have art or educational exhibits. This one at the Zócalo station has a model of pre-Cortez-invasion Tenochtitlán. Photo by Storm Cunningham.

The Mexico City subway system (now enhanced with light rail and BRT) that was launched in preparation for their 1968 games is world-class. It certainly puts the Washington, DC Metro (where I live) to shame, in any way you wish to measure it: efficiency, maintenance, safety, design, and (of course) scale. It’s very rare to wait more than five minutes for a train in Mexico City: one or two minutes is the norm. 15-20 minutes is closer to the norm in the Washington, DC area.

Best-known these days for shut-downs, accidents, and delays, the DC Metro is traditionally one of the worst-managed on the planet. That said, the present General manager Paul Wiedefeld, hired in November of 2015, has done an excellent job of managing the system during its recent safety-oriented emergency renovation. It was an emergency due to decades of deferred maintenance. That, in turn, was due in large part the poor design of the multi-jurisdictional Washington Metropolitan Area Transit Authority (WMATA) back in the mid-70s: its funding model was never very viable.

Mexico City’s metro is now the second largest system in North America, after the New York City Subway. In 2015, the system served over 1.6 billion passengers, giving it the 9th-highest ridership in the world.

Their inaugural metro line was a significant 12.7 kilometres (7.9 mi) long, and served 16 stations. It opened to the public on September 4, 1969. As of 2015, the system boasts 12 lines that together serve 195 stations over 226.49 kilometres (140.73 mi) of rail. Ten of the lines are rubber-tired, which are quieter and cope better with Mexico City’s unstable soils. As proof, the system survived the 1985 Mexico City earthquake.

But Los Angeles is, in some ways, going Mexico City one better, in terms of reducing financial risk. The enhanced transit that Olympic attendees will enjoy in 2028 is already planned, funded, and/or under construction. 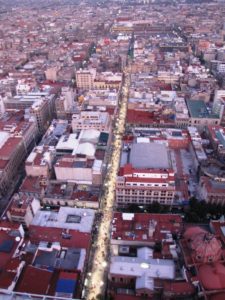 Mexico City’s metro enabled many walkability initiatives like pedestrianizing Madero Ave. from Alameda Park to the Zócalo (at top).Photo by Storm Cunningham.

While L.A. had to rely on its massive—and congested—freeway infrastructure for the 1984 games as its transportation backbone, the 2028 games will benefit from L.A.’s already expanding rail transit system.

The Measure M victory came on the heels of last year’s successful openings of light-rail extensions to Santa Monica via the Expo Line and Azusa via the Gold Line.

The Santa Monica extension, which terminates a few blocks from the city’s famous pier, beach and downtown promenade, has been wildly popular. 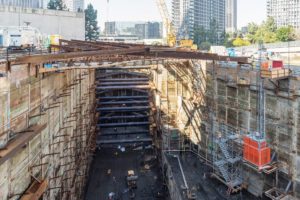 Leaders in and around L.A. now have 11 years to deliver on an ambitious transportation vision, one that not only serves the short-term transit needs of the Olympics, but serves communities across the city and county well after the closing ceremonies.

LA’s bid website concludes by saying: “Our vision is to help transform the Games, utilizing our city’s ideal climate, unparalleled culture of creativity and imagination, and youthful energy to make them the most sustainable in decades. We believe this will serve the Movement well beyond 2028.”

With this transit-oriented strategy of leveraging the assets they already possess, they are on track to achieve exactly that.

Featured photo shows the Zócalo of Mexico city at Christmas. Two entrances to the Metro system are in the lower right corner. Photo by Storm Cunningham.