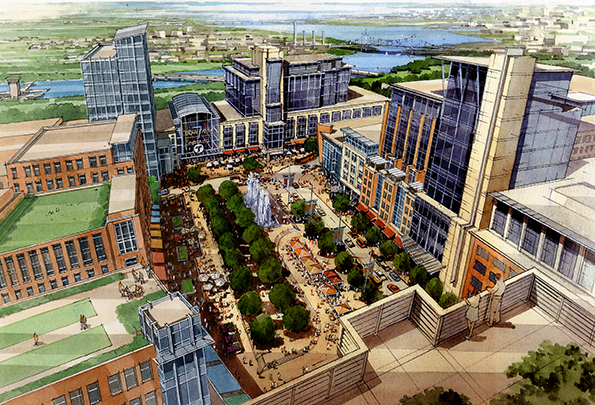 Rail stations, it turns out, are delivering much more than passengers to surrounding neighborhoods. Economic revitalization almost always arrives with the train, as well.

Young workers who prefer to walk or take the train — rather than drive — to eat, work and shop are pushing up property values and reshaping the way developers approach their plans.

Such trends give transit-oriented developments an edge over traditional suburban office parks when companies are searching for space, real estate experts say.

The growing number of transit-oriented developments has spurred rail projects in markets of all sizes. Areas that have experienced development near new rail systems or station openings include Fulton Market in Chicago, Illinois; downtown Kansas City, Missouri; Austin, Texas; and the RiNo neighborhood of Denver, Colorado, to name a few. 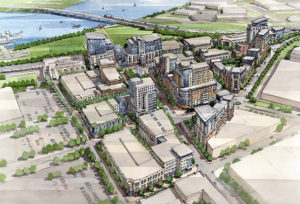 Somerville is enjoying another transit-oriented redevelopment success in the form of Assembly Square, a massive, 145-acre former industrial site on the Mystic River.

The abandoned site had been the topic of public controversy for years, with a deeply divided community and fractured local leadership halting redevelopment of the site. The site’s eventual redeveloper, Goody Clancy, led a successful public engagement effort and a resulting development plan that enabled:

Office buildings with access to transit are clearly outshining those without, fetching rents that are almost 80% higher. That amounts to $45.57 a square foot versus $25.39 a square foot, according to a report released this year by Jones Lang LaSalle. Those same buildings have a vacancy rate 3.7 percentage points lower than offices without transit access.

Putting a commercial development near a rail station also reduces the need to build parking, which can be costly. And even millennials who do not use the train may not require a parking space; many are indifferent toward car ownership, particularly given the rise of taxi and car service technologies like Lyft, Uber and Zipcar.