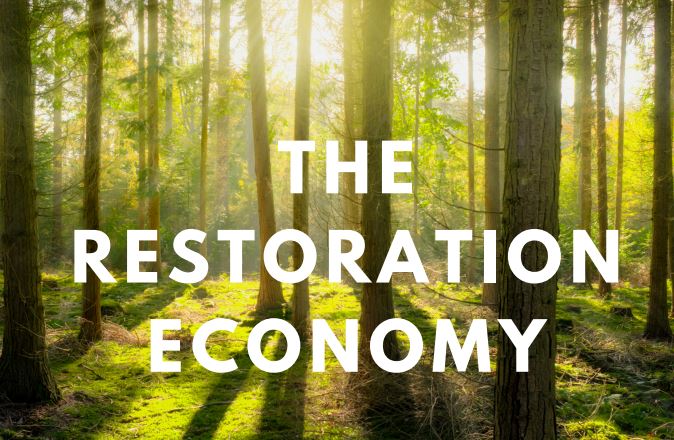 The Theodore Roosevelt Conservation Partnership (TRCP) has just released an economic report that showcases the importance of investing in the restoration of wildlife habitat and water systems.

The collection of economic studies compiles the best available data to paint a picture of the value of environmentally beneficial investments.

The analysis shows that for every $1 million invested by the federal government, 17.4 restoration economy jobs are created.

In this, it’s reminiscent of the pioneering work done by former Montana Governor Brian Schweitzer. He brought in Storm Cunningham, author of the landmark 2002 book, The Restoration Economy, back in 2006 to help the state design and launch the Montana Restoration Economy initiative.

Three years later, in 2009, the state published the world’s first restoration economy report, documenting the return of investment (in jobs and money) of restoring natural resources. Their numbers were very similar to this new report from TRCP.

“The data backs it up. Investing in conservation creates jobs, propels our economy forward from the past year, and strengthens habitat,” said Whit Fosburgh, President and CEO of TRCP.

“As policymakers draft infrastructure legislation, they should keep these conservation priorities top of mind. We can build more resilient communities, combat climate change, and create hunting and fishing opportunities for more Americans,” he added.

The report shows that the restoration economy creates more jobs than health care, energy, and military sectors per every $1 million invested.

The TRCP report is more comprehensive, and it’s probably no coincidence that TRCP has an office in Missoula, Montana.

The report specifically looks at job creation for the following activities: