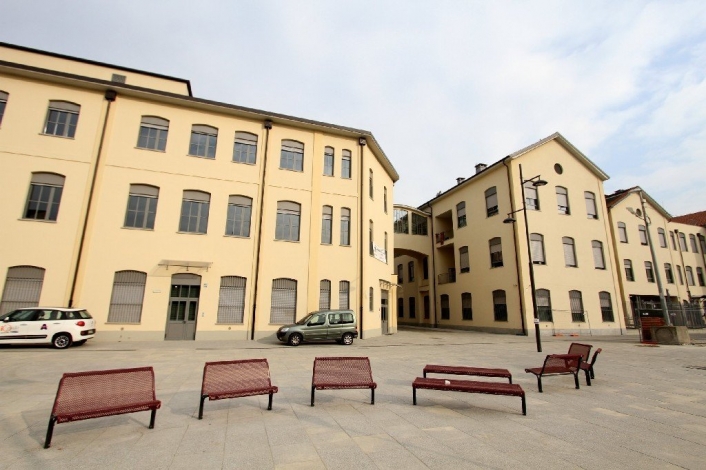 Torino (“Turin” to English-speakers) is sometimes called the “Detroit of Italy.” The nickname evokes both a years-ago dominance in automobile manufacturing as well as the devastating post-industrial collapse that followed.

You won’t see much evidence of either in the elegant squares of the city center, lined with Baroque buildings restored for the Winter Olympics held here ten years ago. 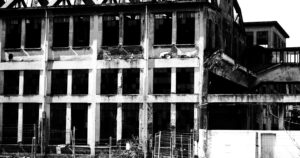 But just two kilometers away, the Barriera di Milano neighborhood holds the ruins of factories where cars and their parts were made. Gradually, these empty hulks are being turned into loft-style housing, university buildings and office spaces.

The latest redevelopment is in the former headquarters of a company known as Incet, which made electric cables and was active until 1968. After acquiring the campus of giant white buildings, city authorities briefly used it as a pound for confiscated vehicles before letting it sit vacant for decades.

Now, Torino is renovating the buildings into a hub of what officials here call “open innovation” — and perhaps, a spark plug for a new post-industrial economy.

A crucial element of this strategy Open Incet. Started in late 2015, it’s an innovation center that connects people and ideas with national and global networks to find collaboration partners.

“Open Incet is part of the urban innovation ecosystem,” says its manager, Fabio Sgaragli. “It’s a place where we are opening meeting points to solve social and economic challenges that individual stakeholders would not be able to solve on their own.”