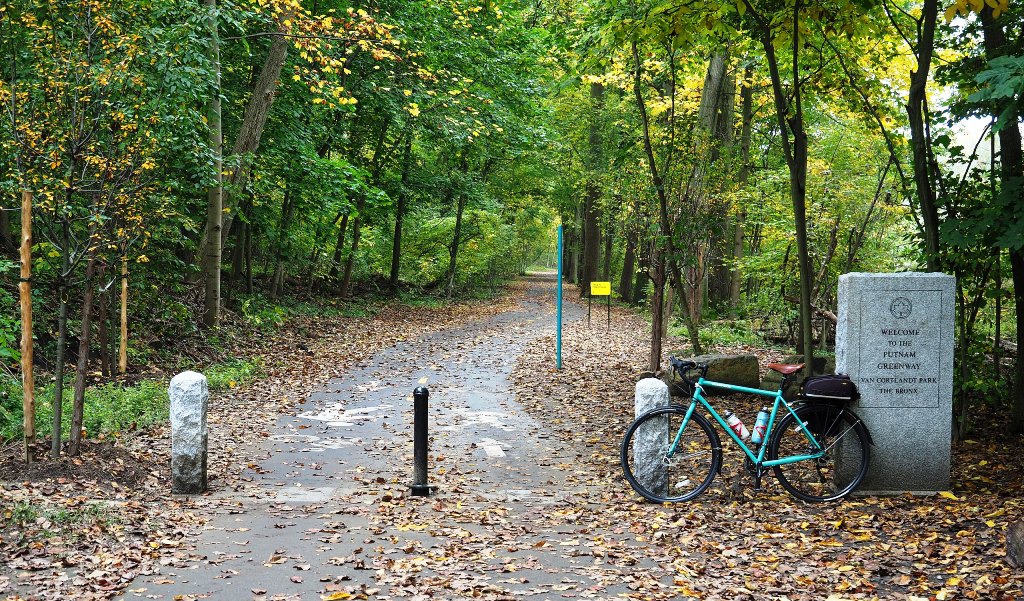 On January 20, 2023—standing at the abandoned Old Putnam Railroad’s former Lowerre Station alongside advocates that worked tirelessly to transform it into the Yonkers Greenway Park—U.S. Senate Majority Leader Charles E. Schumer announced his major new push to deliver over $5.4 million to the City of Yonkers, New York through the U.S. Department of Transportation’s (USDOT) first-ever Reconnecting Communities Pilot Program.

The goal is to transform the long-abandoned Old Putnam Railroad into a first-of-its-kind greenway to reconnect Southwest Yonkers communities segregated by the Saw Mill River Parkway to the Bronx and parts of Westchester while restoring polluted properties and breathing new life into historically redlined neighborhoods’ through revitalization of the South Broadway central business district.

This is a great example of the well-proven 3Re Strategy (repurpose, renew, reconnect) for revitalization that was documented in the groundbreaking 2020 book, RECONOMICS: The Path To Resilient Prosperity.

Schumer explained that the new $1 billion infusion over five years for the Reconnecting Communities Program he championed in the Bipartisan Infrastructure & Jobs Law presents the perfect opportunity for Yonkers to finally break ground on its 15-year community-led vision to reconnect communities west of the Saw Mill River Parkway that were once linked by industrialization and the old Putnam Railroad.

Schumer wrote to Transportation Secretary Pete Buttigieg advocating for Yonkers’ selection, explaining that the project would transform the abandoned old Putnam Railroad spur to reconnect Southwest Yonkers to Van Cortlandt Park in the Bronx through tree lined biking and walking paths, and revitalizing Southwest Yonkers’ main business corridor with a multimodal Complete Street, laying the foundation for a better future in Yonkers. 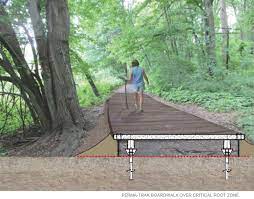 “As Yonkers saw an unprecedented industrial expansion in its Southwest neighborhoods, communities of immigrant workers formed along the Old Putnam Railroad, connected by its four stops running from Getty Square to Van Cortlandt Park in the Bronx. This all changed when the Saw Mill River Parkway divided the city, relegating low-income housing projects to the west side of the parkway, and more expensive, split-level homes to the east. Soon after, the Old Putnam Railroad ended service, not only separating Southwest Yonkers’ historically redlined communities, but also suddenly removing the jobs, education, and services in New York City and Westchester. Without proper maintenance, the old Put soon became a ghost railroad snaking through working-class communities as an abandoned, overgrown, network of separate, polluted dumping grounds,” said Senator Schumer.

“Now, with this first-ever Reconnecting Communities program, we have an opportunity to right this wrong for future generations of residents living in Southwest Yonkers. That’s why today I am calling on U.S. DOT to fully fund the City of Yonkers proposal to reconnect its historically redlined communities west of the Saw Mill that once relied on this abandoned spur,” he continued.

Schumer explained that a lack of trees, green space, and parks has long plagued Southwest Yonkers, not only limiting recreation and connectivity, but creating wide stretches of concrete and pavement trapped heat without natural landscapes to absorb it, leading to urban heat islands.

This is most noticeable along the derelict former Putnam Railroad, which had once served as a connecting artery for Yonkers to New York City from 1888-1943, but now serves as a barrier rife with abandoned lots. 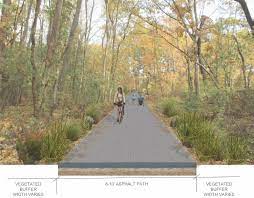 Schumer said the federal funding he is pushing for would be the final piece of the puzzle to fully fund the project and breathe new life to create the vibrant community connector Yonkers has long deserved.

The senator helped create the first of its kind Reconnecting Communities Program in the Bipartisan Infrastructure & Jobs Law to help communities like Yonkers remove barriers like old highways and other transportation infrastructure that has limited the connectivity of the community.

Schumer said that Yonkers is a prime candidate to be among the first recipients of this federal funding, and that their work can serve as a national example for reimagining new green accessible transportation. The $5.4 million that Schumer said he is pushing for represents approximately 40% of the estimated cost of the total project.

Specifically, the Yonkers Greenway will transform the derelict old railroad corridor into a 3.1-mile multi-use transportation and recreational trail.

The project will run from the #1 subway in the Bronx to Yonkers MetroNorth Station and along multiple Westchester bus routes. Schumer said that this transformation of the derelict rail corridor and blighted lots along it will finally give residents the greater access to transportation Southwest Yonkers communities have long desired for daily needs.

Schumer said that the greenway project is also interwoven with a complete rehabilitation of business district along South Broadway corridor in Yonkers. This will be a comprehensive set of streetscape improvements on southwest Yonkers’ under-developed central business corridor, which will include new sidewalks, road paving, bus stops, lighting, trees and plantings resulting in a multi-modal Complete Street.

I write in strong support of the application submitted by the City of Yonkers to the U.S. Department of Transportation’s (USDOT) inaugural Reconnecting Communities Program for the Yonkers Greenway and South Broadway Rehabilitation. This shovel-ready $5.4 million investment will allow Yonkers’ to fully implement the community’s decade-long vision to transform the abandoned old Putnam rail spur into a 3.1-mile multi-use trail to reconnect communities divided by the Saw Mill River Parkway to the Bronx and Westchester. This will create new mass transit connections, revitalize the downtown business district, restore polluted properties, create new greenspace and promote equity in Southwest Yonkers neighborhoods after decades of division.

High-speed parkways that came with the turn of the 20th century were too often paved on the backs of Black and immigrant communities, and neighborhoods in Southwest Yonkers were no exception. In the mid-19th century, Yonkers transitioned from agrarian to an industrial economy, bringing with it the Old Putnam Railroad, and immigrant workers crammed into poor living conditions. When the Saw Mill River Parkway’s 1926 construction segregated the city, low-income housing projects were relegated to the west side of the parkway, and more expensive, split-level homes covered the hills to the east as people moved from New York City to the suburbs.

A victim of the new automobile-era, the Old Putnam Railroad that ran parallel to the Saw Mill River Parkway, from Van Cortlandt Park in the Bronx to downtown Yonkers and extending north in the Hudson Valley, ended service by 1943. Without its four stations, Southwest Yonkers’ historically redlined neighborhoods were not only separated from each other, they were also suddenly disconnected from jobs, education, and services in New York City and Westchester. Lacking maintenance, the “ghost railroad” snaking through working-class Southwest Yonkers communities soon became an abandoned, overgrown, network of separate, polluted dumping grounds.

Fortunately, fifteen years ago, a community coalition formed to improve the quality of life in Southwest Yonkers by exploring new ways to increase connectivity, reactivate empty storefronts, and stop illegal dumping. In 2009, advocates from Yonkers’ Lawrence Street neighborhood came across the long-abandoned Smith, O’Hara, Levine Park, converted in the early 1960s from the old Putnam Railroad’s Lowerre Station. By the 1980s, the park fell into disrepair. Where many saw an abandoned space haunted by Yonkers’ industrial past, these community members saw opportunity; they would resurrect the green space and make it a community hub.

A lack of green space had long plagued Southwest Yonkers and the Lawrence Street neighborhood, limiting community gatherings, and without natural landscape to absorb trapped heat from the wide stretches of concrete and pavement, it also created urban heat islands. By 2012, Groundwork Hudson Valley (GHV), a Yonkers-based environmental justice nonprofit, discovered a series of vacant lots in several Southwest Yonkers neighborhoods along the abandoned Putnam Railroad spur. Mirroring the railroad, these properties formed a linear path from Getty Square in downtown Yonkers all the way to Van Cortlandt Park in the Bronx. There, the vision for the Yonkers Greenway and South Broadway Rehabilitation was born.

The proposed $5.4 million project will promote equity by reconnecting Southwest Yonkers’ to Van Cortlandt Park in the Bronx, allowing users to travel on trails within the Park and ultimately to the South County Trail and Old Croton Aqueduct State trail that are both on the eastern side of the Saw Mill River Parkway. Without the Greenway, residents of Southest Yonkers will continue to be isolated and disconnected from these other Bronx and Westchester trail networks. The project also makes a comprehensive set of streetscape improvements to reviltize South Broadway, Southwest Yonkers’ central business corridor, including new sidewalks, road paving, bus stops, lighting, trees and plantings, resulting in a multimodal Complete Street. This will connect the commercial corridor on South Broadway to the Bronx and ultimately its 242nd Street subway station.

The City of Yonkers and GHV have already partnered with the U.S. Environmental Protection Agency, New York State Office of Parks, Recreation and Historic Preservation, and the Westchester Community Foundation in the planning phase. In April of 2017, the City secured a $3.3 million grant from the New York State Department of Transportation (NYSDOT) and was later placed on the State Transportation Improvement Plan (STIP). In August 2021, NYSDOT approved the Final Design Report, finalizing the conceptual design and project route. As a result of these decade-long efforts, with your support, this project is shovel-ready.

For these reasons, I strongly ask USDOT to select the Yonkers Greenway and South Broadway Rehabilitation in the inaugural year of the Reconnecting Communities Program. This will improve connectivity and economic growth in Southwest Yonkers’ historically redlined neighborhoods, helping to revitalize their business corridors, reestablish access to mass transit, and create new recreation, employment, and educational opportunities. This will lift up future generations of Southwest Yonkers’ families and businesses whose ancestors took on the burden of transportation infrastructure ripping apart their community many years ago.

Featured photo (by RoySmith via Wikipedia) show the entrance to the Putnam Greenway through Van Cortlandt Park in Bronx NY, looking south from the end of the South County Trail in Yonkers, NY. The stone markers are on the New York City / Yonkers border. All other images are courtesy of New York Parks.