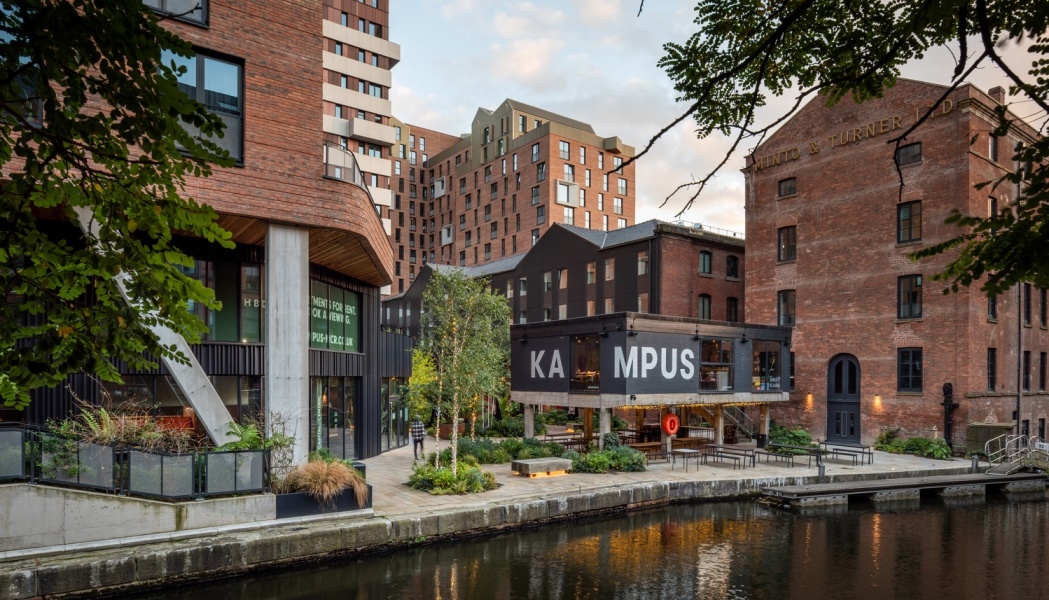 The city of Manchester, England is reconnecting and revitalizing the downtown site of a former university campus.

In the process, they are repurposing and renewing historic buildings and creating new public green space to form a new waterfront neighborhood.

In other words, they are using the world’s most successful revitalization approach: the 3Re Strategy (repurpose, renew, reconnect).

KAMPUS is the name of that new neighborhood located at the former Manchester Metropolitan University campus in the heart of the city. 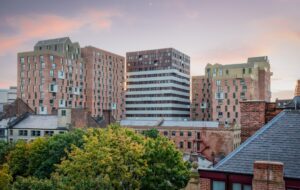 It’s designed by the architects at Mecanoo, which is based in Delft, Netherlands.

A melting pot of buildings and spaces, KAMPUS will celebrate the vibrancy and diversity of the city with respect to the historic quality of Canal Street. 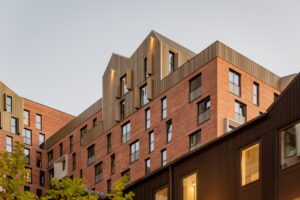 The architecture expresses the individual building blocks with variations in height to make each facade legible.

The alternating positions of accentuated apertures in the facade work to reduce the scale of the brick mass while the light pixel elements add relief and balance to the facades.

The buildings are horizontally divided into three distinct elements: a podium with dark profiled metal cladding, a mid-section with rough-textured red brickwork, and a roofscape characterized by Dutch houses also clad in profiled metal. 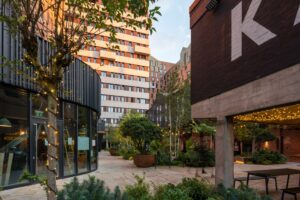 The podium anchors the new build and tower elements in a consistent base while creating a defined edge to the street. A transparent plinth will provide views into a variety of independent bars, cafes, shops and restaurants that will breathe life into the scheme and create a unique sense of place.

The newly landscaped entrances provide access to KAMPUS, and it’s hoped that the interesting spaces between the buildings will draw people into the heart of the project.

They create a unique “secret garden” that forms the perfect backdrop for afternoon and early evening social events.

Images are by Greg Holmes Photography.