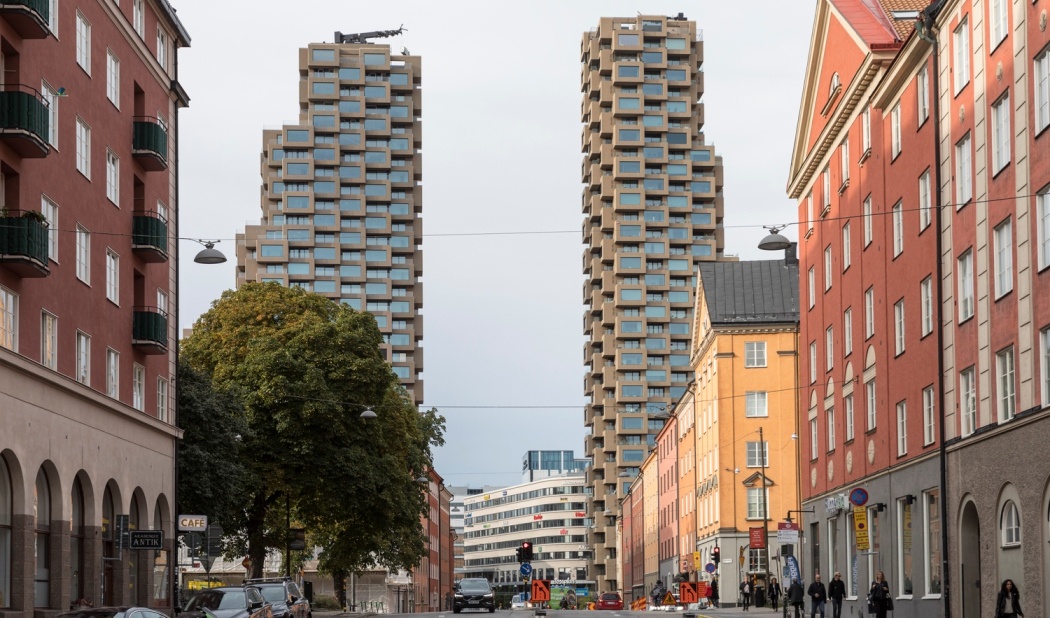 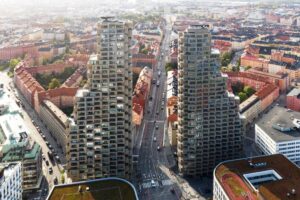 This urban redevelopment will likely bring revitalizing new life to an under-utilized piece of property in the city center.

The award was presented by Dr. Ina Hartwig, the City of Frankfurt Deputy Mayor for Culture, Dr. Matthias Danne, Deputy CEO of DekaBank, and Peter Cachola Schmal, Director of the Deutsches Architekturmuseum (DAM) in a ceremony broadcast from Paulskirche in Frankfurt.

Peter Cahorla Schmal, Director of the Deutsches Architekturmuseum (DAM), said “Norra Tornen is a refreshing entrance to the city, recalling structuralist models of brutalism from the 1960s such as the Habitat from Expo67 in Montreal, skillfully transforming them and enriching the city with a new urban dominant, with apartments for all.” 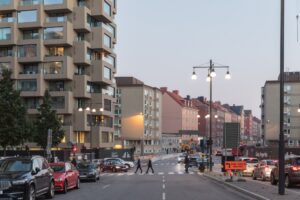 The International Highrise Award (IHA) is organized by the city of Frankfurt, together with the Deutsches Architekturmuseum (DAM), and is awarded every two years to architects and developers for buildings of minimum 100 meters in height that were completed in the previous two years.

Reinier de Graaf, OMA Partner in Charge of the project, said “For me, the award came somewhat unexpectedly since I never thought of the Norra Tornen towers as high-rise buildings. They are different from the conventional idea of a skyscraper. They are not monumental but homely, their aesthetics are informal and they rely on repetition only to produce diversity.”

Norra Tornen was selected from 31 projects from 14 countries, nominated by the Deutsches Architekturmuseum (DAM). 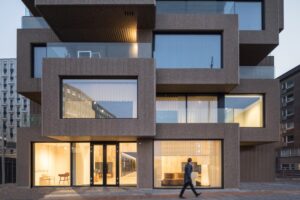 Oscar Engelberg, CEO of Oscar Properties, said “We are incredibly happy and proud that Norra Tornen has been named the world’s most innovative high-rise building! The project has received a great deal of international attention and the award is proof of many years of hard work and that it pays off to invest in innovative architecture.”

An international jury consisting of architects, structural engineers and real estate specialists, assessed the projects following criteria such as the overall narrative, the sculptural qualities, the structural concept, and the mix of uses.

Norra Tornen is the result of a land allocation competition held by the City of Stockholm in 2013, won by Oscar Properties. The project was led by Reinier de Graaf, with Alex de Jong, Michel van de Kar and Roza Matveeva.

All images courtesy of Laurian_Ghinitoiu / OMA.