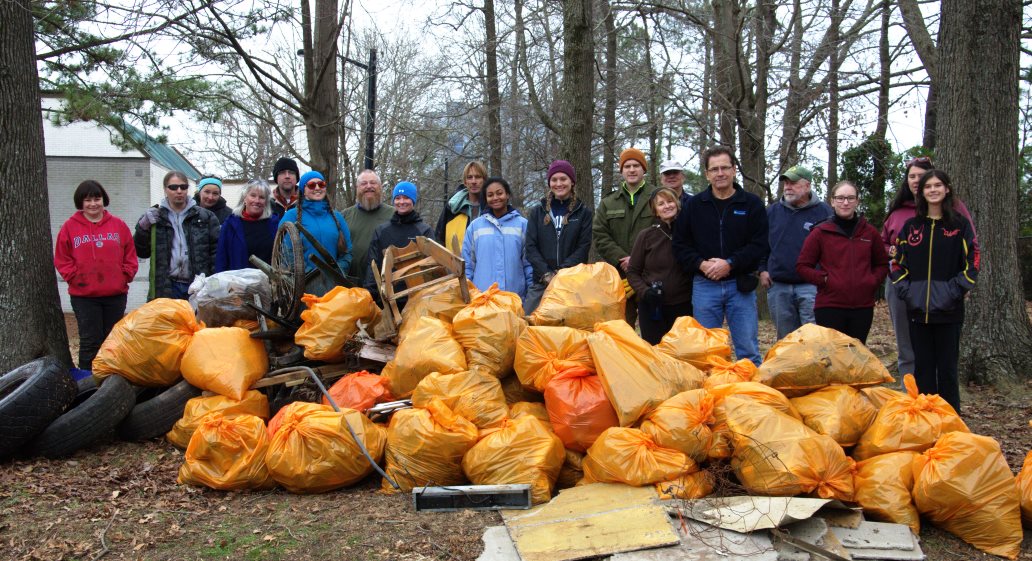 “We are thrilled to have received this NFWF funding that will enable us to continue our successful oyster restoration work in Virginia Beach. Lynnhaven oysters have been renowned for centuries and it is a privilege to be able to be a part of bringing them back to the river. Oysters are a keystone species in our salt water estuaries supporting not only improved water quality through their filtering capacity, but also building habitat that is vital to many marine species. We have already seen the benefits of a growing oyster population in Linkhorn Bay and Broad Bay and are excited to bring these same benefits to the Eastern and Western branches of the river,” said LRNow’s Executive Director, Karen Forget.

“The projects supported by this funding will bring us closer to our goal of 152 acres of sanctuary reef in the three branches of the Lynnhaven River. Oyster restoration in Virginia Beach is a community success story and would not have gotten this far without the support and involvement of the citizens, the City of Virginia Beach, the Virginia Marine Resources Commission, NFWF, and all the great partners including the Chesapeake Bay Foundation. LRNow applauds this great partnership and is happy to be a part of this team effort,” she added.

Together, the two $200,000 grants will be used to build 5.5 acres of new Lynnhaven oyster reef and stock it with 5.5 million oysters. These grants, combined with a pair of similar NFWF grants awarded last year to CBF and LRNow, will lead to a total of 11 acres of new reef in the Western Branch of the Lynnhaven by the end of 2020.

This work forms part of the long-term effort to achieve thriving oyster habitat on 152 acres in the Lynnhaven. Partners in this effort include the City of Virginia Beach, the National Oceanic and Atmospheric Administration, the U.S. Army Corps of Engineers, and the Virginia Marine Resources Commission.

“We’re eager to be part of the team effort to dramatically restore the oyster population in the Lynnhaven River. CBF has spent years focusing on oyster restoration in the nearby Lafayette River. The techniques we developed there will help CBF work even more efficiently in the Lynnhaven. “NFWF grants have been crucial for both restoring 10 targeted Bay tributaries for oyster habitat and supporting the Chesapeake Oyster Alliance goal of adding 10 billion oysters to the Bay by 2025. Many thanks to NFWF, LRNow, and our many other partners working to restore Lynnhaven River oysters,” she concluded.