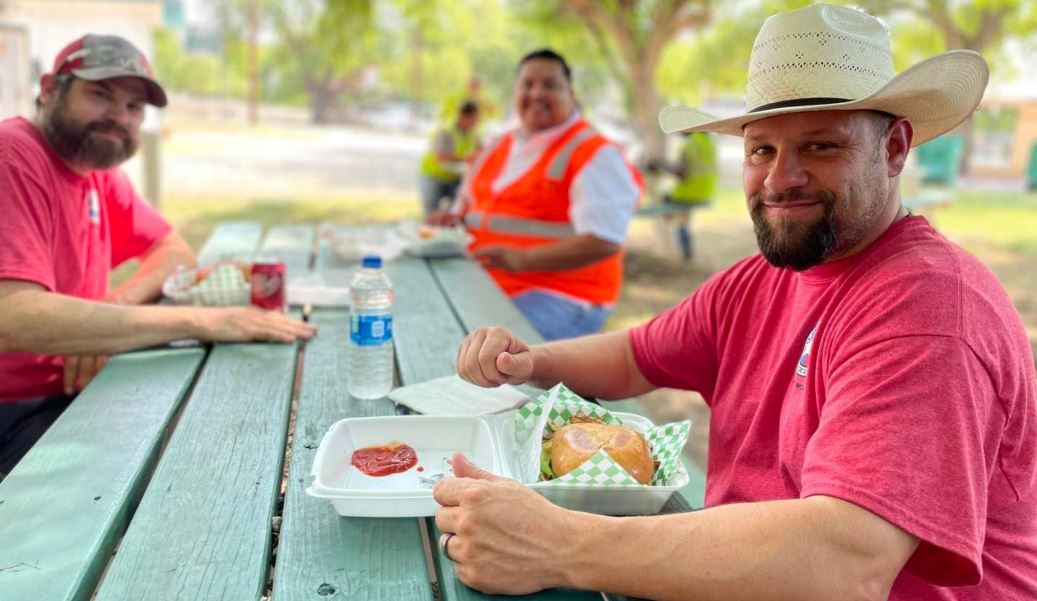 The grant requires a $500,000 local match to be funded by the BEDC, which has been marketing the property for several years and estimates that the project will be instrumental in retaining 215 current jobs and attracting an additional 20 jobs to Belton.

“This funding helps facilitate an expansion for one of our local industries and opens up the area for additional development,” said BEDC Executive Director Cynthia Hernandez. “It’s an environmentally sensitive parcel with some challenges that now has a more realistic opportunity to become a productive part of the community.”

In 1998, the Rockwool property was designated a Federal Superfund site, and a $17 million State and Federal project was undertaken to remediate contaminants at the location impacted by a manufacturing process for mineral wool insulation.

In 2017, all property liens were released, and the property was conveyed to the City of Belton resulting in an opportunity for development to occur at the site.

The City subsequently transferred the site to the BEDC to encourage its development, but site constraints and lack of utilities made that difficult. The EDA grant provides a catalyst for development and job creation.

“President Biden is committed to providing communities with the resources they need to recover from the pandemic and build a better America in the process,” said Secretary of Commerce Gina M. Raimondo. “These EDA investments will provide for critical infrastructure improvements to support business development and job growth in Texas.”

The Economic Adjustment Assistance program is EDA’s most flexible program, and grants made under this program will help hundreds of communities across the nation plan, build, innovate, and put people back to work through construction or non-construction projects designed to meet local needs.

“Thank you to the Economic Development Administration for these investments that will help improve the infrastructure and boost the local economies of Belton and Elgin,” said Governor Greg Abbott. “Water, wastewater, and road improvements are imperative to creating a brighter future for all Texans, and these investments will support the job growth and business development of Central Texas.”

Effective May 26, 2022, EDA has officially closed all of its American Rescue Plan programs for applications. The $3 billion program funding will be awarded on a rolling basis through September 30, 2022.

“The Economic Development Administration is dedicated to working with communities to support their locally-driven strategies to recover and rebuild from the pandemic,” said Assistant Secretary of Commerce for Economic Development Alejandra Y. Castillo. “We are pleased to partner with Belton and Elgin to provide water and roadway infrastructure that local businesses need to grow, thrive and create new jobs for Texans.”

These projects were made possible by the regional planning efforts led by the Central Texas Council of Governments (CTCOG) and the Capital Area Council of Governments (CAPCOG). EDA funds CTCOG and CAPCOG to bring together the public and private sectors to create an economic development roadmap to strengthen the regional economy, support private capital investment and create jobs.