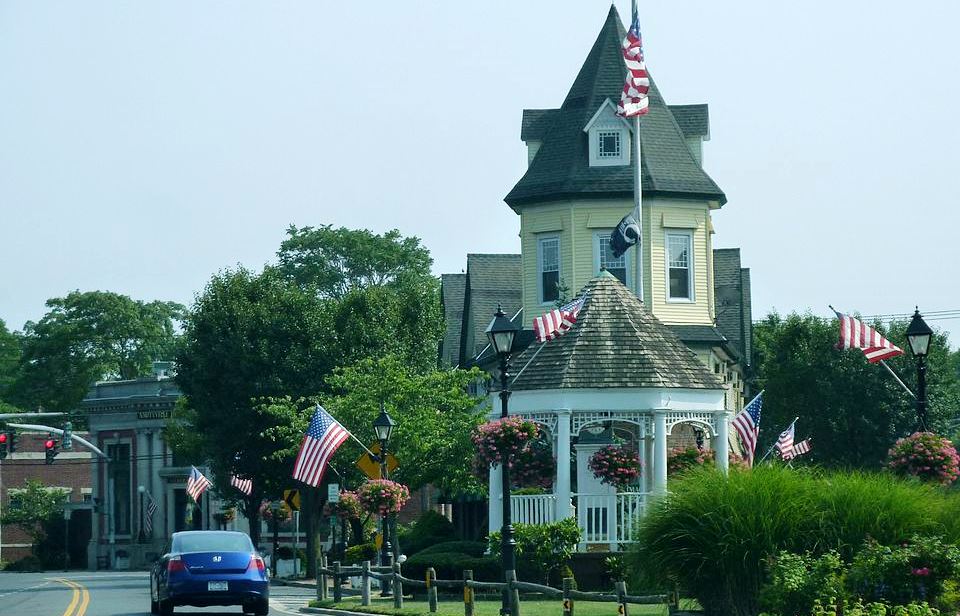 On January 13, 2022, it was announced that two communities in Suffolk County on Long Island, New York—Amityville and Riverhead—will each receive $10 million as the Long Island region winners of the fifth round of the state’s Downtown Revitalization Initiative (DRI).

Suffolk County Executive Steve Bellone said, “In Suffolk, our downtowns are the heart of our communities, and over the last few years, both Riverhead and Amityville have worked incredibly hard to reinvigorate their business districts and bring new life into their communities. Today’s awards by Governor Hochul reinforce our ongoing revitalization efforts and will allow these two communities to push forward with truly transformative projects.”

“Ensuring local communities have the resources they need to thrive is critical to New York’s economic resurgence,” Governor Kathy Hochul said. “Amityville and Riverhead both play important roles in the overall economic health of Long Island and I have no doubt that with this this funding, they won’t only recover from the impacts of COVID-19, but will flourish in the long term.”

Led by the Department of State, the DRI serves as a cornerstone of the State’s economic development policy by transforming downtown neighborhoods into vibrant centers of activity that offer a high quality of life and attract redevelopment, businesses, jobs, and economic and housing diversity.

In this round, Governor Hochul doubled funding from $100 million to $200 million and allowed each Regional Economic Development Council to decide whether to nominate two $10 million awardees or one $20 million awardee for transformative and catalytic downtown redevelopment projects.

Long Island Regional Economic Development Council Committee Members Linda Armyn and Dave Kapell said, “The LIREDC is proud to support Amityville and Riverhead through the fifth round of the Downtown Revitalization Initiative. The $10M investment into these downtown areas will strengthen their economic resilience, fuel their economic growth, and transform downtown Amityville and Riverhead into vibrant communities where people can live, work, and play.”

Acting Secretary of State Robert J. Rodriguez said, “The Downtown Revitalization Initiative is helping to transform downtowns across the state through a community-driven approach. Riverhead and Amityville are the latest communities to benefit from this innovative economic development program, which will help create public spaces and enhance connections for residents and visitors to enjoy. The Department of State looks forward to working with Riverhead and Amityville to develop strategic plans that will leverage private investments to benefit the entire Long Island region.”

With a downtown that is compact, walkable, and close to the train station, Amityville wants to make their downtown one of the premier destinations on Long Island defined by its unique waterfront culture and historic charm.

Amityville Mayor Dennis M. Siry said, “This $10 Downtown Revitalization Initiative funding will go a long way toward helping Amityville residents and businesses flourish by investing in infrastructure and creating more public spaces for all to enjoy. It is exciting time for the Village of Amityville, and I’m grateful for Governor Hochul’s commitment to invest in this community.”

Momentum is building in Amityville with multiple completed and ongoing projects, including a pedestrian and bike lane project, multiple residential developments, and multiple mixed-use developments.

To build on this momentum, Amityville wants to revitalize their train station and its immediate surrounding area, increase pedestrian/bike access, and expand green space.

Riverhead’s downtown is a compact, diverse, mixed-use neighborhood that the town aims to make vibrant and serve as a recreational, shopping, and tourist destination with the revitalized Peconic River waterfront as its focal point.

Riverhead Supervisor Yvette Aguiar said, “The Town of Riverhead wishes to express our sincere gratitude to Governor Hochul and Lieutenant Governor Benjamin for awarding a significant grant to create a New Town Square. The Governor and the Empire State Development Corporation saw our vision in our “Transformative, reimagining Riverhead” plan, and through this grant, the Vision will soon become a reality, thank you, Governor Hochul.”

Despite historical challenges for the downtown, Riverhead has stayed committed to its revitalization.

With the momentum of completed and ongoing projects, including a new aquarium, the reopening of the Suffolk Theater, and multiple housing projects, Riverhead aims to increase public gathering space capitalizing on the Peconic River waterfront, create new pedestrian/bike access, and improve pedestrian/bike safety to create a critical mass of economic activity in the downtown for residents and tourists alike.

Senator Anthony Palumbo said, “Riverhead’s application was truly outstanding and fully deserved to be selected. I am confident that Downtown Riverhead is fully ready for transformative economic redevelopment. I am committed to helping Riverhead accomplish our mutual downtown revitalization goals any way I can.”

Using a competitive evaluation process, the Long Island Regional Economic Development Council conducted a thorough and comprehensive review of proposals submitted from communities throughout the region and considered all seven criteria below before recommending Amityville and Riverhead as the nominees:

HCR Commissioner RuthAnne Visnauskas said, “The $10 million awards announced today for Riverhead and Amityville will help these communities expand affordable housing opportunities, improve safety for pedestrians and bicyclists, and develop new cultural and educational attractions that will draw more tourists to Long Island. The investments we are making through the Downtown Revitalization Initiative will secure long-term economic growth for downtowns across the state and yield a greener and more sustainable future for all New Yorkers.”

Amityville and Riverhead will now begin the process of developing a Strategic Investment Plan to revitalize their downtowns with up to $300,000 in planning funds from the $10 million DRI grant. Local Planning Committees made up of municipal representatives, community leaders, and other stakeholders will lead the effort, supported by a team of private sector experts and state planners.

The Strategic Investment Plans will examine local assets and opportunities and identify economic development, transportation, housing, and community projects that align with each community’s vision for downtown revitalization and that are poised for implementation. The Strategic Investment Plans will guide the investment of DRI grant funds in revitalization projects that will advance the community’s vision for its downtown and that can leverage and expand upon the state’s $10 million investment. Plans for the DRI’s fifth round will be complete in 2022.

Assemblymember Jodi Giglio said, “After serving on the Riverhead Town Board for 10 years under three administrations and being part of many downtown revitalization efforts, this is the necessary shot in the arm that Riverhead needs to reach the pinnacle in terms of successful downtown revitalization. I applaud Supervisor Aguiar and the Town Board’s diligent efforts, working closely with the CDA, to take bold action to acquire the parcels necessary for the Town Square and already beginning the demolition process to knock down blighted buildings to make a clear view to the river. That was the start of great things to come for downtown.”

The Downtown Revitalization Initiative launched in 2016 to accelerate and expand the revitalization of downtowns and neighborhoods in all ten regions of the state to serve as centers of activity and catalysts for investment. Led by the Department of State, the initiative represents an unprecedented and innovative plan-to-act strategy that couples strategic planning with immediate implementation, bringing with it an interagency team of state experts to support local government capacity in realizing their community’s vision.

In the first four years of the program, the state committed $400 million to invest in downtowns that are ripe for revitalization and have the potential to become magnets for redevelopment, business, job creation, greater economic and housing diversity, and opportunity. The fifth round of the DRI completed an additional $200 million commitment in 2021. Participating communities are nominated by the state’s 10 Regional Economic Development Councils based on the downtown’s potential for transformation. Each community is awarded at least $10 million to develop a downtown strategic investment plan and implement key catalytic projects that advance the community’s vision for revitalization and leverage additional private and public investments.

The initiative is headed by New York State Department of State. Communities receive support from private sector experts and a team of state agency staff led by the Department of State in close partnership with Empire State Development, and state Homes and Community Renewal.

Photo of the Triangle in downtown Amityville is by Americasroof via Wikipedia.