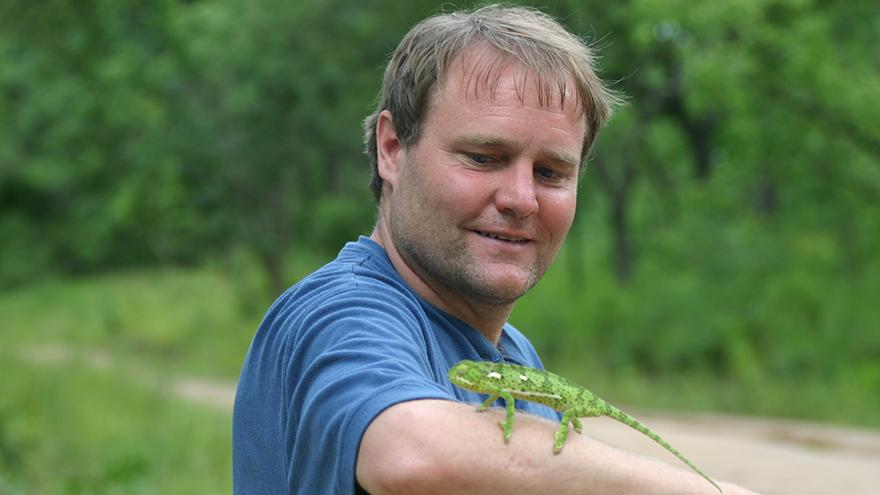 In 1962, when Vasco Galante was six-years-old, his parents treated him to his first trip to the local cinema in Lisbon, to watch Charlton Heston in the Hollywood epic, The Ten Commandments.

But despite the eye-popping theatrics of the groundbreaking blockbuster, the image that stuck in young Vasco’s mind was that of the elephants, lions and buffalo in the verdant floodplains of Gorongosa National Park – a Mozambican safari paradise once dubbed “the place where Noah left his Ark” – which was advertised in a short film prior to the main feature.

Young Vasco vowed to visit the park one day, and more than 40 years later he finally got the chance.

But the park Vasco encountered was a far cry from the Gorongosa of 1960s showreels and the tourist destination that once attracted the likes of John Wayne, Joan Crawford and Gregory Peck.

A brutal 15-year civil war in the aftermath of Mozambique‘s independence from Portugal in 1975 had devastated much of the province, and Gorongosa, one of its key battle grounds, was almost destroyed.

Today, Vasco is the communications director of the newly restored Gorongosa park, which is once again making a name for itself as one of Africa’s up-and-coming safaris.

The restoration project, which began in 1994 with the help of the African Development Bank, is spearheaded by 56-year-old Greg Carr, an ebullient tech entrepreneur-turned-philanthropist from Idaho Falls in the US who made his fortune at an early age, and was looking for a venture to which, as he puts it, he could devote the rest of his life.