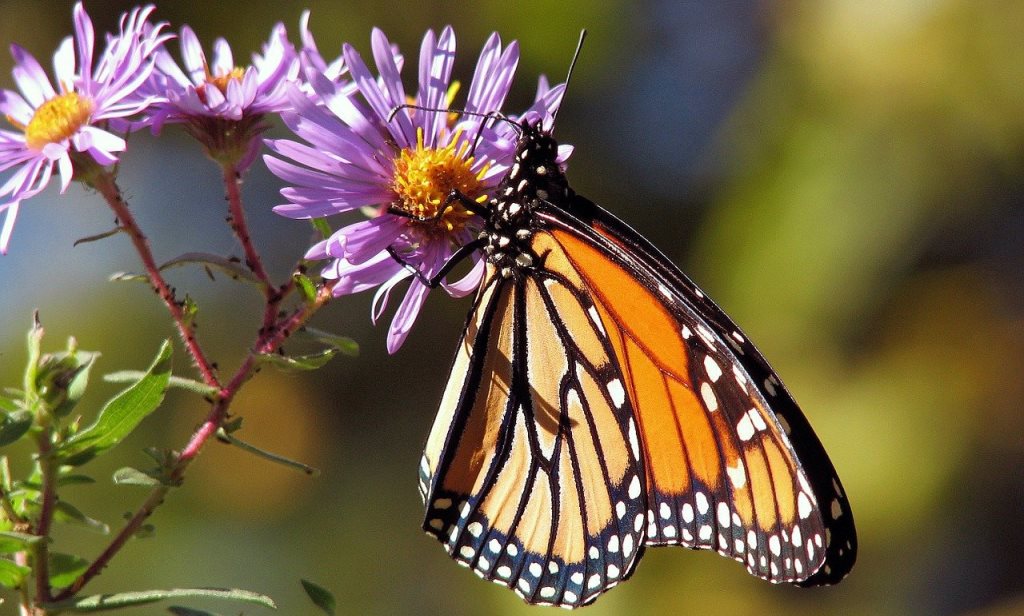 “The Pismo Beach Monarch Butterfly Grove in my district traditionally hosts the largest western monarch overwintering population in California, but when I went to visit recently there weren’t any monarchs to be found. The western monarch’s population has dropped by 99% over the last 30 years and, unless we act now, they are on a path to extinction,” said Rep. Carbajal. “The MONARCH Act and Monarch Pollinator Highway Act makes critical investments in conservation projects so we can restore their habitats and preserve this beloved pollinator for future generations to experience and enjoy.”

Rep. Carbajal co-led introduction of the two bills in the House of Representatives. This vitally important bill failed when it was originally introduced during the four-year national disaster known as the Trump administration.

“For generations, we on the central coast of California have had a front row seat to the migration of the monarch butterfly. Unfortunately, we are now witnessing the dramatic decline and potential extinction of this magnificent pollinator all across North America,” said Congressman Panetta. “The MONARCH Act and Monarch and Pollinator Highway Act would provide the funding for the necessary investments to research and restore the habitats of the monarch butterfly. Our legislation is a small example of how we must continue to fight the effects of the climate crisis by working to preserve the future of a species that means so much to our ecosystem and to us on the Central Coast.”

The MONARCH Act would provide urgent protections to restore populations of the struggling western monarch butterfly, an iconic and important butterfly whose population has dropped by 99% since the 1980s.

This legislation would authorize $62.5 million for projects aimed at conserving the western monarch and an additional $62.5 million to implement the Western Monarch Butterfly Conservation Plan, which was prepared by the Western Association of Fish and Wildlife Agencies in January 2019.

“We’ve all experienced the moment of childhood joy and excitement when we spot a butterfly dancing in the air,” said Senator Merkley. “If we let the western monarch butterfly go extinct, we’ll lose a unique, beautiful species forever. Every day that we don’t implement experts’ conservation plans inches us a little closer to that reality. We can’t let that happen.”

The $62.5 million in funding for each effort would be divided into five annual installments of $12.5 million.

The Monarch and Pollinator Highway Act would establish a federal grant program available to state departments of transportation and Native American tribes to carry out pollinator-friendly practices on roadsides and highway rights-of-way.

This legislation would help address the steep decline of pollinator populations, which poses a serious threat to California farmers and the American food supply.

The legislation has drawn praise and support from a wide variety of enlightened public and private leaders nationwide:

“With fewer than 2,000 western monarchs recorded overwintering in California this year, these beautiful, iconic butterflies are now only a faint shadow of their former abundance,” said Stephanie Kurose, a senior policy specialist at the Center for Biological Diversity. “But thanks to the leadership of Rep. Panetta and Sen. Merkley, along with Reps. Carbajal and Davis, the MONARCH Act offers hope that we can pull these amazing creatures back from the brink. This legislation is exactly the kind of bold action needed to help stem the larger extinction crisis and save our planet from ruin.”

“You could say that Monarch Butterflies are part of the community’s DNA. We’ve long recognized Monarchs as key species to be celebrated and preserved. Our school district’s annual Butterfly Parade started 80 years ago. The City’s official logo and signs includes a Monarch. Importantly, the community recognized the need to conserve Monarch habitat by purchasing land for the Monarch Butterfly Sanctuary. But we can’t do it alone and applaud efforts by Congressman Panetta to encourage others to join us so that Monarchs thrive well into the future,” said City of Pacific Grove Mayor Bill Peake.

“Hundreds of thousands of western monarchs used to make their way through the City of Santa Cruz and our beloved Natural Bridges State Park. This year official estimates were around 550. These beautiful butterflies are falling prey to the effects of climate change, disappearing habitat, and the use of pesticides. We are so thankful for Congressman Panetta’s efforts to save this critical part of our coastal ecosystem before it’s too late,” said City of Santa Cruz Mayor Donna Meyers.

“Monarch butterflies are an important part of ecosystems – they pollinate flowers and are a food source for many insects and other animals and this ecosystem service is greatly reduced due to their >99% decline. Recovering their populations by conserving habitat before they go extinct is critical. Conserving habitat through the MONARCH Act of 2021 would bring us one step closer to protecting important ecosystems for western monarchs, and ensuring the valuable ecosystem services the habitat and the species provide,” said A. Marm Kilpatrick, Professor of Ecology and Evolutionary Biology, UC Santa Cruz.

“The monarch migration in the western US is on the verge of collapse and monarchs in the east have severely declined,” said Scott Black, Executive Director of the Xerces Society for Invertebrate Conservation. “The Monarch Act and the Monarch and Pollinator Highway Act would provide a substantial boost in habitat restoration that could be the lifeline monarchs and other pollinators need to survive.”

Photo of monarch butterfly on milkweed by PublicDomainPictures from Pixabay.