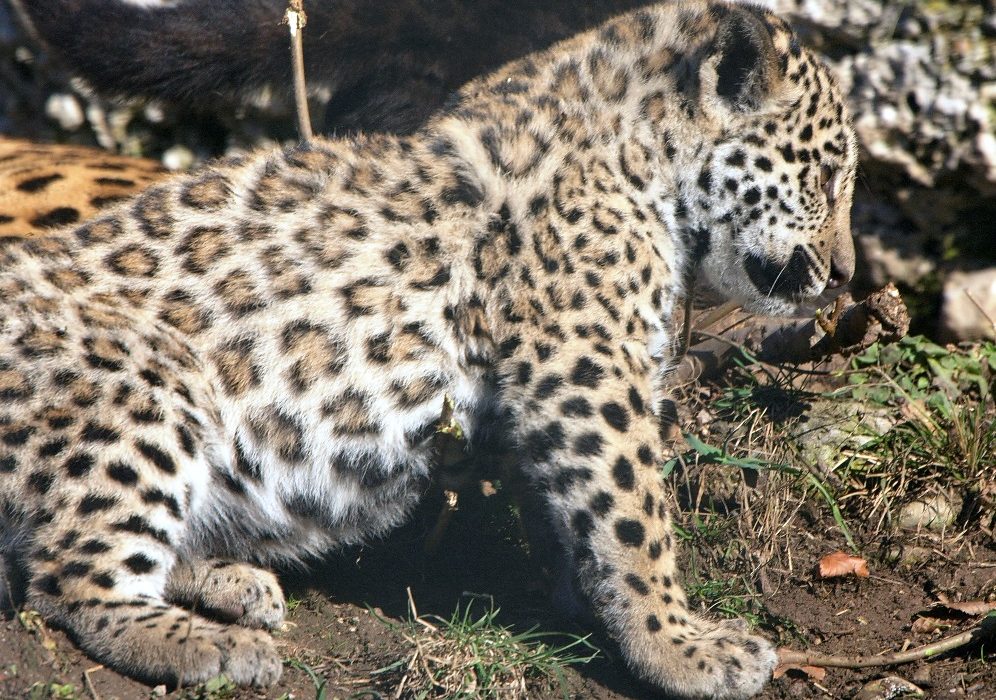 The restoration of Argentina’s dwindling jaguar population could rest on a pair of week-old cubs.

Two jaguars were recently born in northeastern Argentina’s Iberá National Park, one of the largest freshwater wetland systems in the Americas. The cubs are currently unnamed and unsexed, but researchers are excited about what kind of conservation implications these births have for the near-threatened species.

“They have passed the most critical days and they seem to be healthy and suckling well from their mother,” says Ignacio Jiménez Pérez, a National Geographic grantee and conservation coordinator at the Conservation Land Trust Argentina. 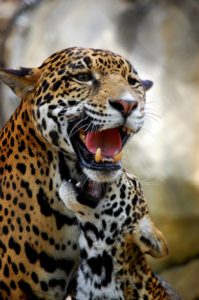 Jaguars are the largest big cats in South America. Early Mesoamerican societies once worshipped them as gods and they used to roam from Patagonia through the southern United States.

But today, jaguar numbers are about 40 percent of historical estimates, and they now occupy a fraction of their original distribution. Deforestation kills off their prey and makes the cats more vulnerable to hunters, who value them for their fur, teeth, and skulls. Jaguars are occasionally killed for sport, and farmers go after them in retaliation for stolen livestock.

To fight this decline, the South America-based Tompkins Conservation launched the Jaguar Reintroduction Program in Iberá National Park in 2011. The park is a biodiverse 341,205-acre stretch of protected land in the northern portion of Argentina, and Pérez says this spot is the best place to reintroduce jaguars in South America.

Funds from the National Geographic Society helped build the breeding facility and initiate the program. The organization is also supporting a second rewilding project in Iberá to reestablish locally extinct species like the tapir, pampas deer, collared peccary, and green-winged macaw, animals traditionally known for their ecological roles as grazers, browsers, and seed dispersers.

The jaguar cubs are the first born of this conservation program and the first born in decades in Iberá National Park. They are the offspring of jaguars on loan to the program from partnering institutions: The father, Chiqui, was born in the wild but grew up in a rescue center after a hunter orphaned him, and the mother, Tania, was born and raised in a zoo. Pérez says Tania is doing great for an inexperienced mother, and the cubs appear healthy.

Although they’ve filmed the cubs, the scientists have not accessed their pen yet because they want to be as noninvasive as possible. They will wait several more days before moving Tania to another pen so that they can briefly access the cubs, Pérez says.

For the next few weeks, the cubs will wean from Tania, who will eventually begin to bring them meat as they warm up to their four-acre pen. Months after that, the cubs will start hunting for themselves, practicing on capybaras and other live prey.

“In case they are not able to hunt by themselves, we have built a system that will provide them with meat without seeing humans,” Pérez explains. “The key factor during the first months of their life is that they learn to hunt by themselves and that they don’t have a negative or positive stimulus from humans.”

By 10 to 12 months old, Pérez says the cubs will be moved to an 80-acre pen to hone their hunting skills. From there, they could be released directly into the middle of Iberá National Park.

“The main challenge now is seeing if Tania is able to raise her cubs alright,” Pérez adds. The conservation program also has a young female jaguar from Brazil who could mate with another male to provide a second batch of unrelated cubs. “This second batch should follow the above steps, probably adapted from what we learned from Tania’s cubs.” 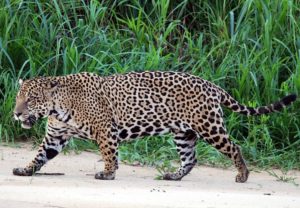 Known as ambush predators capable of killing prey with a powerful bite, jaguars don’t avoid water and are good swimmers. They hunt fish, turtles, and caimans in rivers, as well as larger land mammals like deer, peccaries, capybaras, and tapirs.

Jaguars are solitary animals that define their territories by marking them with waste or by clawing trees. Females have litters of one to four cubs, which are born blind and helpless. Cubs learn to hunt from their mothers.

There are roughly 200 individuals in the Argentinian wild today—roughly 15,000 roam the wild worldwide. They live in isolated patches in the Atlantic Forest in the northeast and the subtropical montane forests in the country’s northwest. Another 20 jaguars live in a several- million-hectare span in the Gran Chaco forests, but Pérez says these numbers are so low that the animals are considered “ecological ghosts” there.

Pérez says the ultimate goal of the program is to restore a stable 100-jaguar population to Iberá National Park.  “If we are successful in achieving this, it will imply establishing a third jaguar population in Argentina,” he concludes. “It will also imply expanding the present distribution of the species to the South and increasing the population of jaguars in Argentina by around 50 percent.”

Featured photo by MatthiasKabel (via Wikipedia) is of a 4-month-old cub at the Salzburg Zoo.