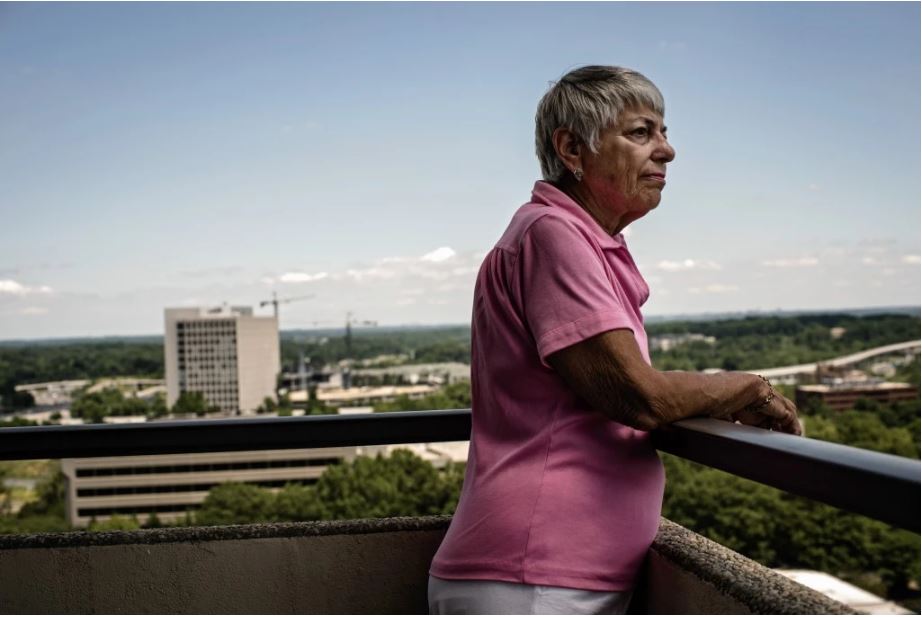 From the 15th-floor condo where she has lived for nearly four decades, Amy Tozzi can see the future of Tysons Corner, Virginia the Washington, DC suburb local signs now tout as “Tysons — America’s next great city.”

The building boom viewed from Tozzi’s balcony coincides with the opening two years ago of the first segment of the Washington Metro’s Silver Line, which included five stations, four in Tysons — Spring Hill, Greensboro, Tysons and McLean.

And it is only the beginning of Fairfax County’s 40-year plan to transform the badly-planned (some would say unplanned), traffic-clogged suburb of sterile office parks into an urban hub where tens of thousands more people will work and live while getting around on foot, bike and public transit.

“I just want to protect our residential lifestyle,” said Amy Tozzi, 77, a retired CIA employee. “Normally, when you put in development, first you put in roads and then sewer lines and other infrastructure. This is all backwards. We’re all here, and the development is coming before any new infrastructure.”