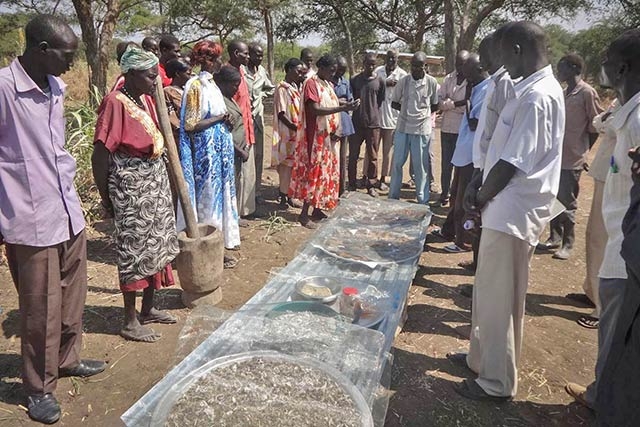 The Abyei Area is an area of 10,546 km2 (4,072 square miles) in Sudan accorded “special administrative status” by the 2004 Protocol on the Resolution of the Abyei Conflict (Abyei Protocol) in the Comprehensive Peace Agreement (CPA) that ended the Second Sudanese Civil War.

The capital of Abyei Area is Abyei Town. The Abyei Protocol defined the Abyei Area as “the area of the nine Ngok Dinka chiefdoms transferred to Kordofan in 1905”. In 2005, a multinational border commission established the boundaries. However, following continued disputes that erupted into violence and threatened the CPA, an international arbitration process redrew Abyei’s boundaries in 2009 to make it significantly smaller. This revised border has now been endorsed by all parties to the dispute.

With Abyei’s farming, markets and distribution networks severely disrupted due to this inter-communal conflict, the Food and Agriculture Organization of the United Nations (FAO) is striving to reactivate the local food economy, which is currently dominated by imports and humanitarian assistance.

In December 2016, under a European Union-funded initiative, 120 river fisher folk were trained in post-harvest management and grading to encourage and revitalize local trade.

“It is essential to fight hunger by giving community members the skills to produce, and not by free food distributions. Abyei has huge fishing resources which need to be utilized and utilized responsibly,” highlights Dr. Rou Manyiel, Director General of the Abyei Administrative Area during the opening ceremony of the first training in Akec Nhail.

One of the key challenges for fisher folk has been the preservation of their catch and transportation to the markets. “The impact of such trainings can be felt and seen at different levels – the enthusiasm and engagement of the participants during the trainings and afterwards when they apply their skills and we suddenly see dried fish in the main market. We have seen a true eagerness to learn new skills,” explains Marco De Gaetano, FAO South Sudan Project Manager.