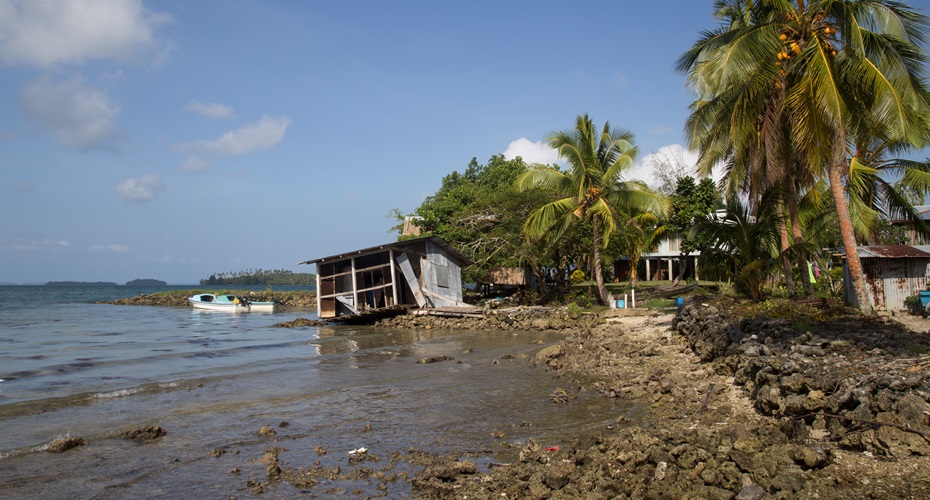 The Project aims at strengthening capacities of communities and local governments to address the climate challenge through building climate resilience in informal settlement contexts. UN-Habitat has been supporting cities confronting climate challenge as well as the concentrated effects of urban poverty for a long time.

Findings of the Cities and Climate Change Initiative (CCCI) and the Participatory Slum Upgrading Programme (PSUP) clearly indicate that slums and informal settlements are disproportionately affected by climate events due to their physical, geographical and socio-economic disadvantage. Furthermore, the negative effects in slums and informal settlements tend to spill-over to the overall city with negative impacts for all. Based on this extensive work, a new partnership between the Swedish government and UN-Habitat seeks to build climate resilience in marginalized neighbourhoods using pro-poor planning methodologies as an entry point.

Partnerships already established through PSUP in the countries are being used to coordinate this new intervention, to make local governments in collaboration with communities address effects of climate change on neighbourhood level. One of the activities that exemplifies this new project was the recent training for relevant stakeholders in Ouagadougou, the capital of Burkina Faso, on the City Resilience Action Planning Tool (City-RAP), developed under DiMSUR (Disaster Risk Management, Sustainability and Urban Resilience) and already successfully used in other African cities.

The four-day capacity-building programme enabled local trainees to plan actions that progressively reduce disaster risk and build urban resilience in their communities. Thirty-two (32) professionals from Burkina Faso were introduced to the theoretical knowledge and practical skills to conduct the implementation of the City RAP Tool within a municipality or neighbourhood during this training of trainers in Ouagadougou.

Participants from different backgrounds attended the training, including representatives from the Municipal Council and sub-cities of Ouagadougou, the National Association of Municipalities, civil protection services, the National Institute for Urban Development, the Ministry of Urban Planning, academic institutions, members of Civil Society Organizations, NGOs, as well as representatives of key partners in the country such as the World Bank, UN-OCHA, UNDP, IOM, and the West African Economic and Monetary Union.

The training equipped participants the methodology to draft a Resilience Framework for Action in Ouagadougou’s sub-city Arrondissement nº8, an area where PSUP already undertook slum upgrading activities contributing to resilience building in 2016. These activities include the construction of a rainwater drainage channel and drainage pavements along steep slopes; equipping a local health and maternity centre with photovoltaic energy to increase the sustainability of the centre’s energy use; and a recycling project to increase livelihood opportunities for community members and decrease the clogging of drainage channels.

Further activities are ongoing under this new initiative in the Caribbean and Pacific demonstrating climate resilience building on the ground, while aiming at increasing the global knowledge and exchange on citywide climate resilience building, by focusing interventions in marginalized neighbourhoods. In the Pacific region, climate vulnerability assessments of five informal settlements in both Fiji and Solomon Islands have already been undertaken in collaboration with local authorities and community organizations, using drone mapping, mobile survey technology and GIS.

Within the Caribbean, the project is set to kick off in Jamaica with a scoping mission to Montego Bay planned to identify possible linkages with the Sustainable Montego Bay Action Plan, and explore options for implementation in a selected informal settlement.