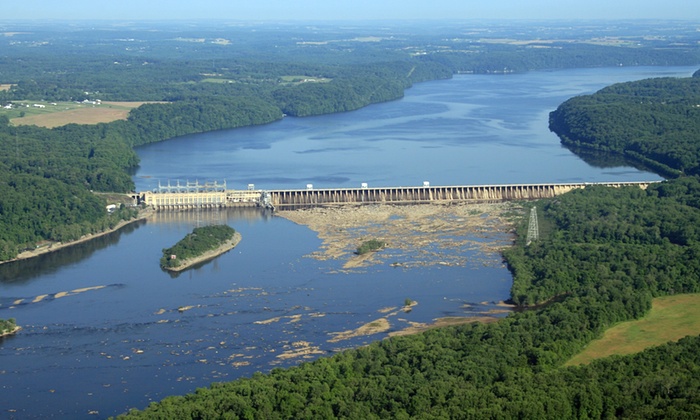 Many hydroelectric dams produce modest amounts of power yet do enormous damage to rivers and fish. Why not free our rivers from these ageing structures and build solar farms in the drained reservoirs?

Hydroelectric power is often touted as clean energy, but this claim is true only in the narrow sense of not causing air pollution. In many places, such as the US East Coast, hydroelectric dams have damaged the ecological integrity of nearly every major river and have decimated runs of migratory fish.

This need not continue. Our rivers can be liberated from their concrete shackles, while also continuing to produce electricity at the site of former hydropower dams. How might that occur?

A confluence of factors – the ageing of many dams, the advent of industrial-scale alternative energy sources, and increasing recognition of the failure of traditional engineering approaches to sustain migratory fish populations – raises fresh possibilities for large rivers to continue to help provide power and, simultaneously, to have their biological legacies restored.

The answer may lie in “sharing” our dammed rivers, and the concept is straightforward. Remove ageing hydroelectric dams, many of which produce relatively small amounts of electricity and are soon up for relicensing.

When waters recede, rivers will occupy only part of the newly exposed reservoir bottoms. Let’s use these as a home for utility-scale solar and wind power installations, and let’s employ the existing power line infrastructure to the dams to connect the new solar and wind power facilities to the grid.

This vision both keeps the electricity flowing from these former hydropower sites, while helping to resurrect once-abundant fish runs, as has recently happened in Maine.