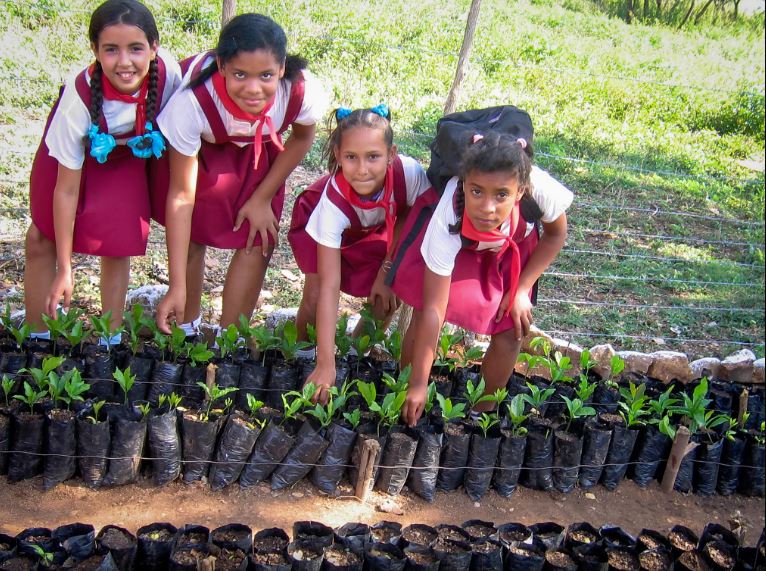 The Sabana-Camagüey Archipelago extends along the central northern coastline of Cuba for 465 kilometers, from Punta Hicacos in the west, to Nuevitas Bay in the east.

These islands lie at the heart of the broader Sabana-Camagüey Ecosystem (SCE), which includes a mosaic of sensitive marine environments (sandy beaches, seagrass beds, coral reefs and cays); mangrove swamps and forested dune systems; inshore lagoons and wetlands, and other coastal habitats of the adjacent Cuban mainland.

Over the years, the ecosystems of the Sabana-Camagüey region came under varying degrees of pressure as a result of unsustainable practices in sectors such as agriculture, livestock, fisheries, and tourism – all of which play an important role in the local and national economy. Conflicts between competing land uses emerged, and with the closure of sugar factories in the 1990s many people were left without their traditional livelihoods.

Working at pilot sites (including two Ramsar wetlands), a wealth of biodiversity-compatible livelihoods was introduced, including: nature-based tourism, agro-forestry, bee-keeping, sustainable livestock management, and the sustainable cultivation of mangrove oysters and natural sponges. 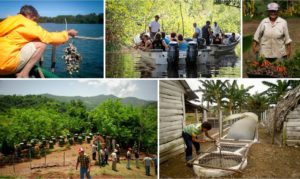 In previously degraded wetlands, farmers now adopt sustainable approaches to raising water buffaloes for meat and milk, whilst restoring wetland health. In areas previously under sugarcane, farmers now cultivate a wide variety of crops, nurturing them with organic compost from worm farms, and using biogas for their energy needs.

The net effect of these changes has been to restore ecosystem health, with additional benefits for food security and economic prosperity. Best practices developed in the SCE have now been scaled-up and replicated at other sites.

Three institutions of the Cuban Ministry of Sciences, Technology and Environment (formerly the Academy of Sciences) participate in CARICOMP: the Institute of Oceanology (IO), the Institute of Ecology and Systematics (IES), and the Coastal Ecosystems Research Center (CERC). The excellent new research facility of CERC at Cayo Coco contains a well equipped Class A meteorological station.

Human influence on marine, coastal, and terrestrial environments is limited. Wave action and sedimentation are the most important physical stressors governing the ecology of this offshore marine shelf. Freshwater runoff is limited and apparently influences salinity only very close to the coast. The virtual absence of the black urchin Diadema antillarum, since a massive die-off in the early 1980s, probably accounts for the great proliferation of fleshy algae on reef rocky substrates.

All this good news aside, it should be noted that the archipelago is deeply threatened by a series of causeways (pedraplanes in Cuban Spanish) built hurriedly in the 1990s so that Spanish hoteliers could build waterfront hotels.