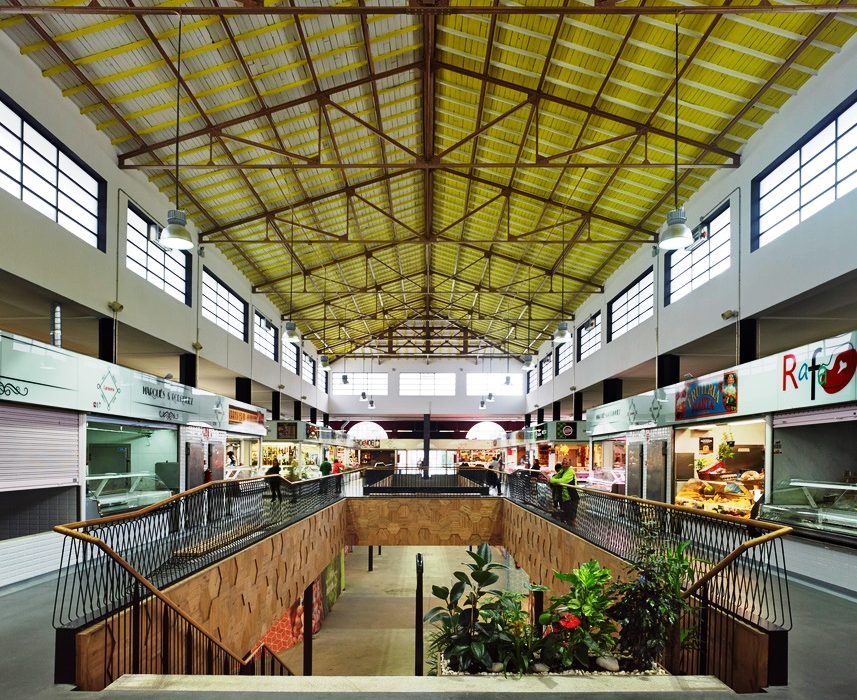 Lugo is a city in the Celtic region of Galicia in northwestern Spain, and is the capital of the province of Lugo. The city has a population of almost 100,000, which makes it the fourth most populous city in Galicia. 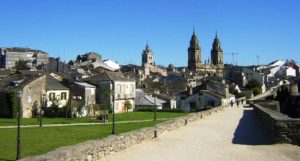 Lugo was one of imperial Rome‘s most important cities in Spain. It’s the only city in the world that’s completely surrounded by intact Roman walls.

The spectacular walk along the top is continuous around the entire circuit, and features ten gates.

These treasured 3rd-century walls are protected by UNESCO as a World Heritage Site. 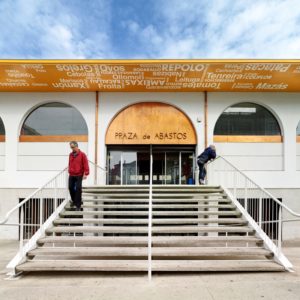 One of the most important architects of Galicia was Eloy Maquieira (1901-1944).

His premature death probably deprived the world of many brilliant works.

His public market in Lugo is a sample of his talent, and it has now been renovated by two Spanish architectural firms, OLAestudio and MERCASA.

A badly-designed renovation in the 1990s defaced the structure, and many interior elements had been added over the decades.

So, the current renovation had two essential missions: 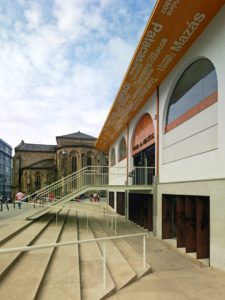 The upper floor now opens onto the ground floor. The central space has now been cleared. A balustrade-bench gives unity to the whole.

The entire original structure has been refreshed with new paint, a combination of white, green and alternating gold to revitalize the atmosphere.

The market opens to the outside with a stone plaza on the ground floor.

Prior to this project, the building had been constantly surrounded by vehicles.

This greatly diminished its aesthetic values, while making the area unpleasant and dangerous for pedestrians.

The public space has now been restored for human use, and covered with colored gravel to please the neighbors.

The elimination of surface parking was achieved by connecting the market to a nearby underground car park via a concrete walkway. 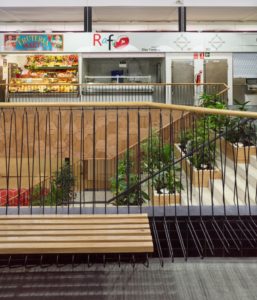 Skylights and wood paneling humanize the passage, and frame the Roman archaeological remains.

The most difficult part of the renovation was demolishing certain interior elements in order to open-up the space visually.

Until now, the market was seldom mentioned in tourist publications, and isn’t presently mentioned at all of the city’s extensive Wikipedia page. This renovation will likely rectify that situation.

The architects’ goal was to boost light, warmth, and timelessness, and that has certainly been achieved. This, in turn, should help revitalize the local economy by adding a new tourist attraction.

All photos by Héctor Santos Diez courtesy of OLAestudio and MERCASA unless otherwise credited.