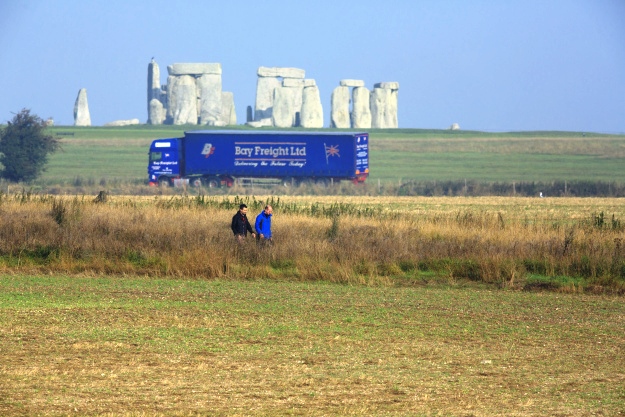 Plans to build a tunnel under Stonehenge have been welcomed in an influential report published April 29, 2016.

The report by UNESCO and the International Council on Monuments and Sites (ICOMOS) recognised the benefits the 1.8m (2.9km) project.

In 2014 the government announced it would commit to building a tunnel, removing the A303 from the landscape.

The report highlights the recent improvements to the Stonehenge Landscape, namely the removal and grassing over of the A344 road, undertaken by English Heritage in partnership with the National Trust to reunite the Stonehenge monument with the wider landscape, as a success story and a vision of what could be achieved with the A303 [7].

Helen Ghosh, Director-General for the National Trust says: “We welcome this report which recognises the unmissable opportunity the Government’s road improvement scheme presents finally to address the blight of the existing A303 and the recommendation that heritage is put at the heart of any proposed scheme. At the moment the A303 cuts through the middle of the World Heritage Site, compromising its integrity and harming the setting of many monuments.”