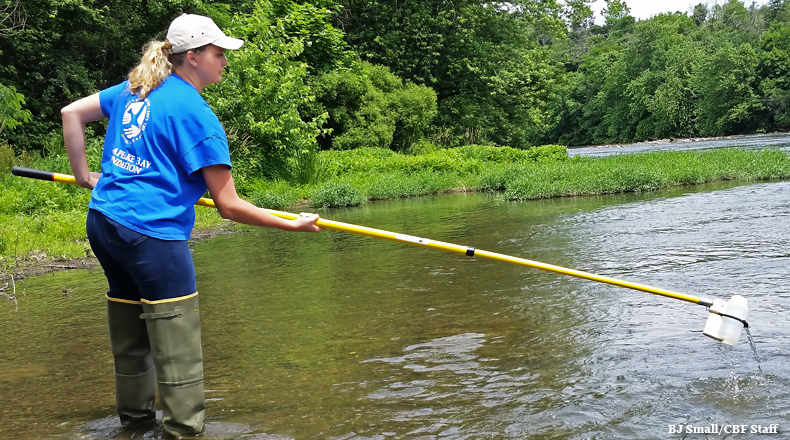 Storm water is the number one source of pollution in Virginia‘s Hampton River, according to the Chesapeake Bay Foundation (CBF).

To combat that, local groups are turning to oysters.

Heather North, Oyster Restoration Specialist, said, “A single adult oyster can filter 50 gallons of water a day in the summer month, and that’s a lot of water for one oyster.”

They’re working with students from Hampton University on the oyster restoration.

One of those students, Jonathan Rogers, said, “Our Hampton River, our environment, the ecology of the river, the biodiversity of the river depends on it. Oysters play a major role in all of that.”

In the four centuries since the explorations of Captain John Smith, the Chesapeake Bay has lost half of its forested shoreline, more than half its wetlands, nearly 80 percent of its underwater grasses, and more than 98 percent of its oysters. Across the watershed, approximately 1.7 million acres of once-untouched land were developed by 1950. Development has accelerated dramatically since then, with an additional 2.7 million acres built on or paved over between 1950 and 1980.

The human pressure of these changes has imposed heavy negative impacts on the health and resilience of the Bay. Although we will never return to the pristine territory explored by Captain John Smith during those early voyages, CBF is fighting to return this fragile ecosystem to balance.

For years, CBF has been a leader in restoration efforts that improve the capacity of rivers, streams, and the Bay to treat pollution. In programs across the watershed, many of them conducted with CBF volunteers and partner organizations, CBF is restoring native oysters, planting underwater grasses, and planting trees, to restore the Bay’s natural filters.